3rd January 2009: thousands march through central Manchester in protest against Israeli air strikes on Gaza, and a feared ground offensive. For a pertinent critique of such marches, see 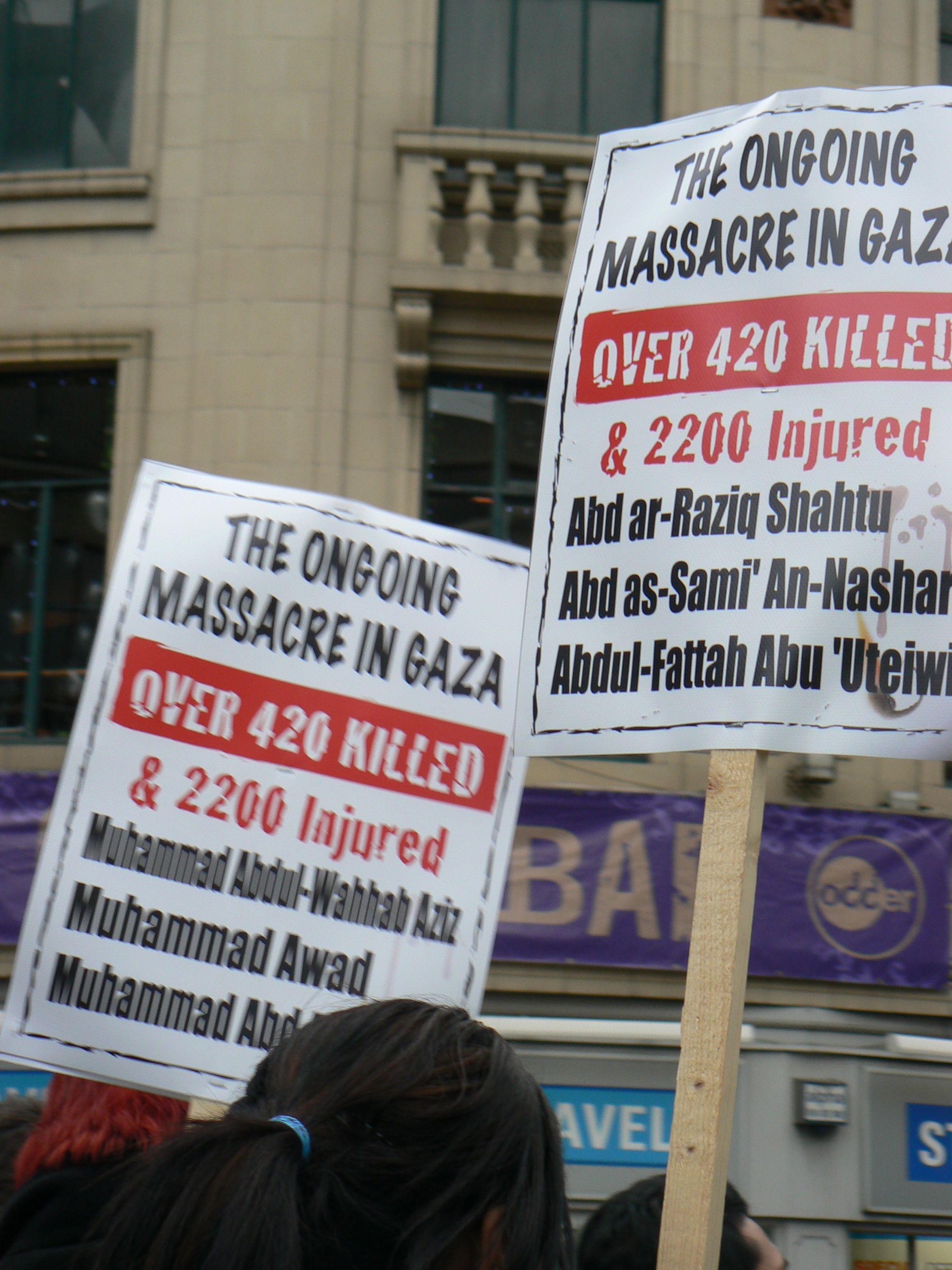 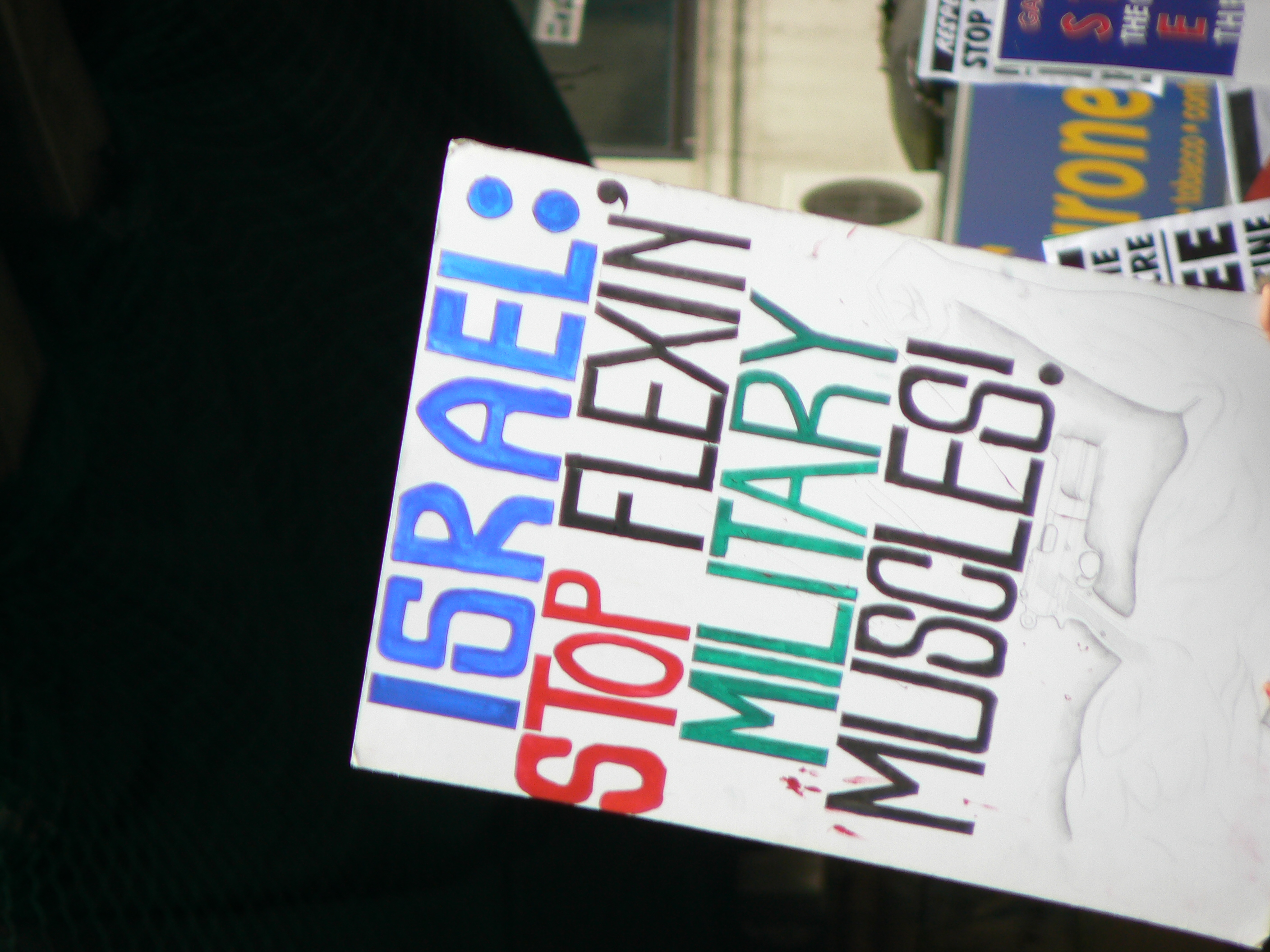 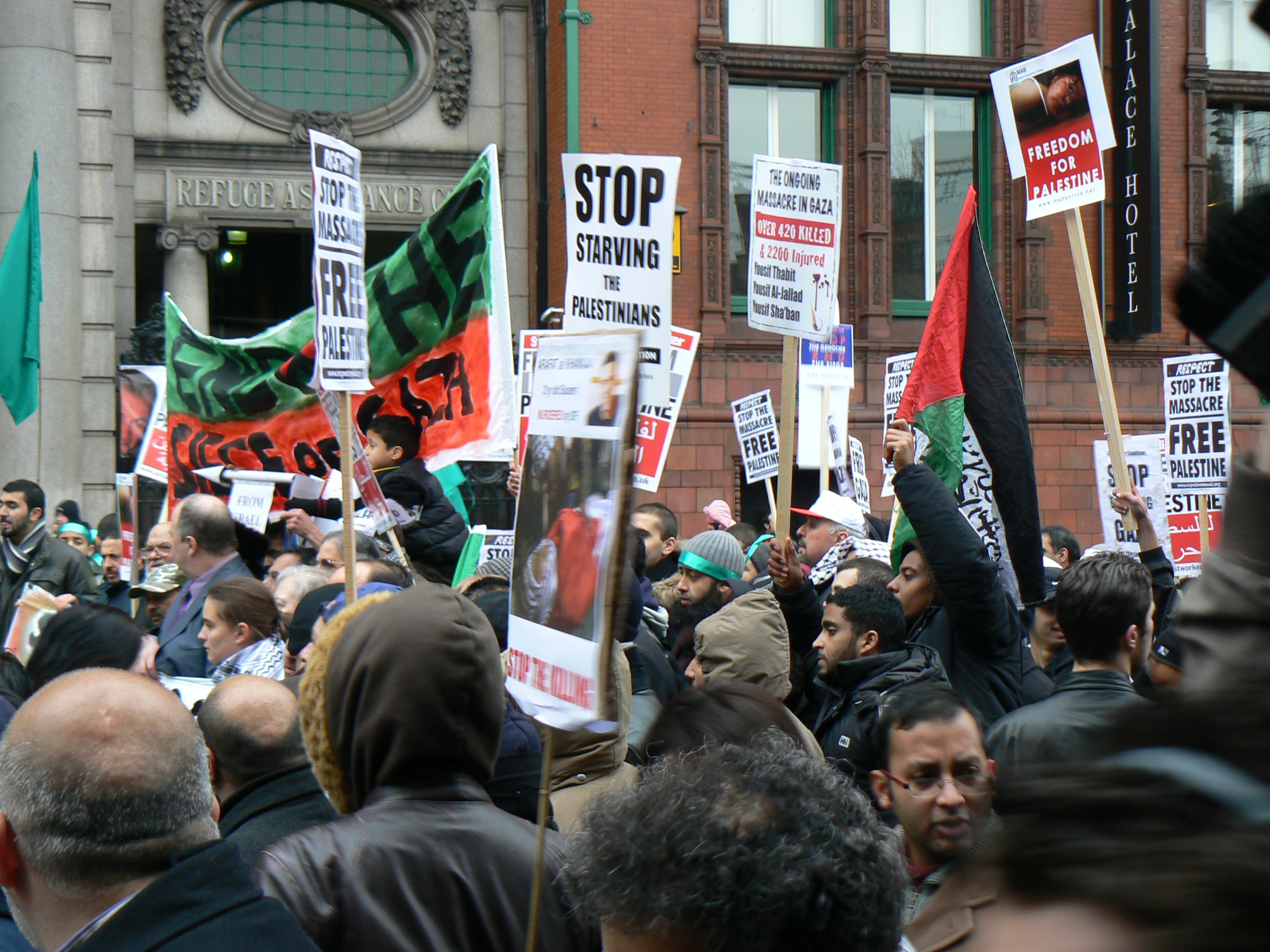 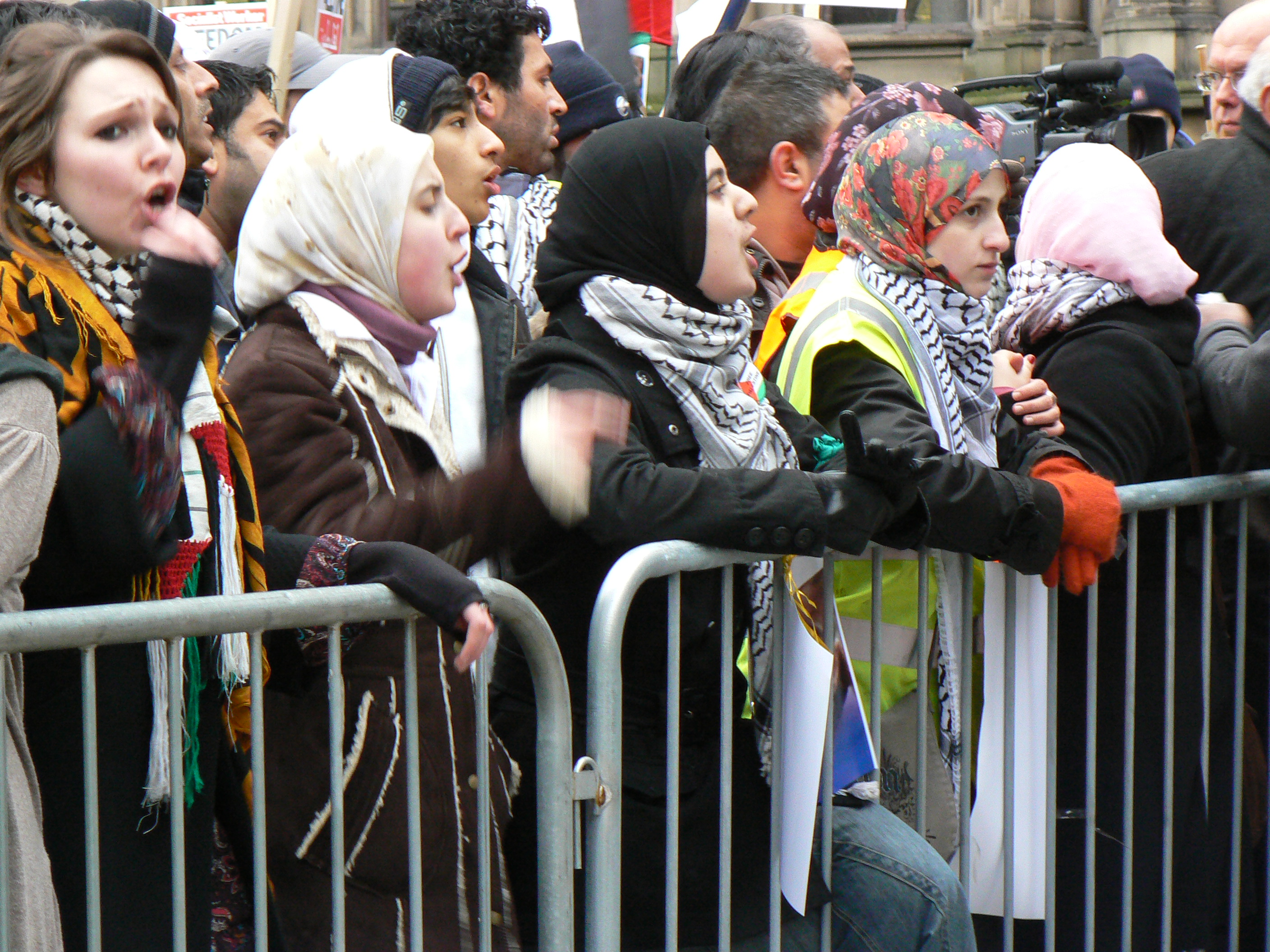 Kevin Brown of the Fire Brigades Union visited the West Bank in June 2008, meeting Palestinians from all walks of life.
“Sometimes it's hard to see whether you're achieving anything with these demos and vigils,” he said today of the 2,000 people who marched through Manchester city centre to call for an end to Israel's air attacks on Gaza, which have killed over 400 people, including many civilians, and wounded over 2,000.
“But,” continued Brown, “my friends in Palestine tell me that it's really important to them to see that people here care about them and are behind them. It means a lot to them, and that's enough for me.”
The march brought together people from many Manchester communities, including members of the Neturei Karta, and ultra-orthodox Jewish group who oppose the State of Israel.
The Manchester crowds today were paralleled by protests around the world, with over 12,000 demonstrating in London and over 1,000 pairs of shoes thrown at Downing Street in a traditional Arab expression of disgust and outrage. Large demonstration took place s in other European capitals, including 20,000 in Paris. Hundreds also marched in cities such as Sheffield and Edinburgh, despite cold weather and less than a week's notice. In Tel Aviv and other Israeli cities, hundreds turned out to reject their government's policies.
Protests in the West Bank have been met with violent responses by the Israeli military, who killed two protesters from the village of Nil'in and fired on demonstrators in Hebron. Many Palestinian citizens of Israel have also been arrested for taking part in protests within the country, according to Israeli peace organisation Gush Shalom.
Sharyn Lock, a Manchester resident currently in Gaza after arriving on one of a number of boats sent by the Free Gaza Movement in defiance of the Israeli naval blockade of Gaza, reiterated Brown's point.
On receiving news of the many demonstrations and vigils going on around the world, she sent the following message by SMS:
“Fatima is so happy telling her family what you just said. 10 people just gained some strength for this night under the bombs.”
But, says Lock, there are fears that the Israeli military is planning a bloody land offensive. On 2nd January, Israel took the unusual stop of permitting several hundred holders of international passports, mainly women married to Palestinian men from Gaza, to leave through the Erez checkpoint, which passes into Israel, and were then bussed into Jordan via the King Hussein (Allenby) Bridge.
“We wonder what they have planned next that they don’t want outsiders here to witness,” said Lock of the Israeli authorities' move.

This article was originally published on: