Protests for Gaza in Holland

Watch this: www.youtube.com/watch?v=78VcKje_dqQ&feature=channel (click on the higher quality button to see it better!)

Since Israel started its attacks on Gaza, four big demonstrations have been organized in the Netherlands. Organizations from different political, religious and ethnic backgrounds have joined forces in a Platform that calls upon the Dutch government to act against Israel and demand Israel to stop the attacks and the occupation of Palestine.

Immediately after the news of the attacks reached the Netherlands, people gathered at the main square in Amsterdam for a vigil.
Three days later a group of Arabic students who are studying in Holland organized a protest in the Hague, the city where the government is seated and where the embassies are located. During a march that passed the government, the American and the Israeli embassy, around 2000 people showed their grief and demanded the Dutch politicians to act against Israels violence.

A Jewish Israeli living in Holland took the stage near the Israeli embassy and condemned his government for the occupation of Palestine and the recent attacks on the Gaza strip. The Palestinians cheered for him and showed him their respect for his support.

On Friday another demonstration took place in the city of Rotterdam, the main port and the 2nd biggest city of the Netherlands. A group of 1500 people protested. This protest was organized by the local branches of four political parties that condemn Israels attacks on Gaza.

Today ten thousand people demonstrated in Amsterdam, the capital of the Netherlands. The protest started with a manifestation with speeches from different representatives of the organizations and political parties and with a music performance by a Palestinian group.

The Netherlands has two large immigrant communities, from Morocco and Turkey. From both groups many representatives were present and they showed their solidarity with the Palestinian people.

During the demonstration the demonstrators marched through the city center of Amsterdam chanting for a free Palestine and condemning the Dutch government for its complicity with the siege and bombing of Gaza.

Until now the government has not responded or voiced its concern for the people of Gaza.

A member of the Socialist Party and spokesman for Foreign Affairs chanted: 'Intifada, Intifada, Palestine Free Now!' with the rest of the protestors. After the demonstration he has called the government for an urgent debate to force them to condemn the Israeli attacks on Gaza.

In the next days more actions against the Israeli invasion into the Gazastrip will follow. Currently a plan for a 24 hour presence to protest near the Israeli embassy in the Hague are being discussed.

Pictures from the Amsterdam 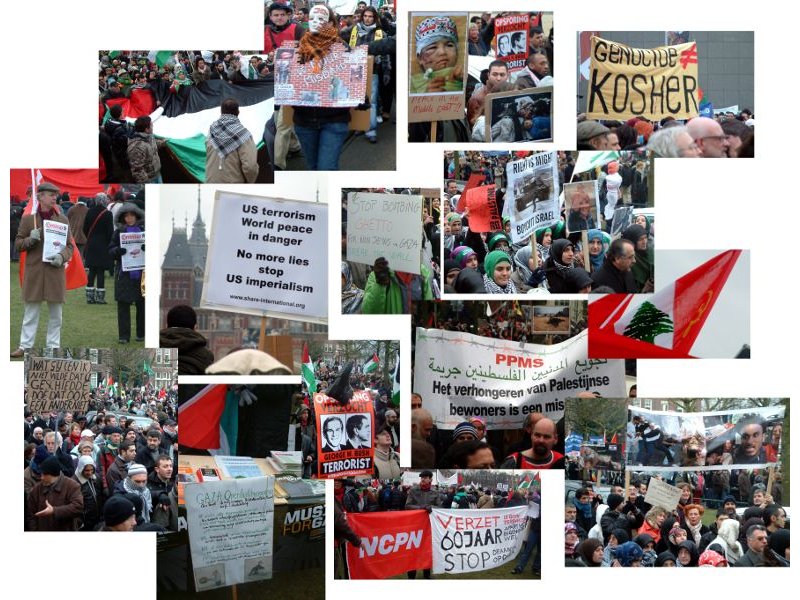 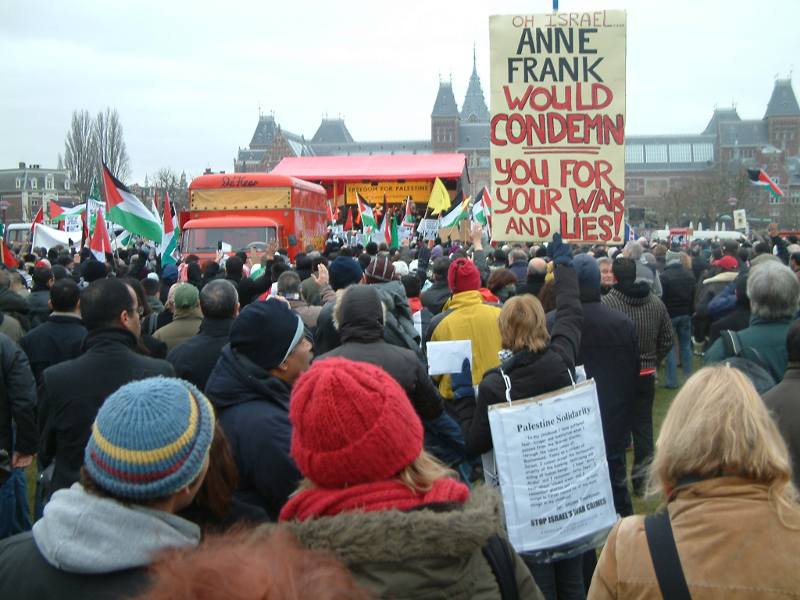 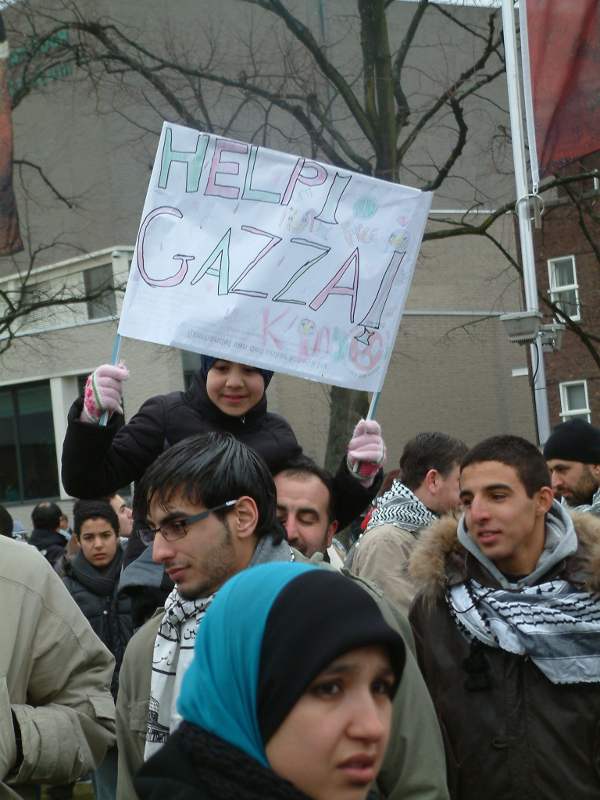 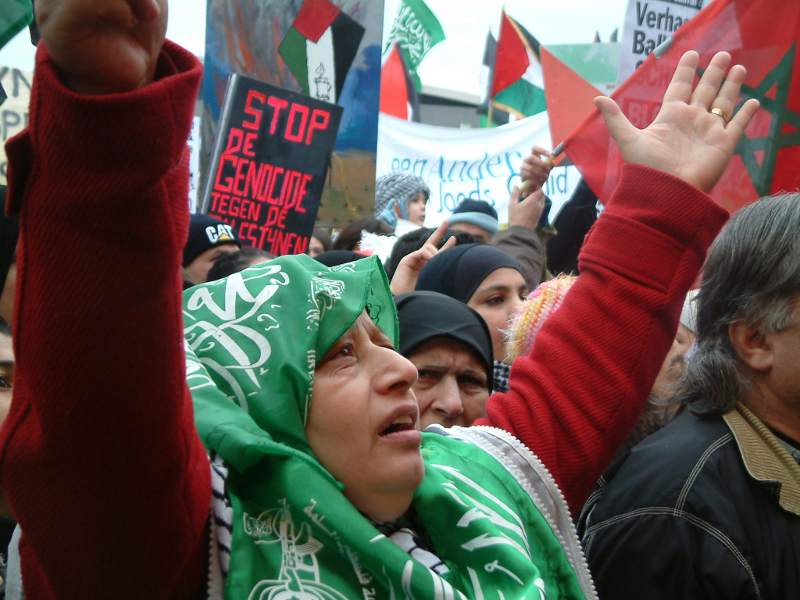 Woman at front of crowd 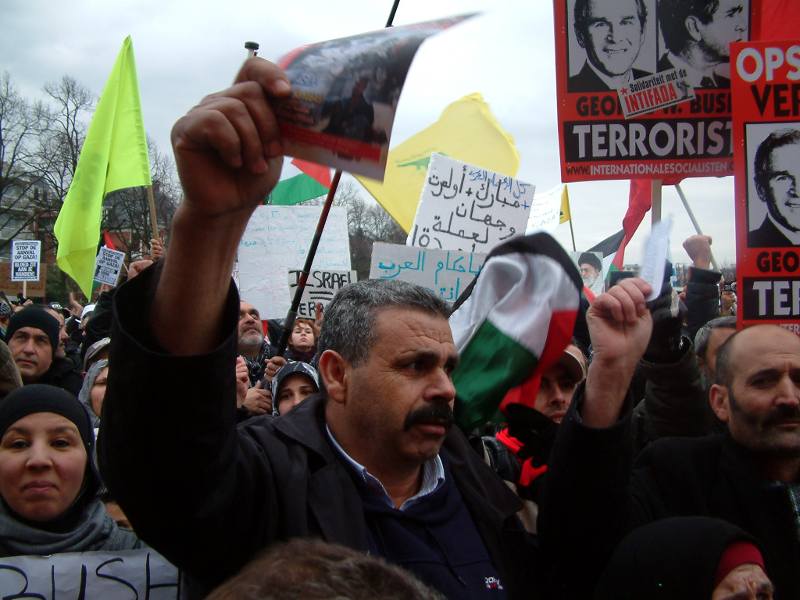 Man at front of crowd 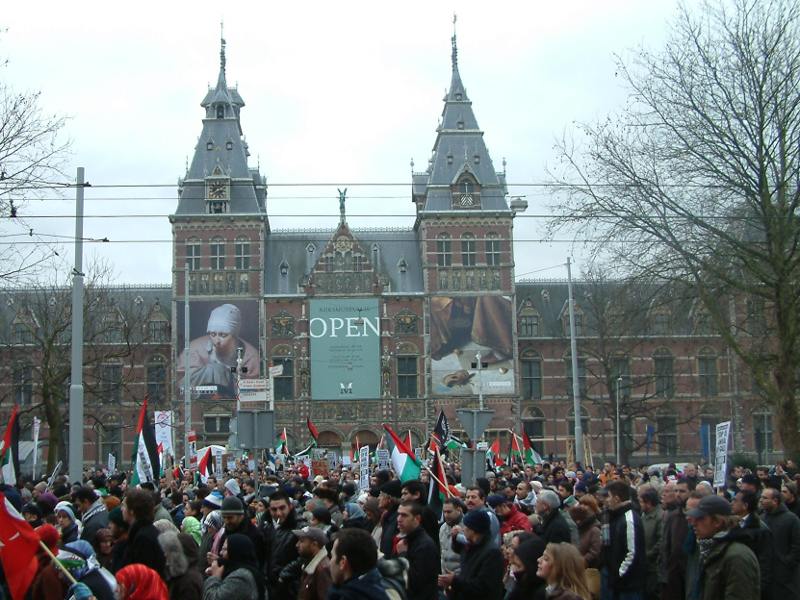 Marching round the Rijksmuseum 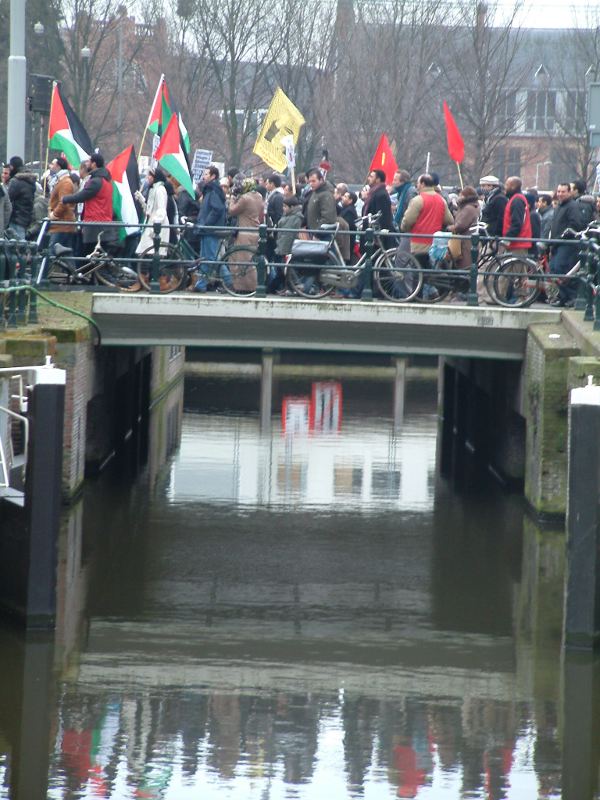 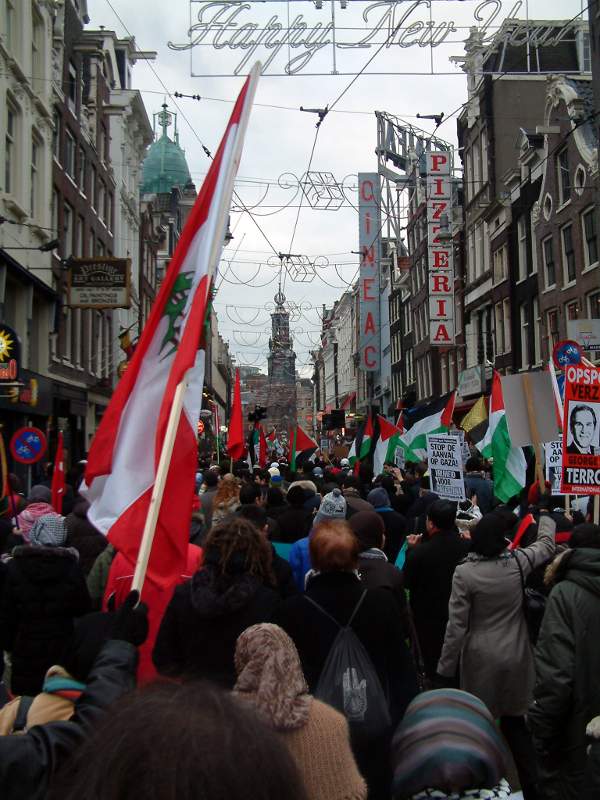 Demonstration on the 3rd.