This Wednesday evening at The Library House... 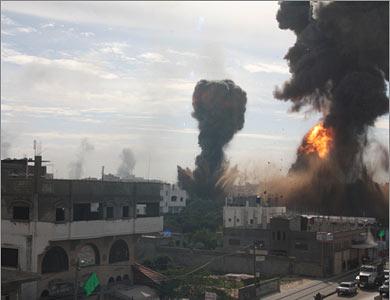 "A thought-provoking and powerful documentary film on the current and historical
root causes of the Israeli-Palestinian conflict and US government involvement.
Occupation 101 presents a comprehensive analysis of the facts and hidden
truths surrounding the never-ending controversy and dispels many of its
long-perceived myths and misconceptions.

The film also details life under Israeli military rule, the role of the United
States in the conflict, and the major obstacles that stand in the way of a
lasting and viable peace. Unlike any other film produced on the conflict,
Occupation 101 explains the complicated reality with precision storytelling
through a series of highly stylized visual edits, and gives audiences a
complete context with which to better understand the Israeli-Palestinian
debate."

Plus other short films on Palestine.

The Library House's 'Cafe Marie' opens its doors at 6pm so feel free to come
down earlier for some fantastic home-cooked cuisine courtesy of South London's
latest autonomous collective.