Daily demonstrations opposite the Israel Embassy in London against the killings and injuries in Gaza continue. Photographs Copyright (C) 2009 Peter Marshall, all rights reserved. 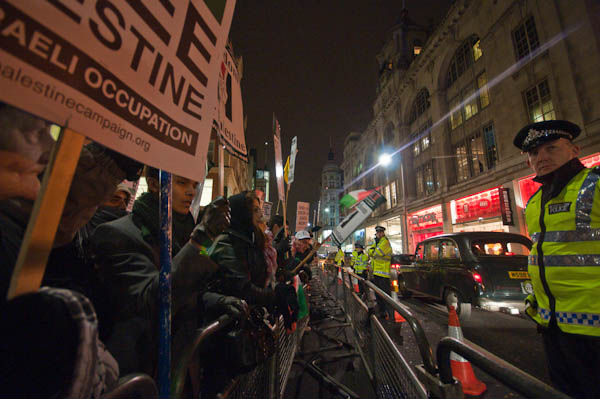 Demonstrators behind a double row of barriers 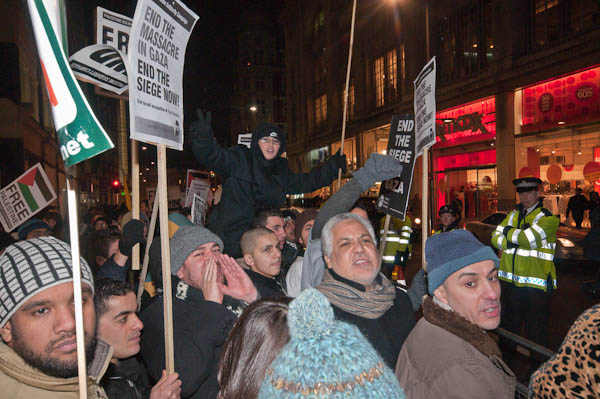 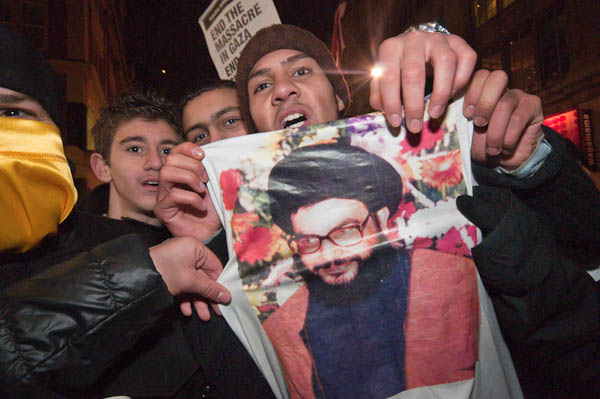 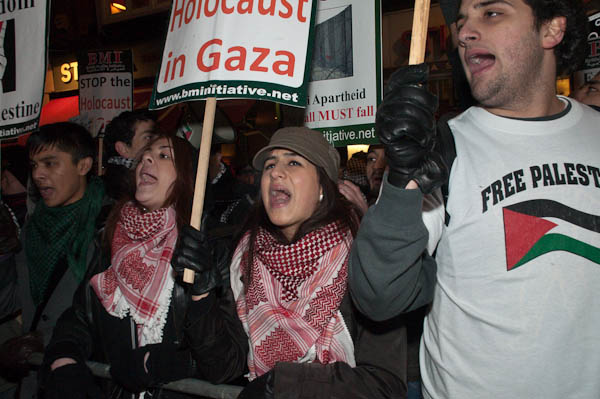 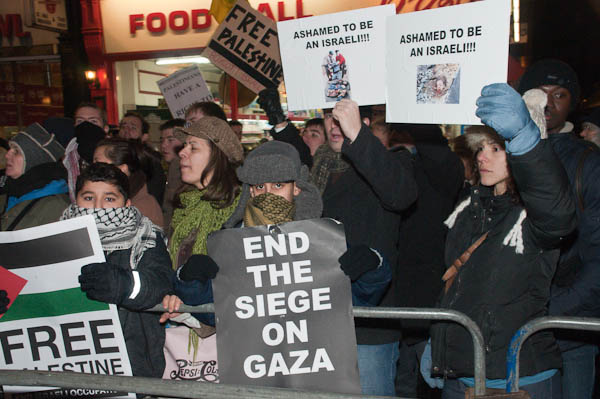 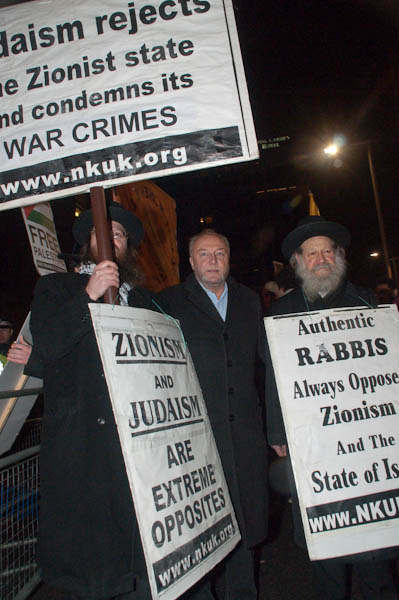 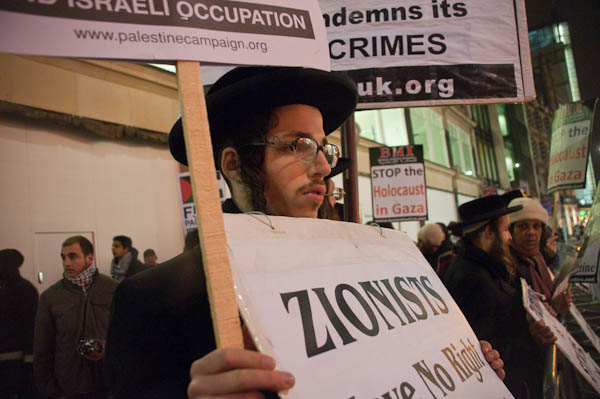 By the time I had to leave around 6.30pm around 500 people had turned up to protest opposite the Israeli embassy about the continuing ground and air attacks on Gaza and its people with its ever increasing death toll - over 680 people killed in 11 days -and to call for an immediate end to Israeli aggression.

Among the many Palestinians and others showing their solidarity with the Palestinian people were several ultra-orthodox Neturei Karta as well as other Jewish groups including the International Jewish Anti-Zionist Network. There were several people holding posters "ASHAMED TO BE AN ISRAELI !!!" and a group of supporters of Haitian human rights activist Lovinsky Pierre-Antoine (kidnapped in Haiti in 2007) who had come to the Gaza demonstration rather than their normal weekly vigil at the Brazilian Embassy.

While I was there, police were keeping the demonstrators behind a double row of barriers and keeping a single lane of traffic moving on the road in front in both directions. For a very short time I was able to photograph from the area in the front of the demonstration, but one familiar police officer told me that I was getting in his way and I was forced to leave.