Hundreds of anti-aviation protesters are expected to give the government a nasty shock when they return to Parliament after their Winter Recess on Monday 12th January. Protesters from the environmental action group, 'The Climate Rush' will be holding a sit-down picnic at the Departures Gate of Terminal One in Heathrow Airport. The dinner will begin at 7pm sharp and is expected to last several hours. At the same time the Northern Climate Rush will hit Manchester Airport Terminal 3 (Domestic Departures). 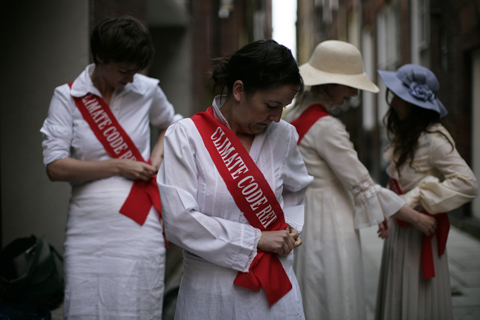