Saturday 10th January saw another evening of demonstrations in solidarity with the people of Gaza outside the Israeli embassy, High Street Kensington, London.
This time the police came out in very large numbers, with shields etc, and there were some pretty violent scenes... yet again. 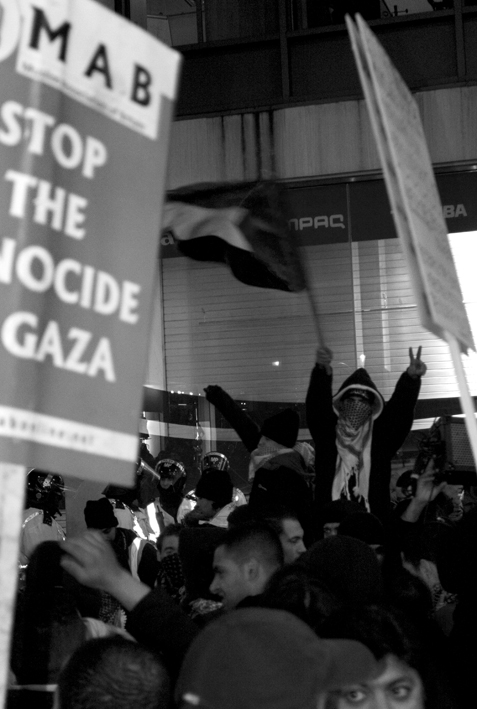 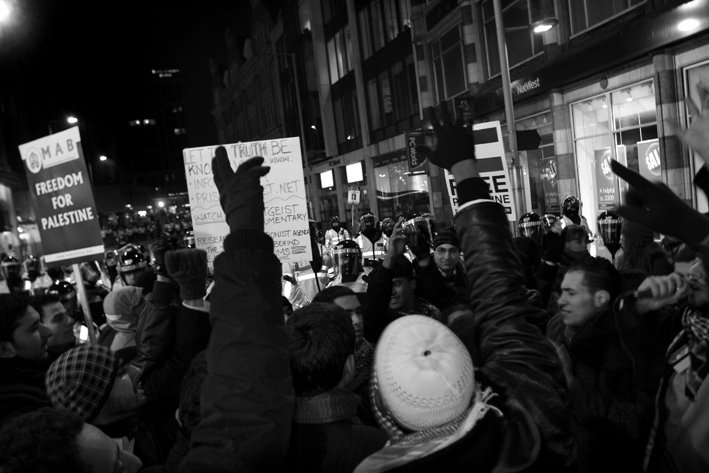 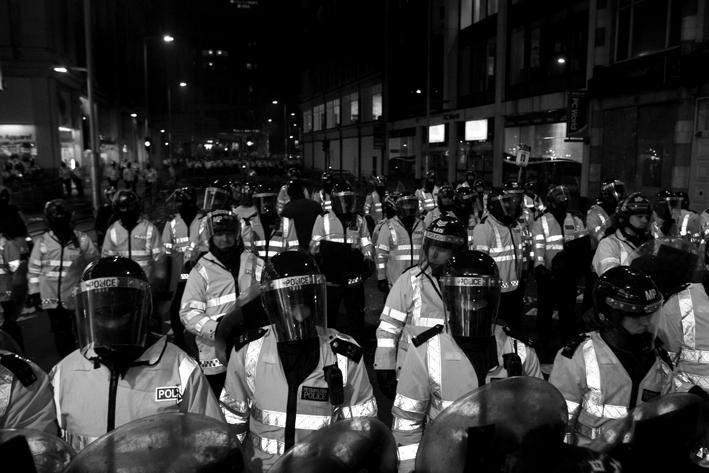 10.01.09 Gaza solidarity demo outside the Israeli embassy. Police out in force. 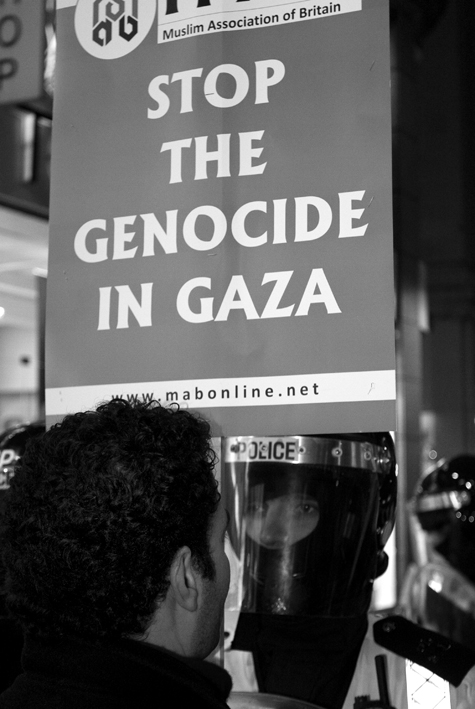 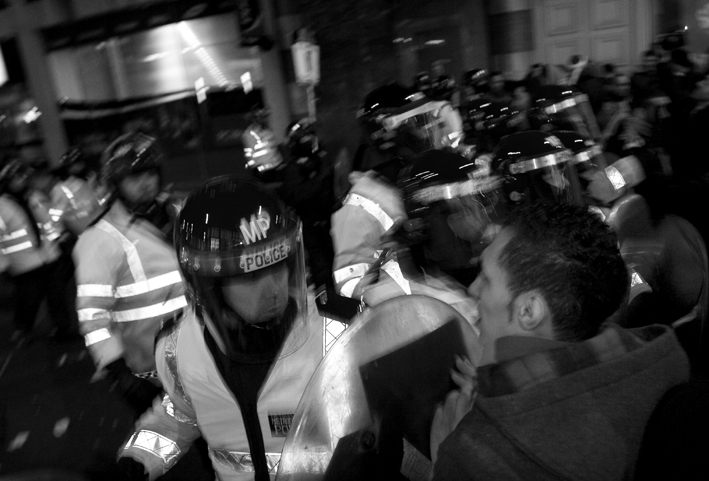 It was hard to judge the size of the crowd outside the embassy, because they were divided up into sections which were then moved away from each other. From around 6-8pm there were perhaps 5 - 10,000 people there and hundreds of police.

I saw at least ten people being searched, led away to police vans, and presumably arrested. This was happening on the right hand side of the demo.

There was some moderate violence, and it has to be said this was initiated by the police where I was, who seemed intent to drive even small sections of the crowd away as far as possible.
Their main tactic seemed to be to rush forward aggressively and barge or hit people with their shields.

The police caused a crush last night outside the Israeli embassy. When they split the crowd in two they compressed one section of the crowd who were unable to get out because the police wouldn't take down the barriers. They then charged the crowd and the consequence was a panic where crushing was taking place until we managed to push over the barriers. These could have created a tragic situation and indeed two people leaving in neck braces suggest for them at least it was tragic.