Yesterday on the Palestinian solidarity demonstration the crowd stopped outside the entrance to Kensington Palace Gardens on Bayswater Road at about 3pm. It seemed to be an attempt to get to the Israeli Embassy from behind - and where there was a very thin police presence. Below is a photo report of what happened. More information relating to the protest, it's repercussions and other photos will be put on the Last Hours website (

http://www.lasthours.org.uk) during the coming week. 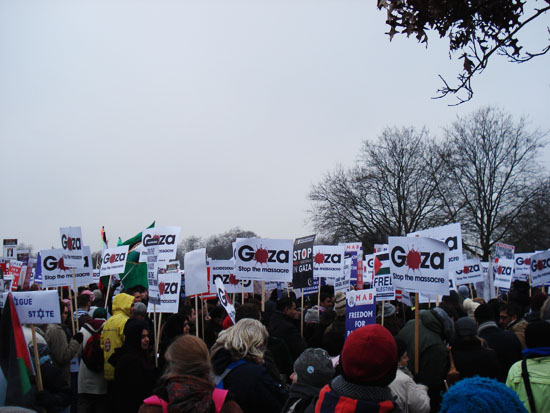 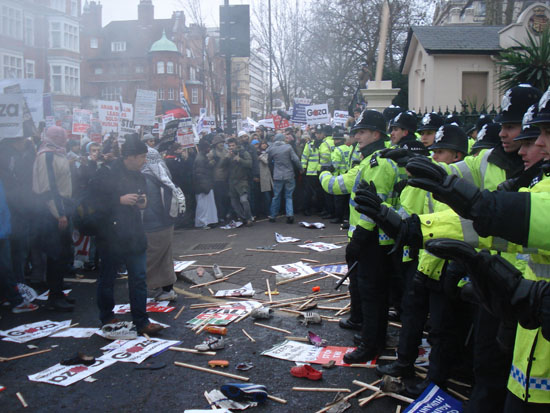 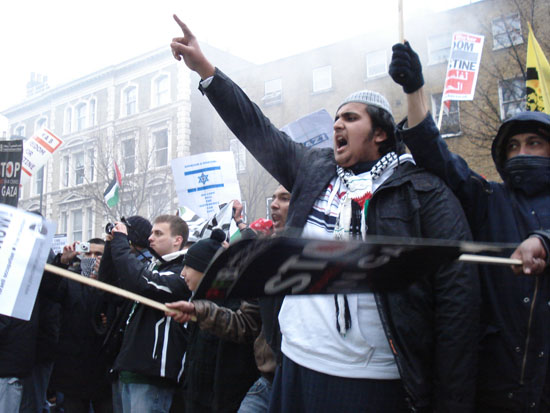 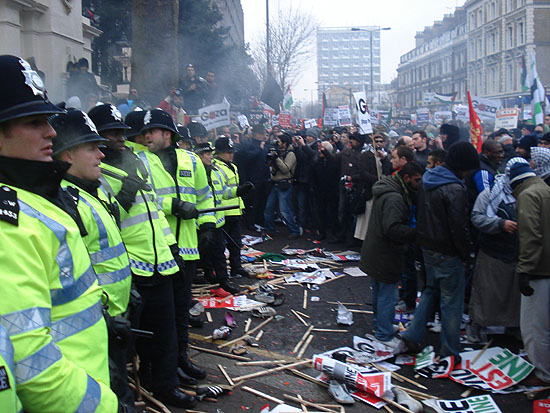 The police draw their batons 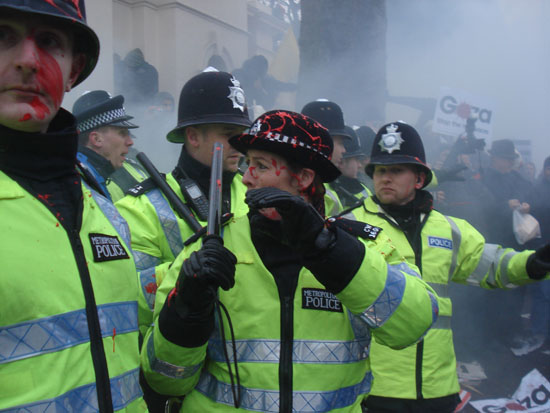 Just before red paint is thrown at them 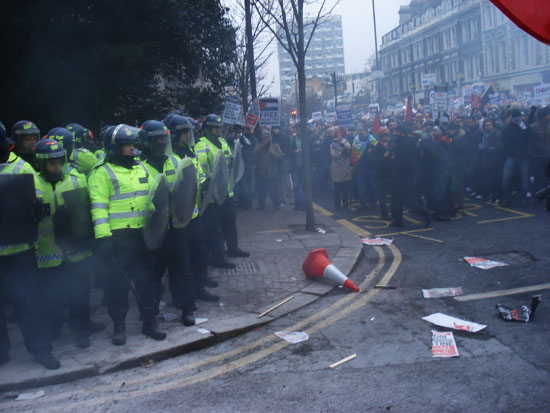 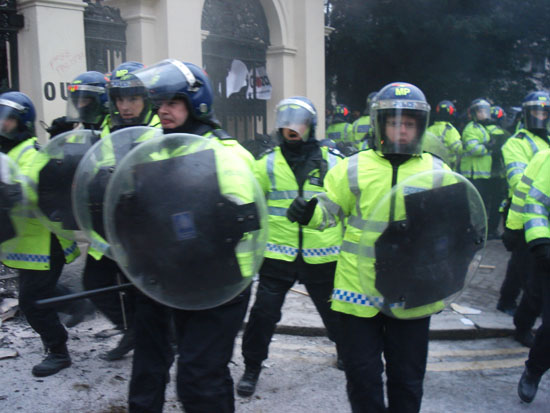 And charge at the crowd 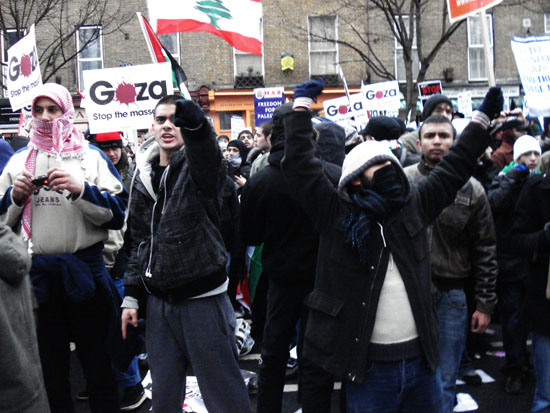 The crowd hold their ground, and continuing shouting 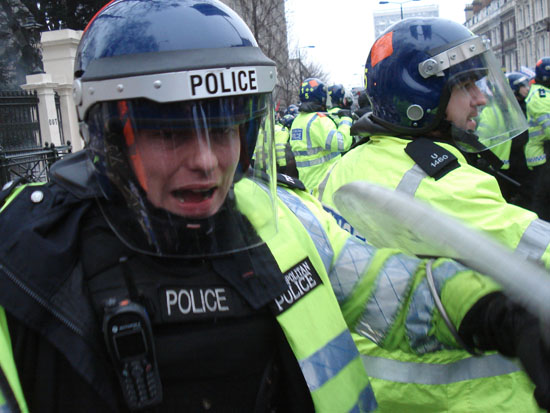 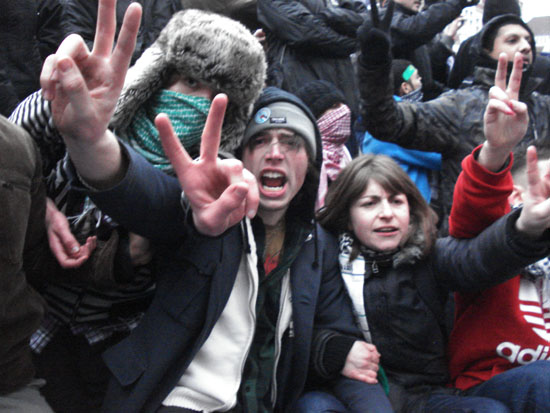 As a small group stage a sit-down 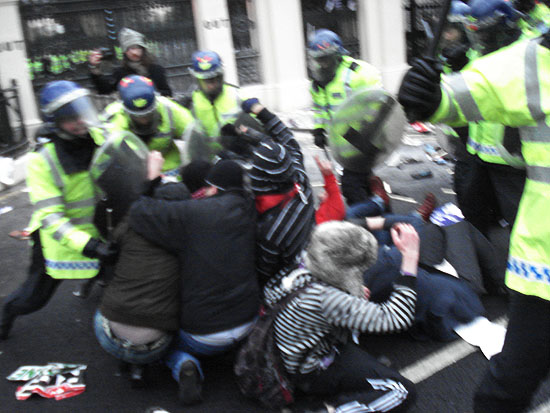 A couple of minutes later the police attack the sit down 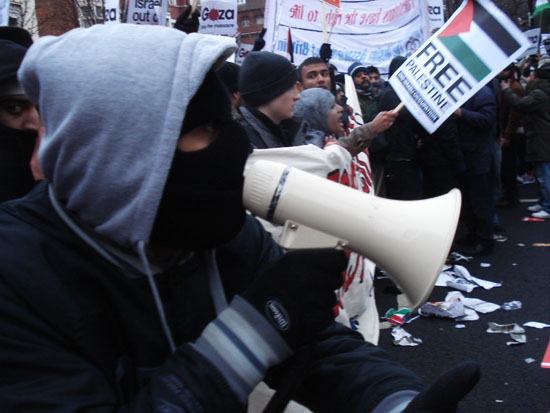 The crowd express their feelings about the riot police 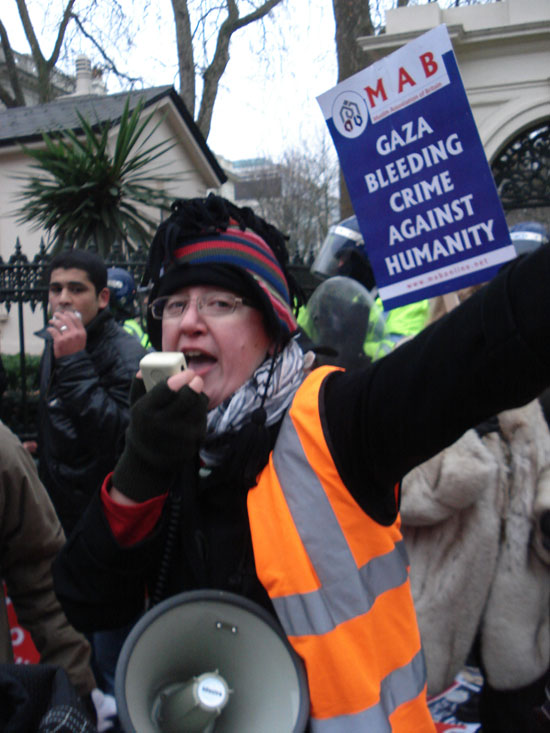 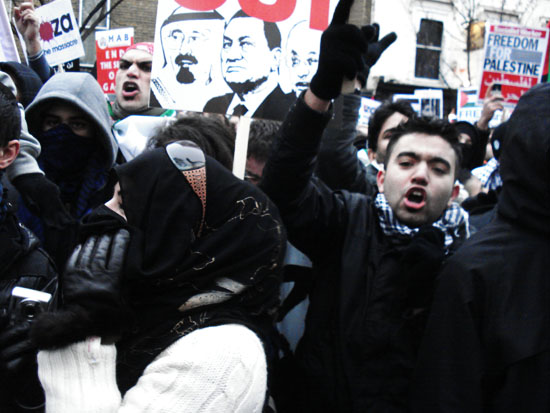 The crowd tells the STWC steward what they think 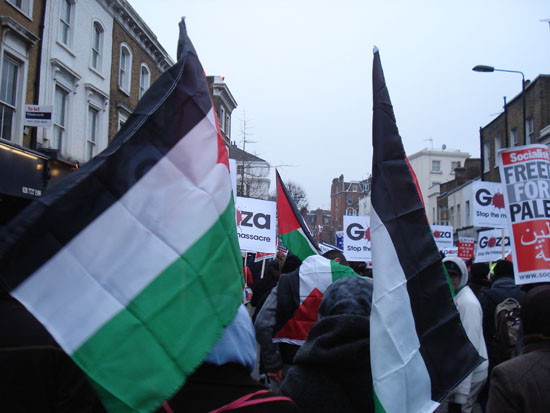 Still, the crowd begins to move off 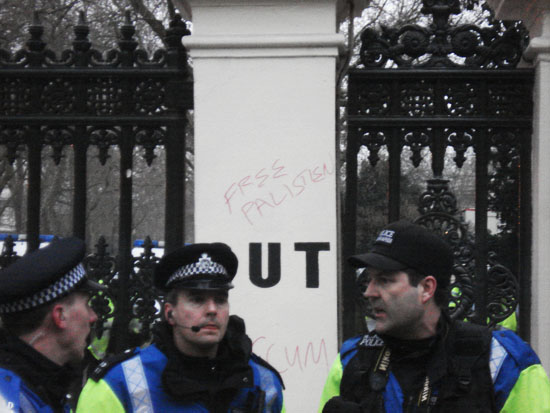 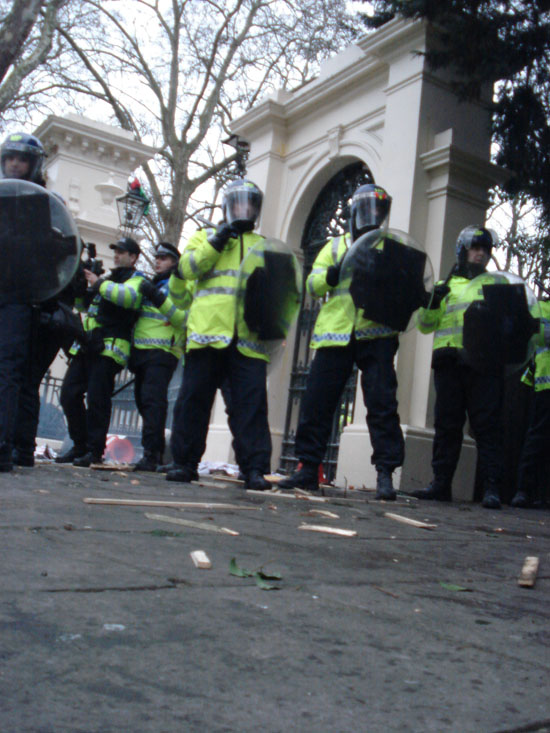 The riot police hold the ground as people leave 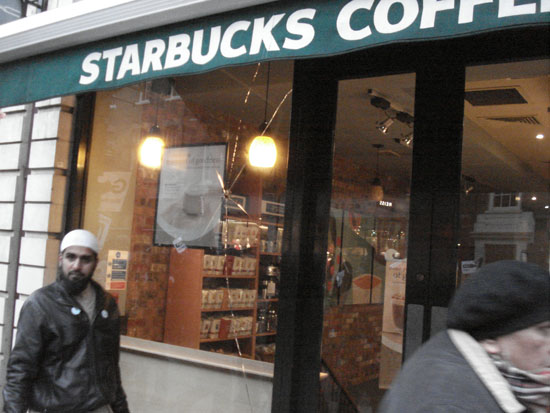 Ten minutes later a Starbucks' has it's window put in 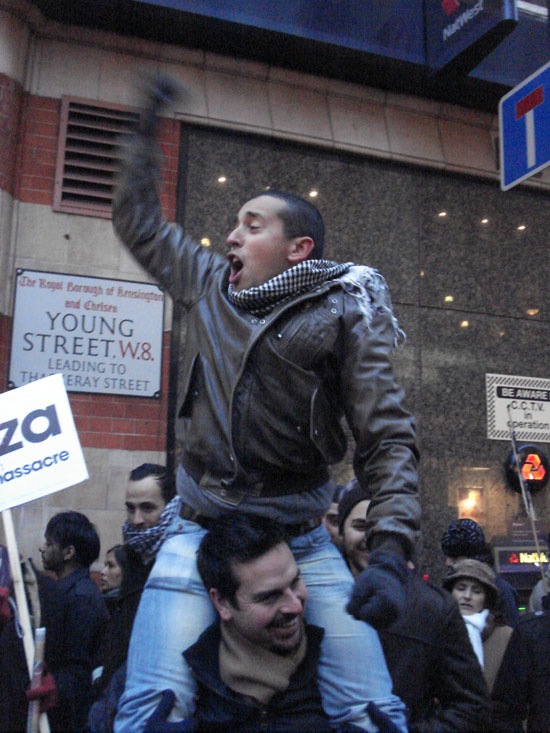 Before everyone arrives on High Street Kensington, and the Israeli embassy

About an hour into the march we all heard an explosion. In the distance a plume of smoke rose, and to my right a line of police started running towards it. I followed with my camera. When I arrived there a fire had been started, and smoke bombs launched. Apparently people had made an attempt to go down Kensington Palace Gardens to the back of the Israeli embassy. When I arrived there was a stand-off between police and the people on the march. Sticks, bottles, shoes and (oddly) a mobile phone were thrown at the police. The tense stand-off lasted for around half an hour before people started moving off after more and more riot police arrived on the scene.

There's reports of what happened later at the front of the embassy both here:

http://www.lasthours.org.uk) in the coming week.

More stuff up on Last Hours

An analysis of the day is up at