A Starbucks on Shaftesbury Avenue in central London was smashed this evening, presumably in solidarity with the people of Gaza. 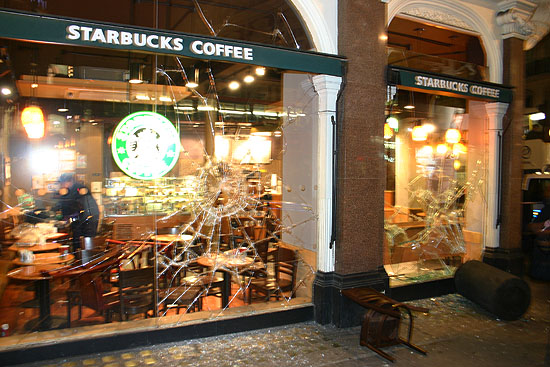 Cycling along Shaftesbury Avenue at around 6pm I discovered the Starbucks on the street had had both of it's windows knocked out. When I arrived the police evidence gathering team were there too who said they thought it had happened an hour earlier. They appeared to be dusting for footprints. From what I could see whoever had smashed out the windows had used a street dustbin, and a chair from inside to break the windows. The police I spoke to on the scene believed that it had happened about an hour previously, they'd been on the scene for about 20 minutes.

Similar damage to Starbucks has been reported on Indymedia over the course of the past few weeks, and the Starbucks opposite the Israeli Embassy was trashed last Saturday, January 10th, at the large demonstration. Starbucks is being targeted because of their CEO, Howard Schultz, and his support of the Israeli state.

It was done by protesters from todays Gaza demonstration

That window was smashed around 5pm by a large group of several hundred demonstrators who had left the rally for Gaza in Trafalgar Square and were trying to make their way to the Israeli embassy. I saw the crowd of protesters coming up Charing Cross Road and then make their way down Shaftsbury Avenue and then onto Piccaddilly where half of them got corralled by police into a kettle opposite Grean Park tube station. The other half headed back east and then up Bond Street before dispersing.

By the way Starbucks stores have been attacked because they are owned by a staunch zionist who supports Israel.

Starbucks on Piccadilly smashed too 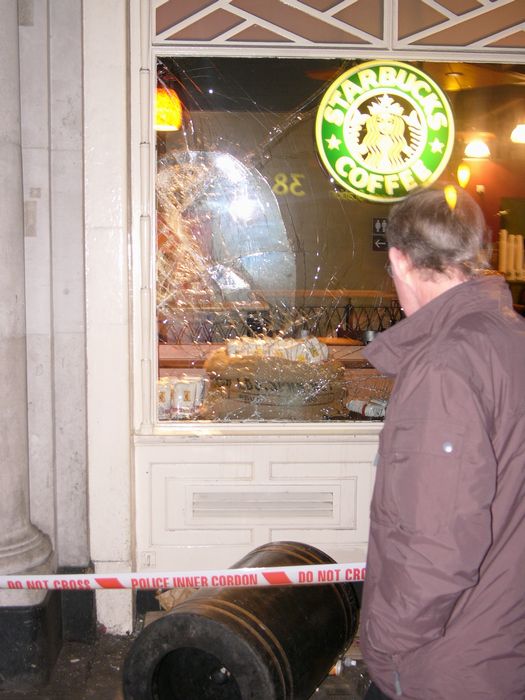 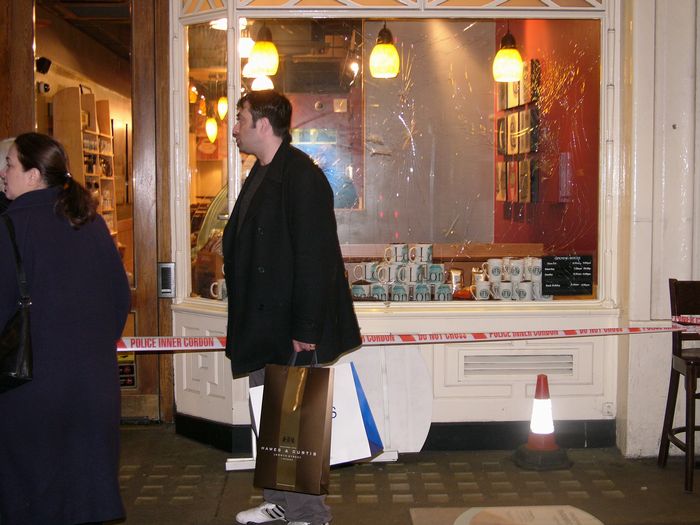 This is the front of the Starbucks on Piccadilly near Old Bond Street, picture taken around 6pm last night.