Photos from protest outside Lloyds TSB in Edinburgh.

Here are 8 photos from the demo outside Lloyds TSB in Edinburgh on Saturday 17th January 2009. There are links to reports of protests around the country. 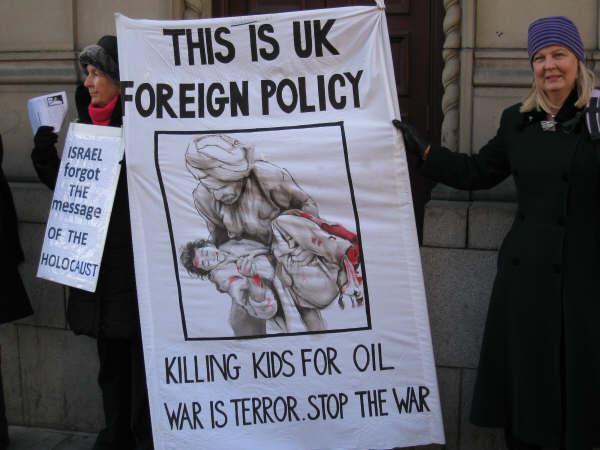 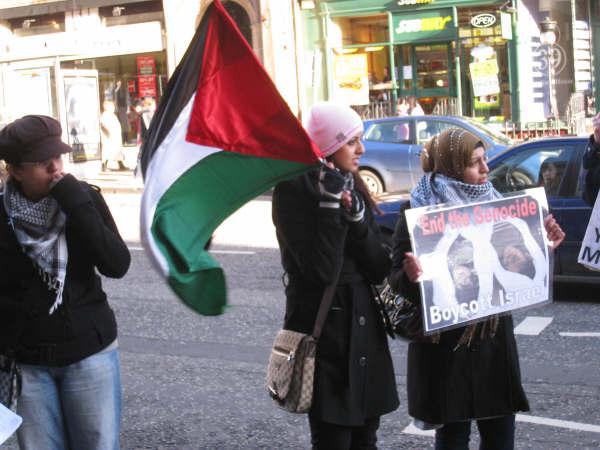 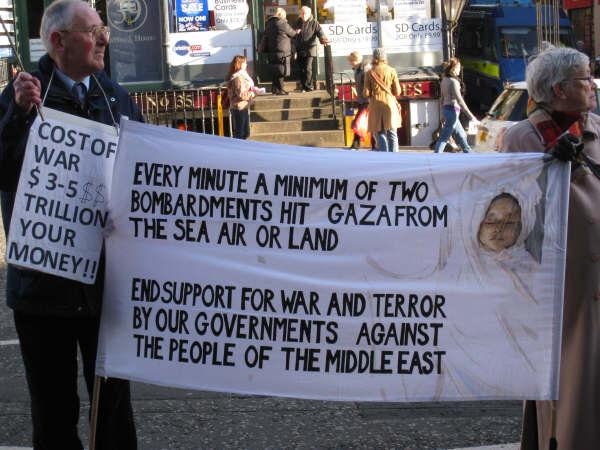 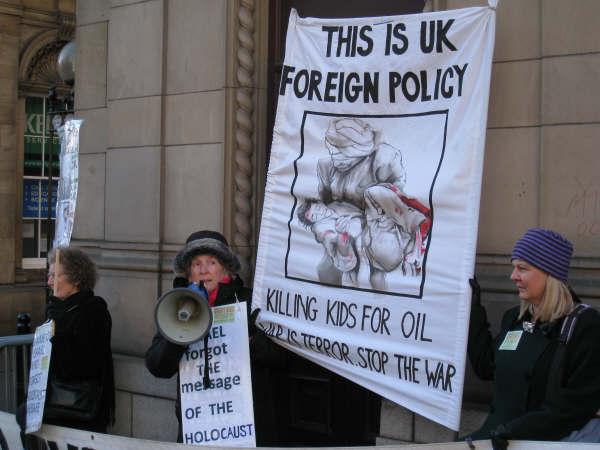 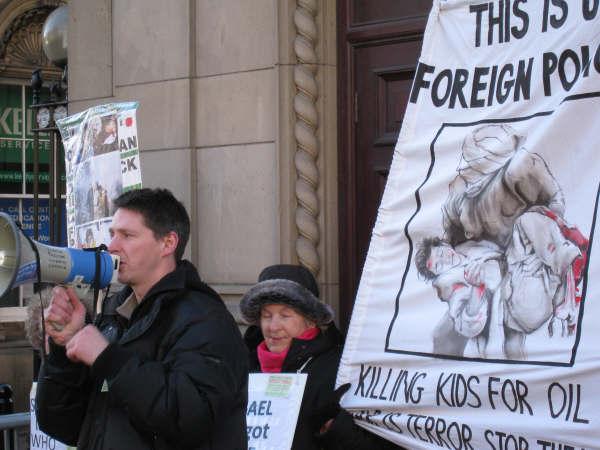 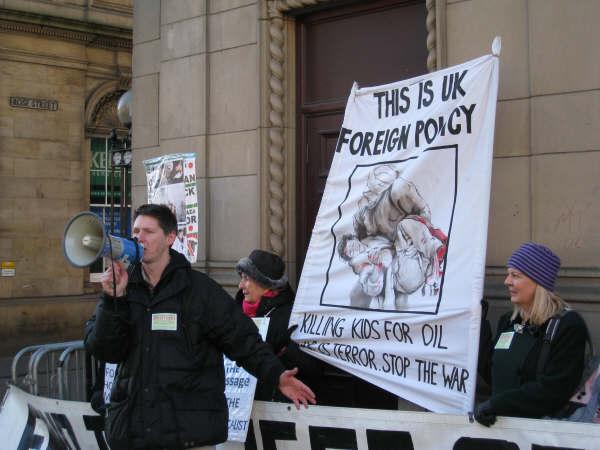 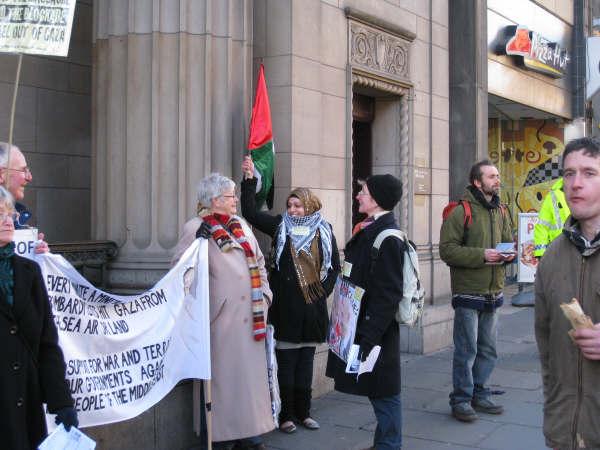 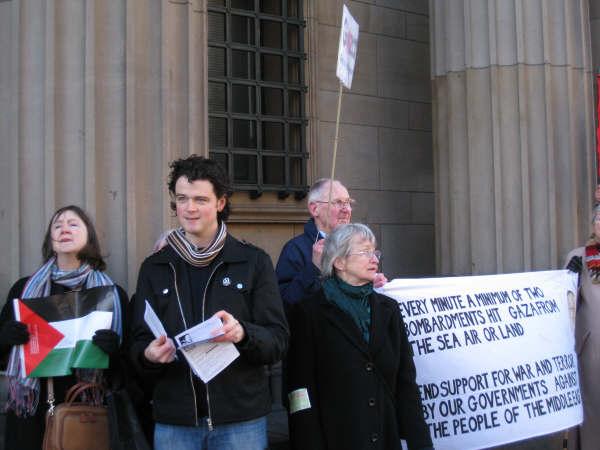 There was a lively and visible protest outside the Hanover Street branch of Lloyds TSB in Edinburgh on Saturday 17th January 2009. 8 photos are attached – courtesy of Mr Tom McVitie.

The bank, which has withdrawn banking facilities to the charity whose main work is to provide humanitarian aid to the people of Gaza, links Interpal with global terrorism.

On November 12, Interpal received notification from their bank, the Islamic Bank of Britain (IBB), that Lloyds TSB (their clearing bank) has served notice on IBB to cease all dealings with Interpal. Clearing banks are responsible for the processing of all financial transactions and Lloyds TSB is one of the 4 clearing banks in the UK, which all high street banks must work through. The notice comes into effect on 8 December 2008 (date subsequently revised to 30 January 2009) and has the potential to force Interpal to cease operations early next month.

FROM AROUND THE COUNTRY

Here are photos of a demo outside Lloyds TSB in Bristol:

Here is a photo of a protest outside Lloyds TSB in Newcastle upon Tyne: