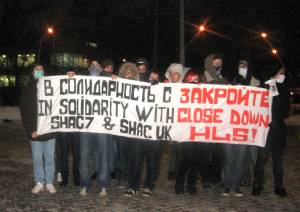 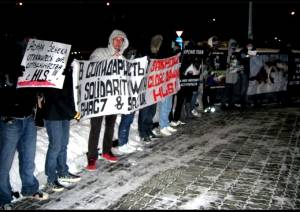 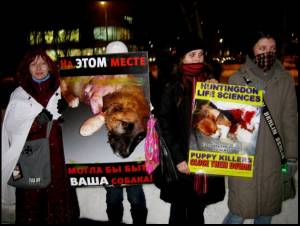 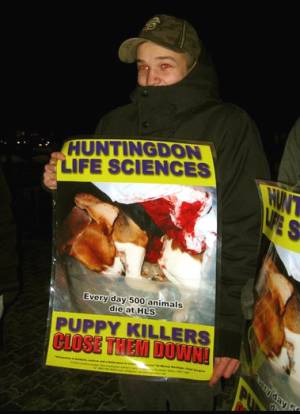 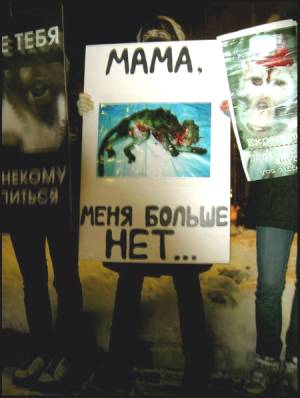 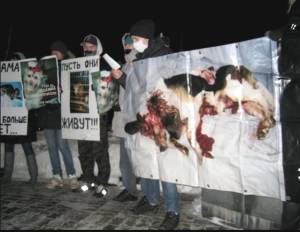 In Moscow in front of the office of the pharmaceutical company AstraZeneca, which is one of the most important clients of Huntingdon Life Sciences (HLS), about 60 animal rights activists were chanting "No animal testing!", "Animal liberation - human liberation!", "Free the imprisoned animal activists!" "Animal defense - is not a crime!", "No cruelty!", activists held banners "Stop cruel animal testing!", "In solidarity with SHAC UK and UK SHAC7, close down HLS!".

Hundreds of leaflets were distributed. The participators of the demonstration were acting in solidarity with the British and American prisoners of the campaign Stop Huntingdon Animal Cruelty (SHAC) against the 'research' center Huntingdon Life Sciences (HLS), where 500 animals are killed in experiments every day, over 70,000 every year.

The SHAC campaign began 10 years ago in the UK and activists in Russia started supported the campaign to close HLS 5 years ago. We will not stop, until the HLS closes.