Three days of solidarity saw activists from all areas of the UK travel to HLS Wooley and Harlan on Monday, Back to harlan and HLS Occuld on Tuesday. Sequani, Arrowmight Biosciences and Barclays on Wednesday. 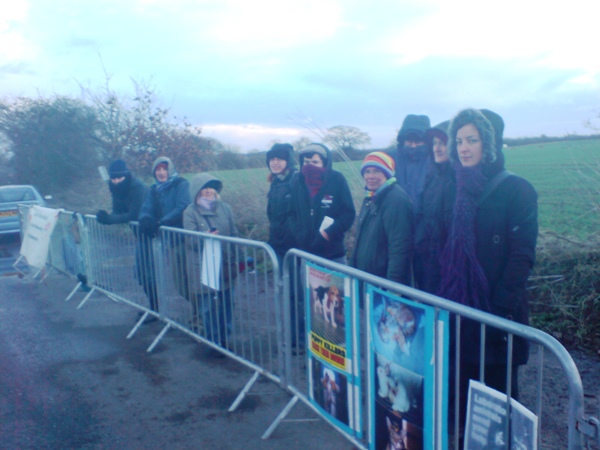 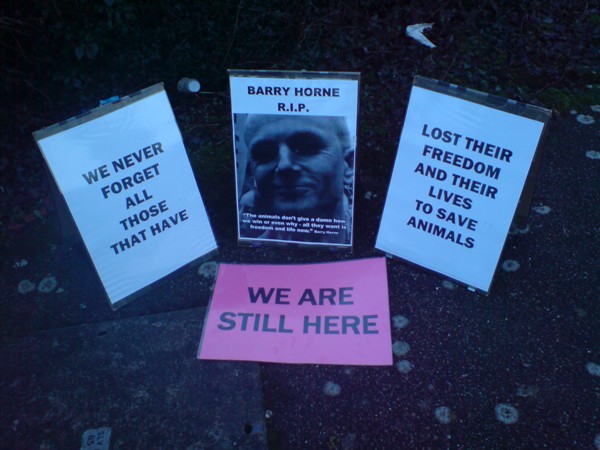 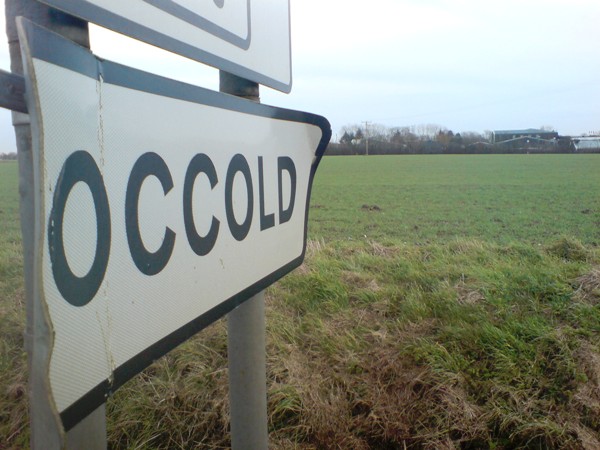 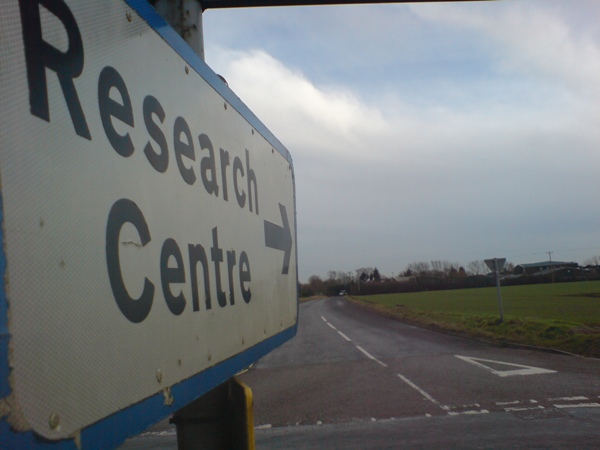 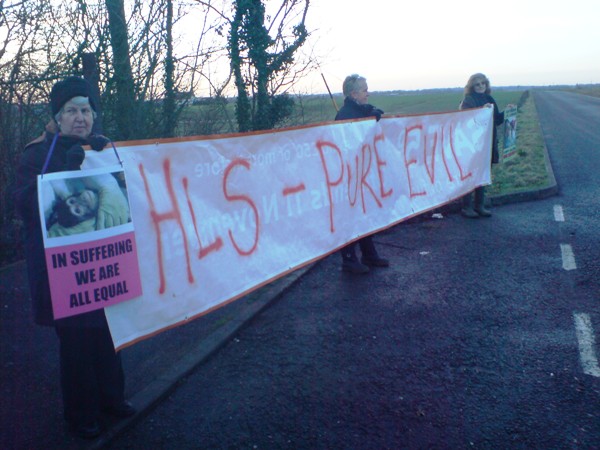 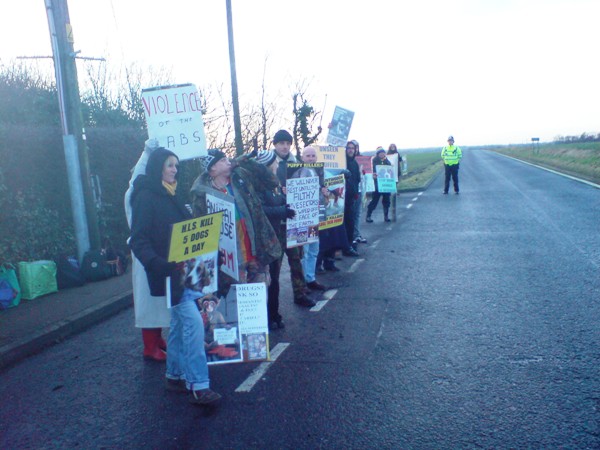 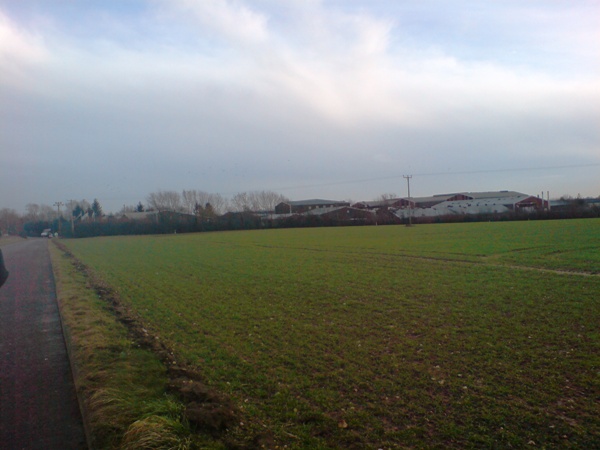 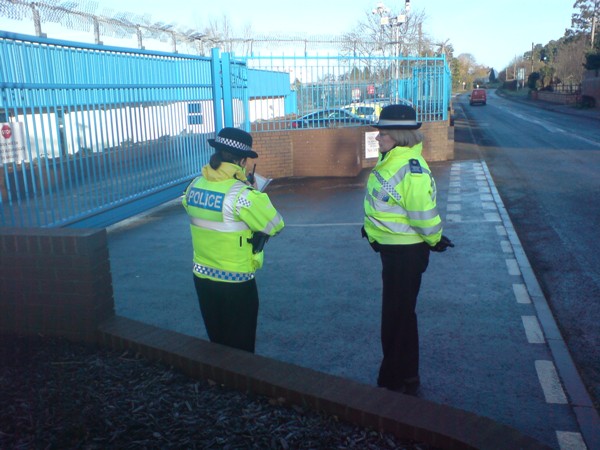 Harlan beagle breeders saw protesters from 7am in the morning on Monday 19th security was upped in advance of the protests and employees were called into work an hour before we even arrived. Number plates were covered up in the car parks as we took a Korean film crew down the side of the buildings so they could pick up the screams of the poor souls awaiting to be vivisected in labs around the UK.

Then onto the main HLS site at Wooley the main gates were closed as activists came and went during the day totalling around 20 protesters, the megaphone was used to name and shame those inside and workers got the earfuls they deserved all day long. The injunction patrol came out and tried to serve some of the new people on site with all the charm of a skid marked toilet bowl. The happy workers were seen off at the end of the day.

Protesters arrive again at Harlan and take police on a fun walk around the perimeter fence through the stream when the copper following us radioed that he was going to follow us through the sludge. The polite workers called us "shitheads" but apparently the selective hearing of the police officer with us was set to off that morning.

Then a long drive to HLS Occuld we were greeted by a hilarious police officer with a camera attached to his head. A great turn out on a really freezing day. Workers got the full brunt of the noisy protest all day and some new equally happy security tried to serve papers to a couple of new faces.

Sequani workers were welcomed into work by protesters once again, security filmed us as usual and police arrived to give us a grilling because we arent allowed to direct protest chants at individuals which was rubbish, they then proceeded to check the notorious NETCU handbook for inspiration. Cage makers Arrowmight and Barclays saw protests later on in the day.

These days were a message to the vivisection industry that you can lock us up, but we as a movement will not stop, because animals are still suffering every moment inside labs and other establishments. We cannot and will not fail them.

Solidarity to all prisoners!

10 activists also attended Sequani on Tuesday night to be met by 1police officer each!