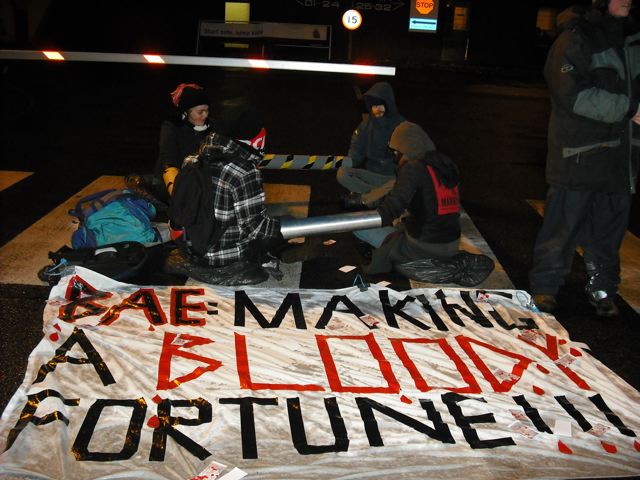 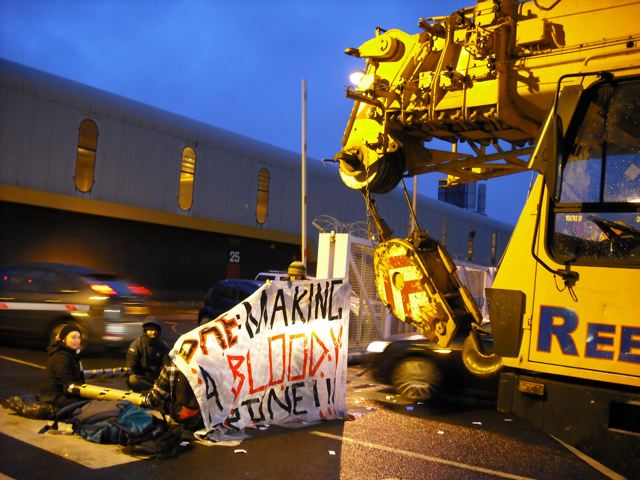 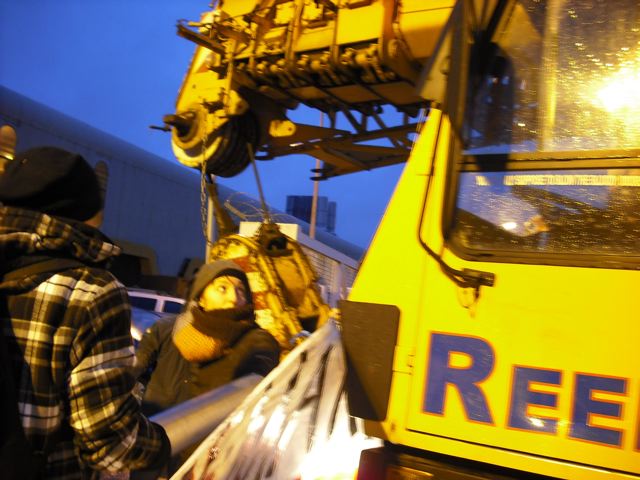 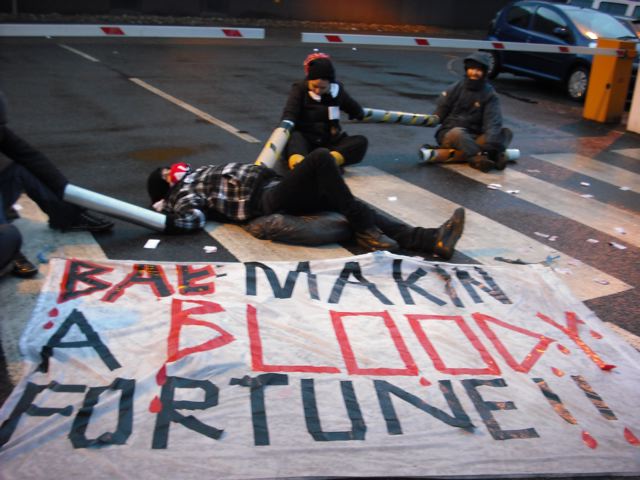 This morning at 7:30 am, a group of local activists blocked the entrance to BAE Systems, in protest against the role of the company in manufacturing weapons and components for the arms trade. BAE, which is based on Scotswood Road in Newcastle Upon Tyne, makes tanks, planes and hundreds of other weapons. It is also playing a crucial role in the current humanitarian crisis in Palestine – this British company supplies parts for the F-16 bombers that are currently being used by the Israeli army to bomb Gaza. As has been widely reported by the media in recent weeks, Israel’s campaign of attacks has consistently targeted civilians, including UN shelter sites.

BAE Systems makes more than £1 million per day from arms manufacturing. While some may argue that this is good for the British economy, the arms industry is in fact heavily subsidised by the British government. This company makes huge profits from supplying the weapons of war all over the world.

This morning, 6 Newcastle-based protesters decided to expose the fact that killing machines are being made in our neighbourhood. 5 protesters lay in front of the main gates in a ‘die-in’ protest, surrounded by ‘blood money’ to represent the incredible ill-gotten gains of BAE Systems. They used arm locks to ensure that they could not be easily moved on by police, and blocked the entrance for more than an hour.

The police were called immediately but the protest continued peacefully and there were no arrests, and although a the driver large truck trying to enter the site did threaten the activists, other staff were supportive.

The activists wanted to draw attention to the British companies who work comfortably in factories such as this, miles away from the atrocities of war, their wallets getting fatter every time another bomb is dropped. They call for an end to the cynical trading of arms and profiteering from death and destruction.

The companies that engage in this murderous business must be closed down in Newcastle, Brighton, where EDO was smashed last weekend, and wherever they leave their dirty finger prints.

newcastle against the arms trade