Bradford Council’s Executive member for the Environment, Councillor Anne Hawksworth, who supports the return of grouse shooting to Ilkley Moor, found her cars paint stripped and tyres let down during the night. The attack put her Vauxhall Tigra and Vauxhall Astra out of action. 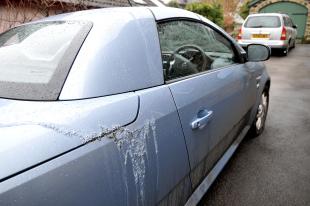 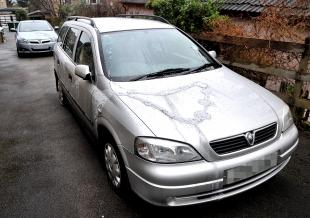 Councillor Hawkesworth fears the attack is the work of animal rights activists, although no cell has yet claimed the attack. She thinks the attack is related to the jailing of the UK SHAC 7 for "conspiring to blackmail" companies profiting from vivisectors Huntington Life Sciences (HLS). [See

“The paint has been stripped off," she said. "One of the cars is going to have to be resprayed, and it’s gone on to the drive as well. The police will have to come first, then the cars will be taken away.”

Hawkesworth said she was hesitant to speak out about the attack and her suspicions about who is responsible, despite doing so, as she does not want to publicise the cause of animal liberation.

West Yorkshire Hunt Saboteurs are heavily campaigning against Bradford Council, including Hawkesworth herself, for signing a ten-year deal with the Bingley Moor Partnership last year to licence grouse shootings on the moor. [See

The Animal Liberation Front (ALF) and Grouse Liberation Front also destroyed grouse pens and traps on the moor last summer. Shooting has not taken place on the council-owned moor for over 11 years, after Bradford councillors refused to renew a shooting licence in the late 1990s. [See

Hawkesworth says she had previously taken advice from a council emergencies officer, who advises councillors on personal security. But her home address is made public on Bradford Council’s website and in Ilkley Parish Council newsletters.

“I actually display my address which, as a representative, I should be able to do and not feel intimidated to do so,” said Coun Hawkesworth.