Israeli goods seized in Tesco’s and covered in blood 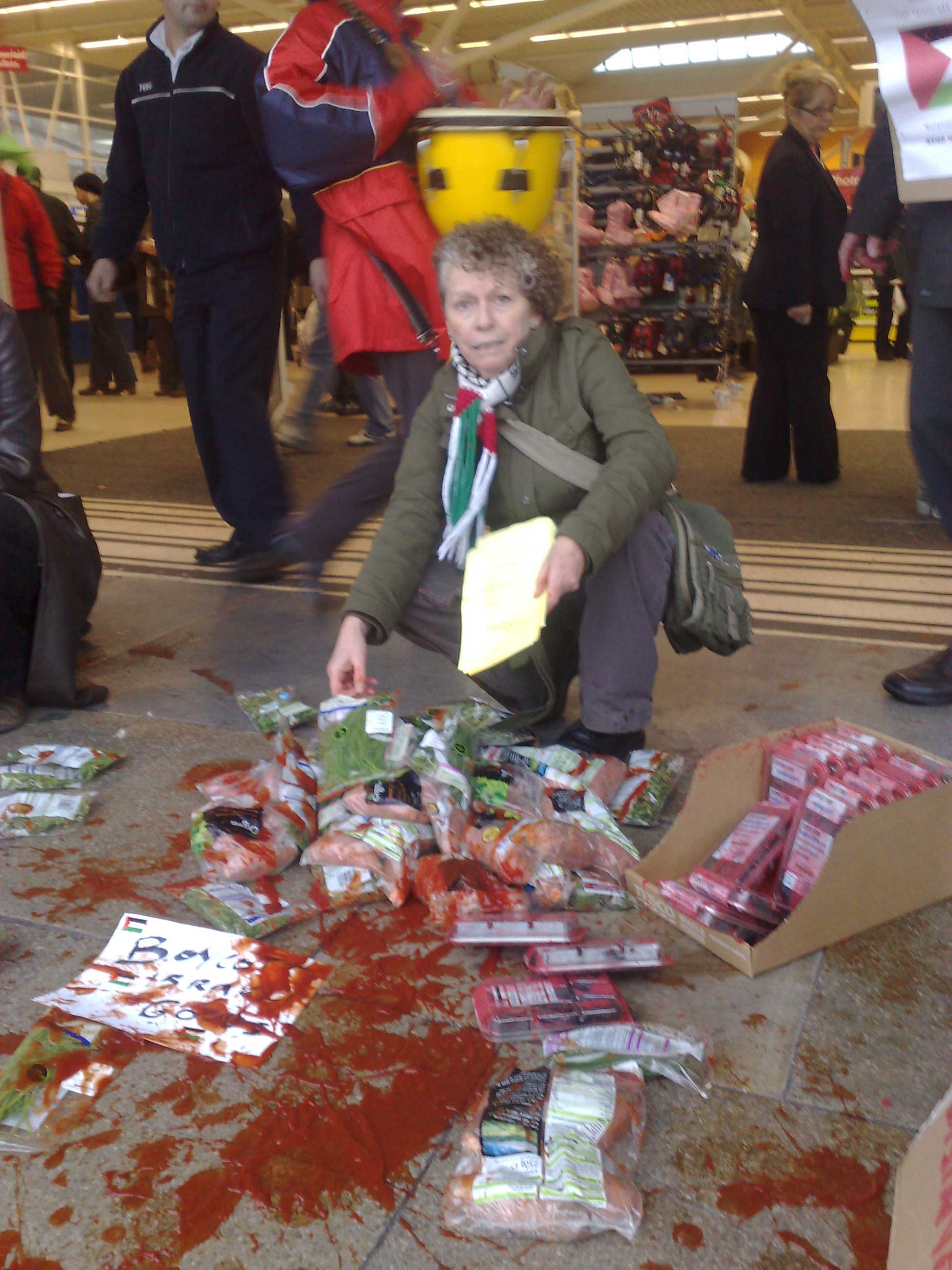 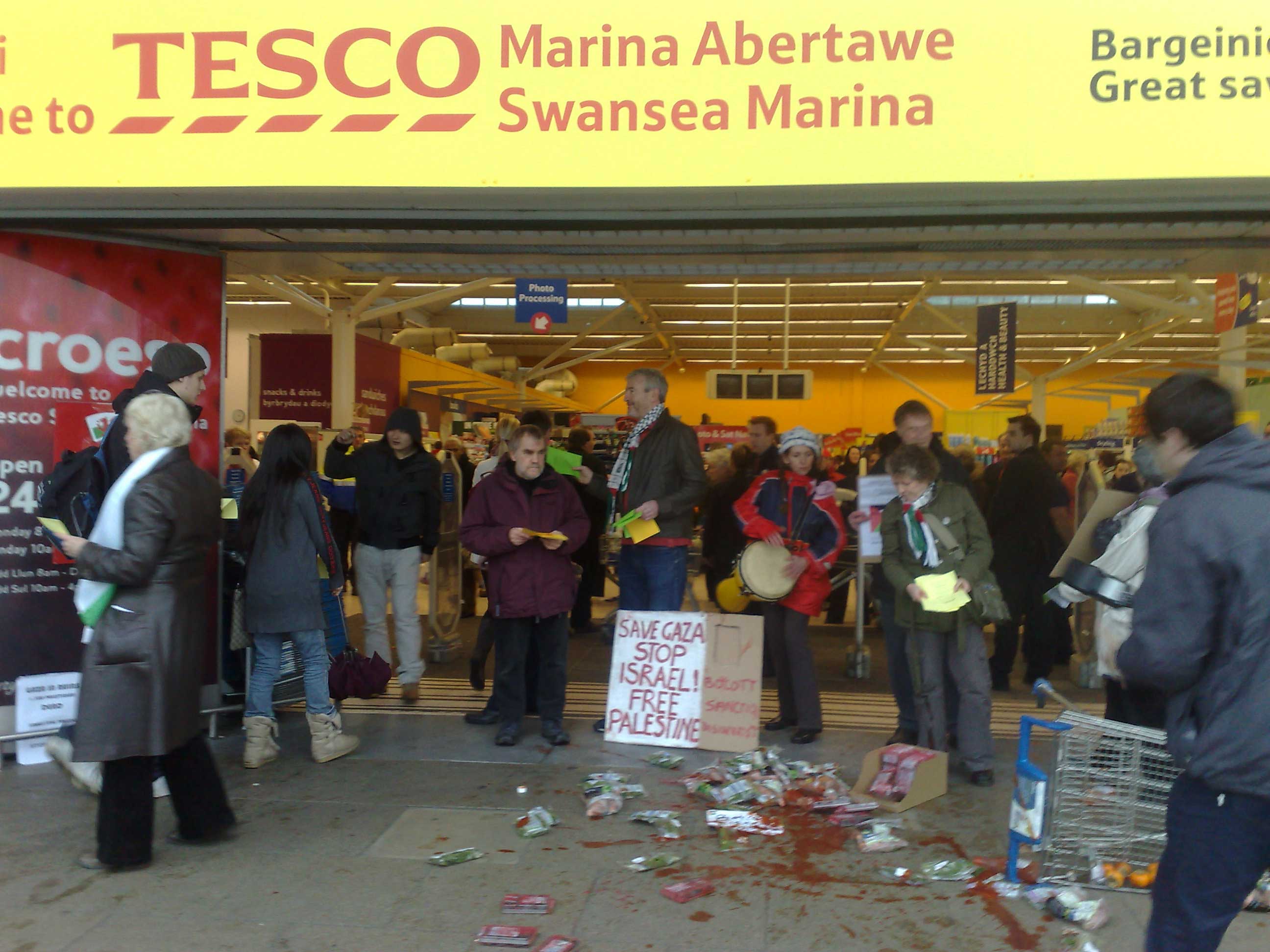 Produce on sale from Tesco from occupied zones

Undercurrents filmed a dramatic protest in Tesco supermarket at 3 pm today.
A group of people took produce labeled as ‘WEST BANK’ as country of origin was seized at a TESCO store in Swansea’s City Centre.

The two concerned citizens are from the group ‘Justice for Palestine’, while outside protesters handed out leaflets explaining the action.

The two filled their trollies with dates, fresh herbs, fruit and salads. The trollies, full of produce were up-turned at the supermarket entrance and covered in fake blood to represent the lives lost in Gaza.

Greg Wilkinson, who has on two previous occasions liberated dates from Tesco’s and sold them on to raise funds for medical aid for Gaza made the following statement:

‘These products have been grown on land stolen from the people of Palestine. Since the Israeli invasion in 1967, over 450,000 Israelis have been settled on Palestinian land in the West Bank. They have up-rooted thousands of olive trees, demolished thousands of homes and appropriated scare water resources to produce these goods.

Grandmother of four, D. Murphy said:
'We believe that Tesco’s are accessories to crimes under international law – under Geneva Conventions and UN resolutions signed in our name.

By removing these unlawful goods from the shelves we are enforcing the law, not breaking it. We are asking the people of Wales to support the national boycott of Israeli goods.’

3 people were arrested with 4 Police cars attending the scene. An undercurrents video report of the protest will be available on

Video report by Undercurrents of the Tesco protest