Students of Sheffield this evening occupied an upper floor lecture theater in Sheffield Hallam University after a meeting on the conflict in Gaza.
With the success of occupations throughout the UK, Sheffield Hallam students and workers from around the city voted to occupy the tenth floor of the Owen building. This is to make practical demands of the university in solidarity with Palestinians and to condemn the actions of the Israeli state.

The following demands were democratically agreed upon:

2) SHU to provide scholarships for Gazan students and waive all current applications and tuition fees for Palestinian students.

4) The ban on flyering and posters on campus to be lifted immediately allowing students to organise and allow free speech, in line with the University's current no-platform policy against fascists.

5) To have posters advertising the details for the Disasters Emergency Committee Gaza Appeal on all notice boards around the university.

6) No victimisation of students or staff supporting the occupation in any form.

We ask people to support our peaceful protest. We welcome messages of solidarity and encourage anyone who wishes to join the occupation to do so. 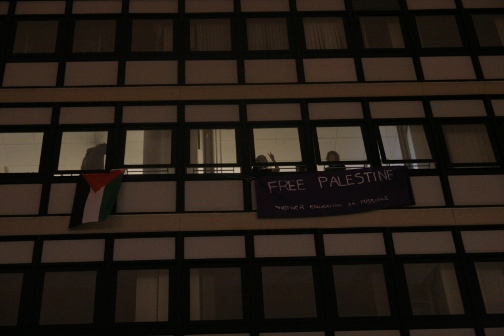 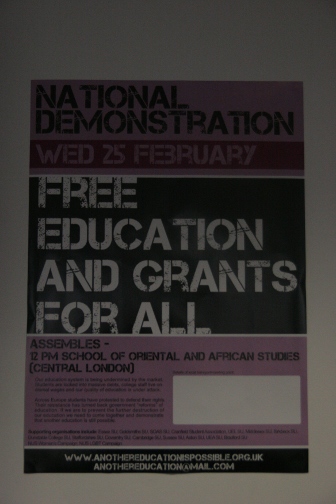 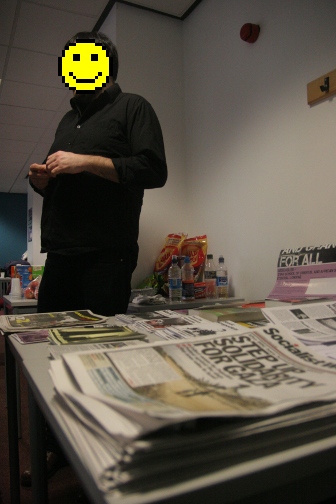 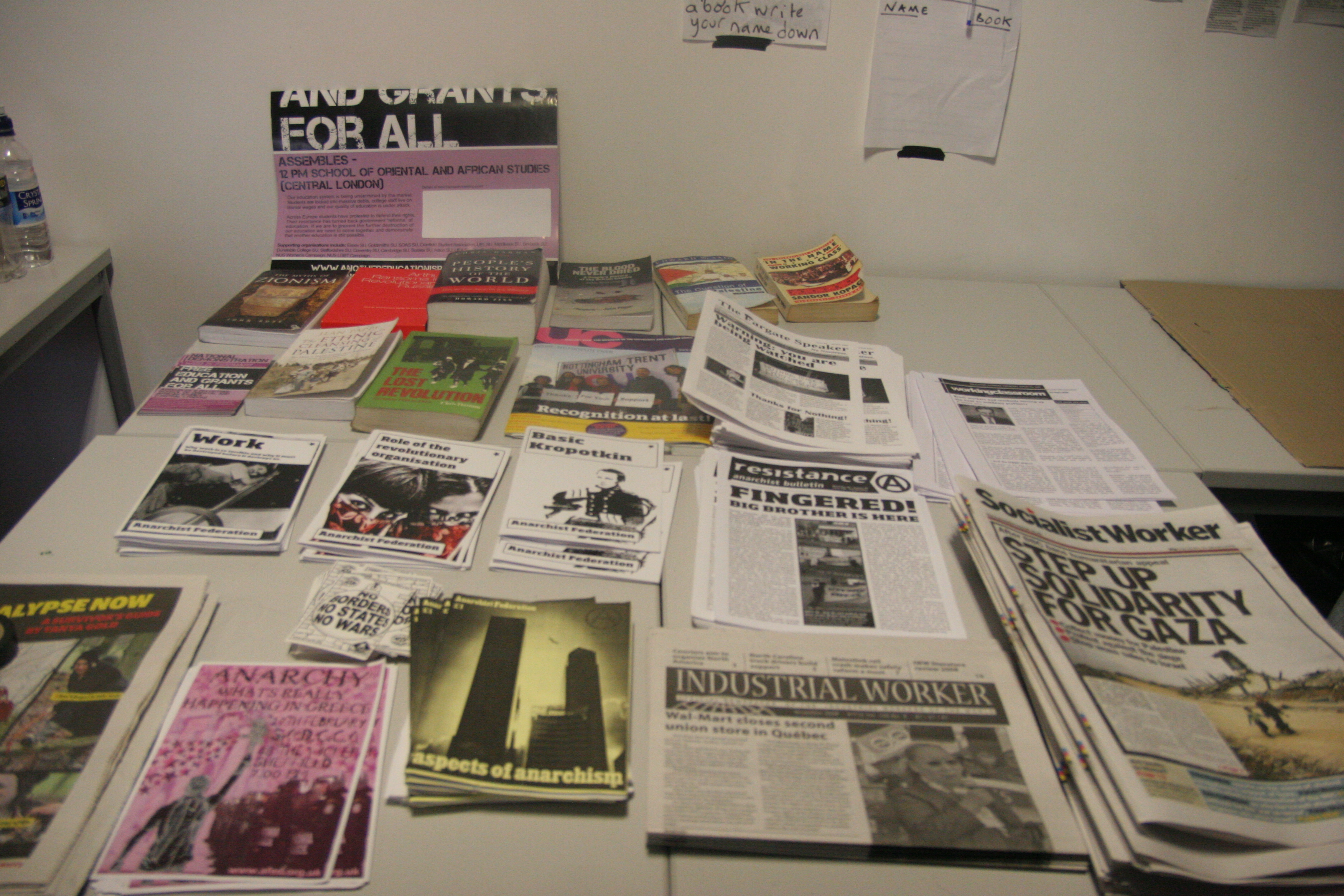 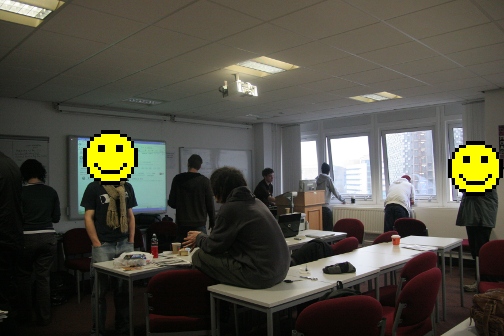 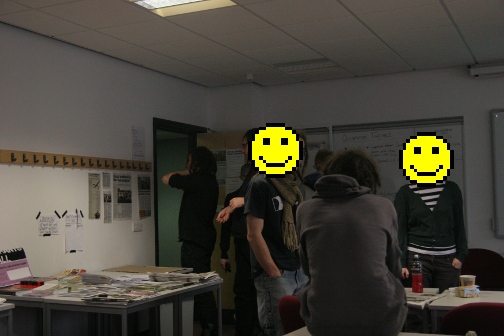 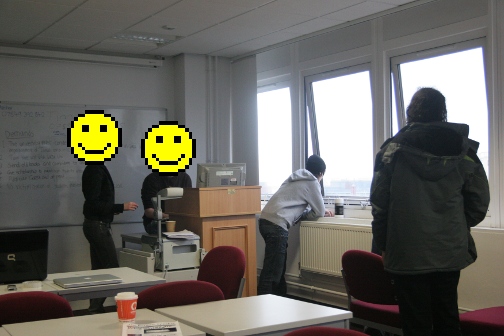 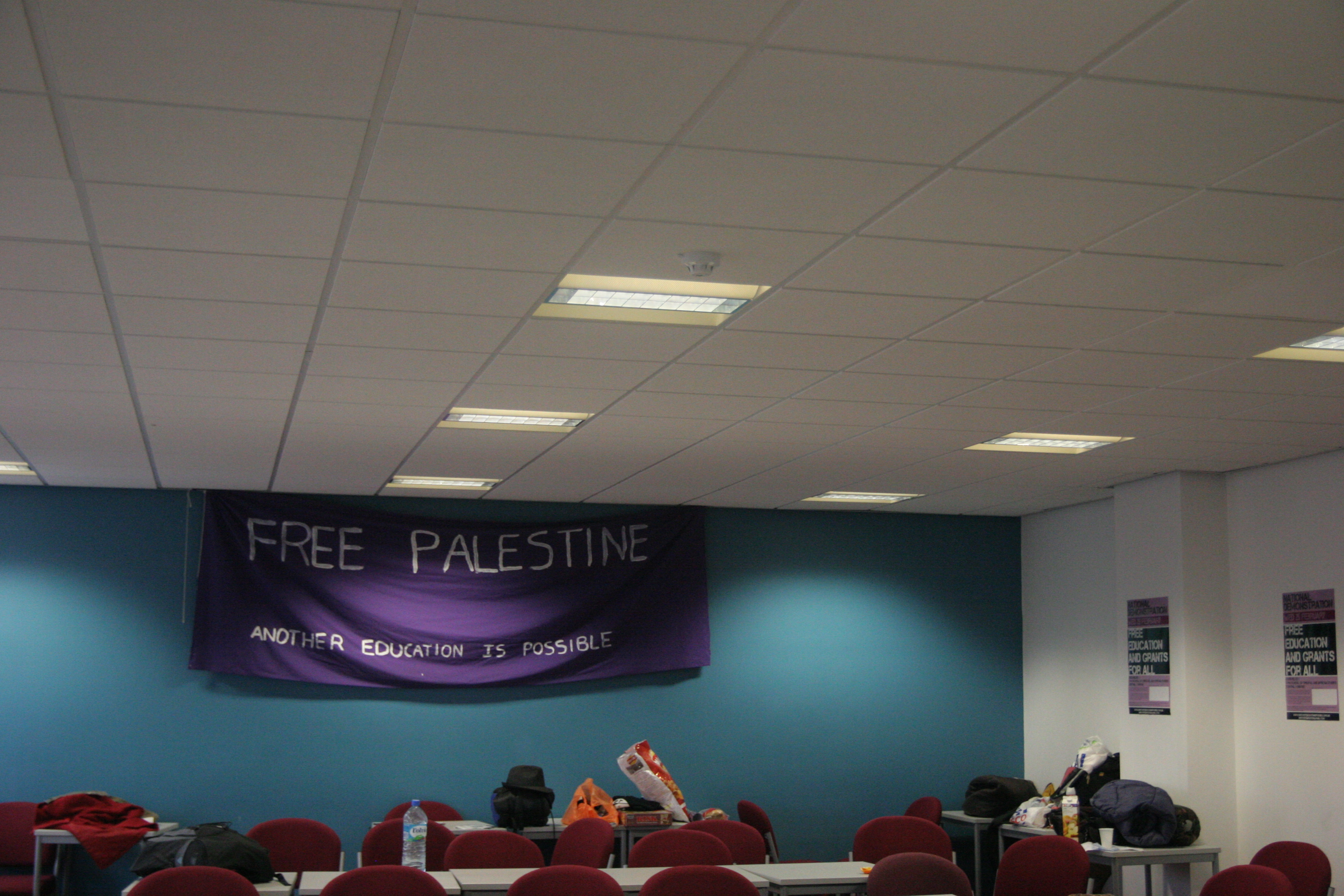 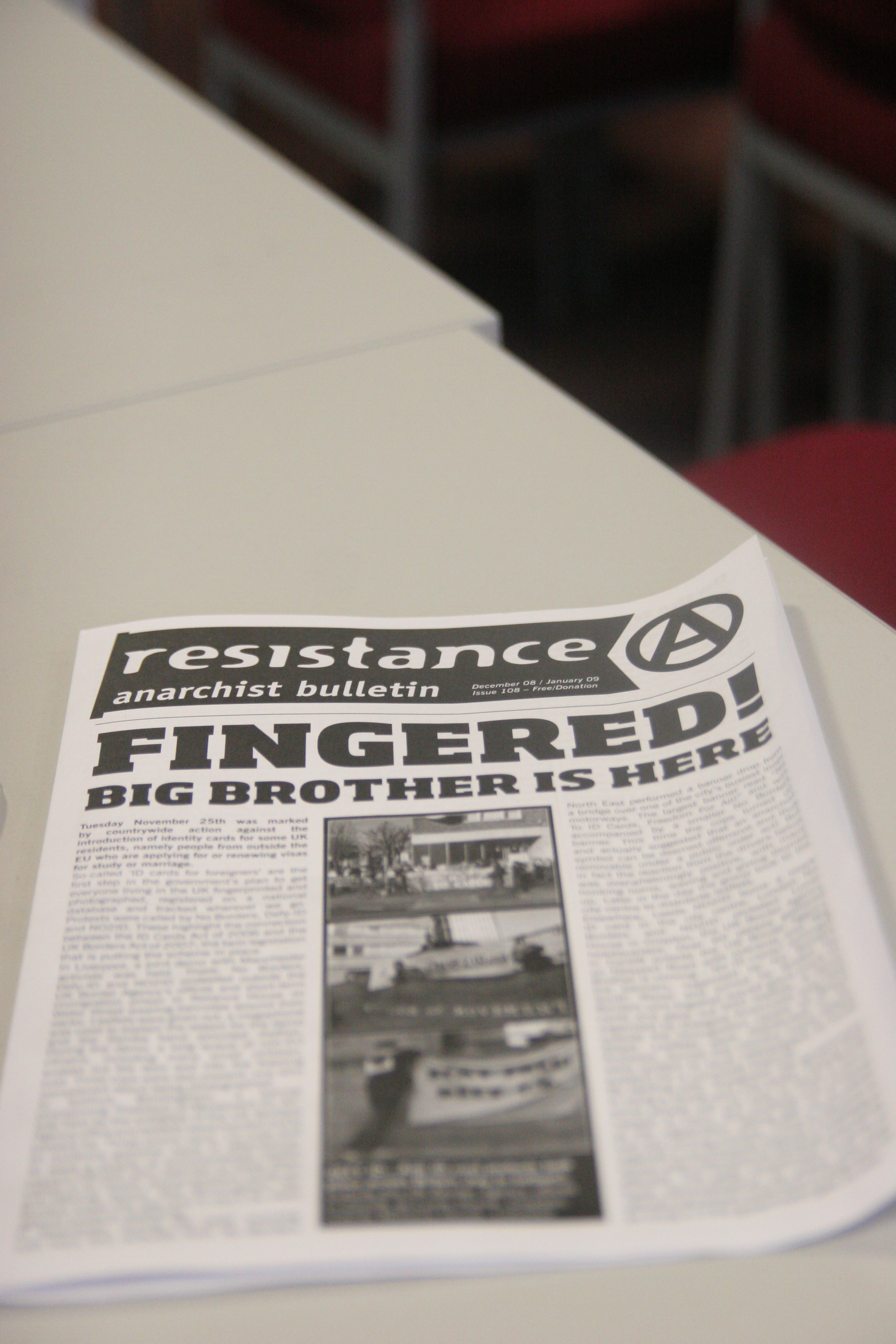 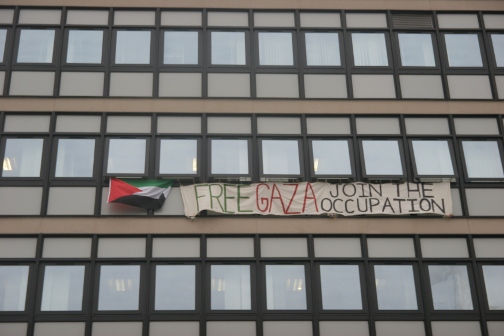 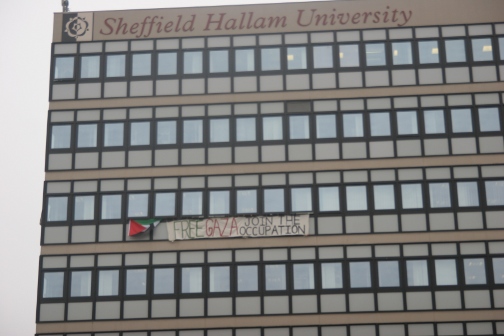 After a "comfortable" night nestled on the tenth floor, negotiations have begun.

Management have not caved in yet, and despite the fact we told them they could use the room for lectures they have relocated all room bookings.

The large banner displayed on the side of the building has attracted the attention of the public and a couple of photographers. We have released the previous press statement to as many local journalists as we can.

We have two events planned for today and have begun to publicise for them.

* The first is a teach-in at 15:00, with a Hallam Academic discussing the parallels between South Africa's apartheid state and the situation in Palestine.
* This will be followed by a screening of the film La Haine at 18:00.

We have received several messages of support, amongst them are:

There is a need for the normal stuff to make an ocupation better, such as beding lots of, the floors are hard so we are told..

A quick update on the situation.

We have been told by the University administration that they want us to leave at 9pm this evening and will involve the police if we refuse to leave.

They have refused all of our demands, and specifically refused to grant an amnesty to all participants. At this time we do not know what this means as far as consequences brought by the university against Hallam students.

The group will be making our decision on whether we will continue the occupation closer to the time.

Students will not be persecuted for the occupation

Date: 30 January 2009
A STUDENT sit-in at Sheffield Hallam University protesting against Israel's invasion of Gaza ended peacefully after police were called to the scene.
The protesters occupied rooms on the tenth floor of the Owen building in the city centre, with 20 staying on the premises the previous night.

The students want the university to condemn the attacks on Gaza and provide scholarships for Gazan students.

The occupation ended soon after the police arrived and Hallam say they will not be taking disciplinary action.