On Wednesday evening (28 January), a group of students started an occupation of a tenth floor lecture theatre in the Owen Building, where an earlier meeting on the conflict in Gaza had taken place.

Following other occupations around the country, students and workers voted to occupy the lecture theatre and democratically approved a list of demands to Sheffield Hallam University. The full list of demands can be read in their announcement on the newswire.

A teach-in was scheduled for Thursday afternoon and a screening of La Haine for the early evening. University administration demanded that the group leave at 9pm, threatening police involvement if not. When the deadline passed, the group resolved to stay.

After more discussions, however, the occupation now seems to have been brought to an end. Further negotiations are still taking place with university management about the demands to the university: only one of which has been agreed to: "No victimisation of students or staff supporting the occupation in any form".

The group have a Sheffield Hallam Occupation blog with the most up to date information and the group welcome messages of solidarity and support. Messages of support and mutual aid have been received from other occupations in Bradford, SOAS London, Oxford and Nottingham, as well as Sheffield Trades Council, Sheffield NUJ, South Yorkshire UCU, Sheffield Palestine Solidarity Campaign, Free Gaza and the Sheffield and Rotherham Stop the War Coalitions. 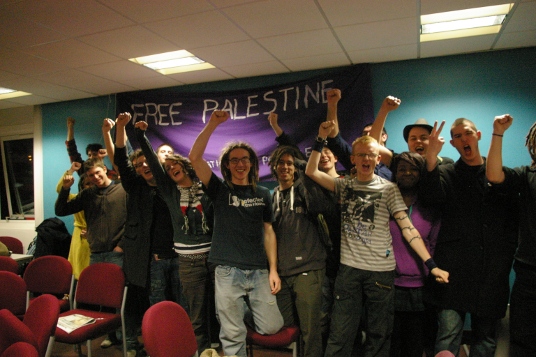 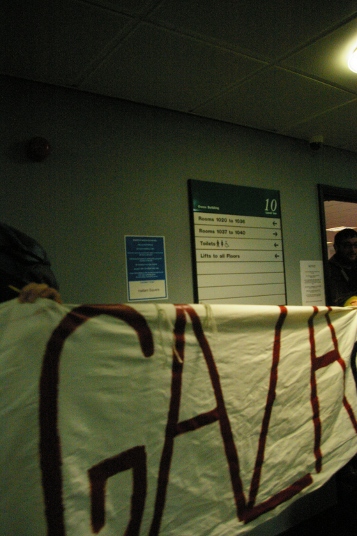 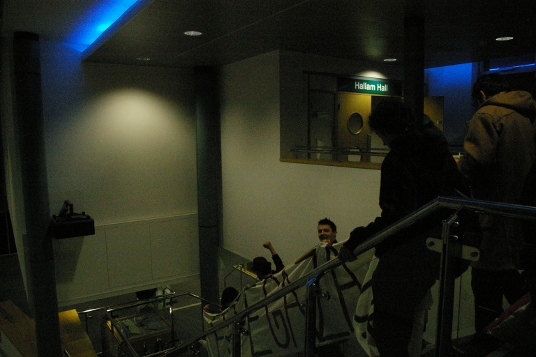 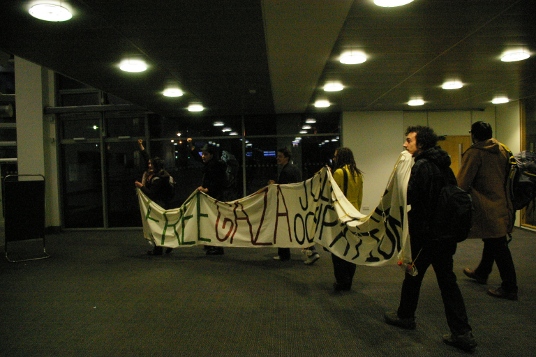 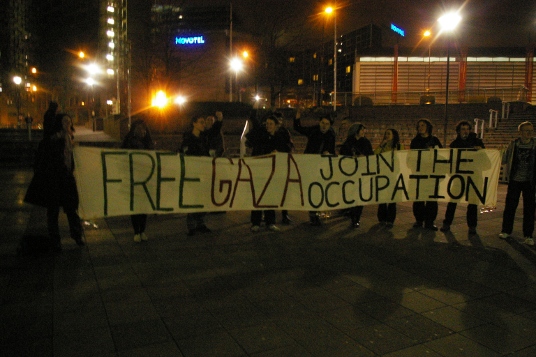 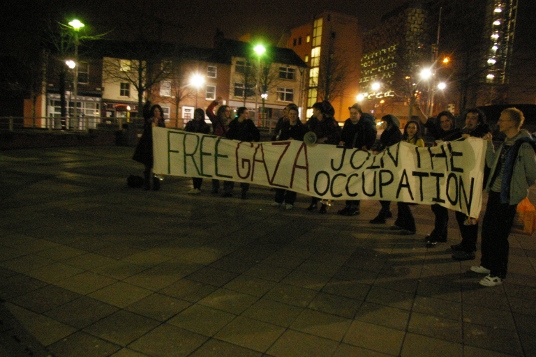 From the inside, it was one of those moments where unity for the people of Gaza took over, i was privileged to be there at the end meetings, yes this action is over but there is more to come, watch this space.

There was little choice but to end the action, at the end of the day, Sheffield Hallam have been proven once again what scum they are. here are the six demands:

2) SHU to provide scholarships for Gazan students and waive all current applications and tuition fees for Palestinian students.

4) The ban on flyering and posters on campus to be lifted immediately allowing students to organise and allow free speech, in line with the University's current no-platform policy against fascists.

5) To have posters advertising the details for the Disasters Emergency Committee Gaza Appeal on all notice boards around the university.

6) No victimisation of students or staff supporting the occupation in any form.

Only No.Six was agreed, they are meeting today it will be at five (back in 1037). floor 10 Owen Buliding Sheffield Hallam, come along, and one is planned for Tuesday at Sheffield Uni from 6pm keep in touch.

Well done all involved. your'e an inspiration. Sisters, Brothers, Comrades keep up the fight
love suport and anarchy from underclassrising.net