Colonel Geva Rapp who it is alleged was the head of the ground operations in Gaza He was visiting London to give a talk. A protest was organised outside the building where he was due to talk. 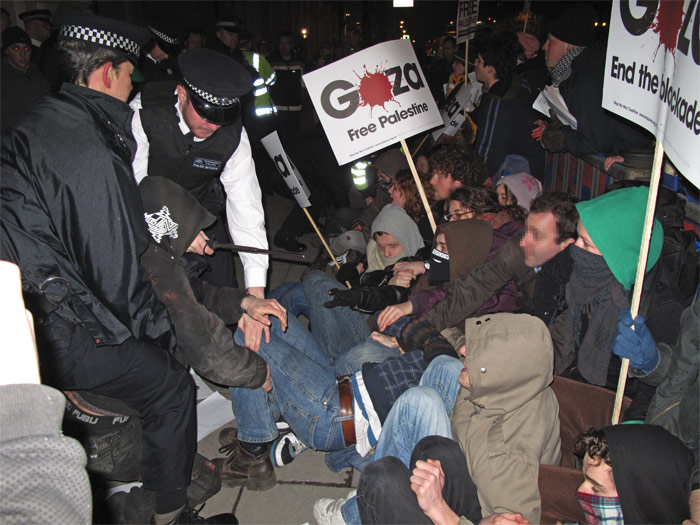 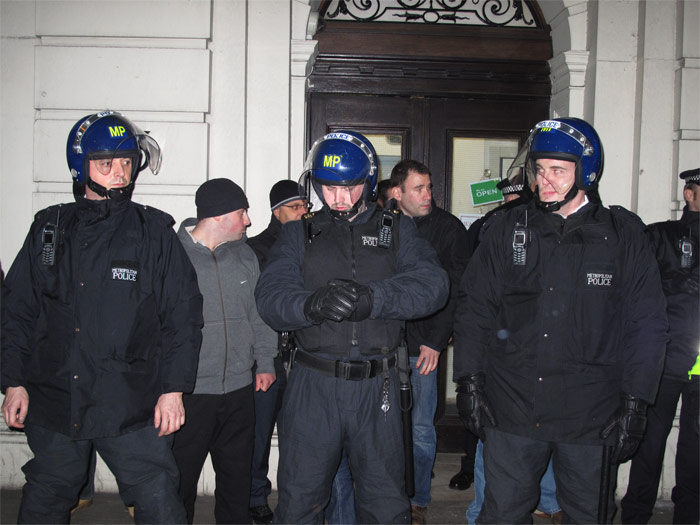 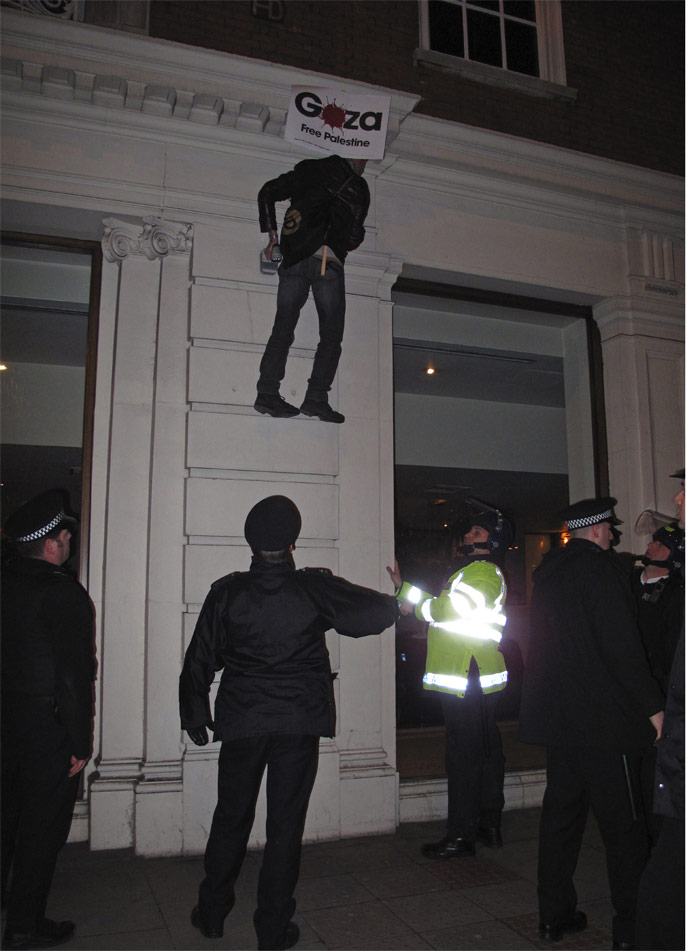 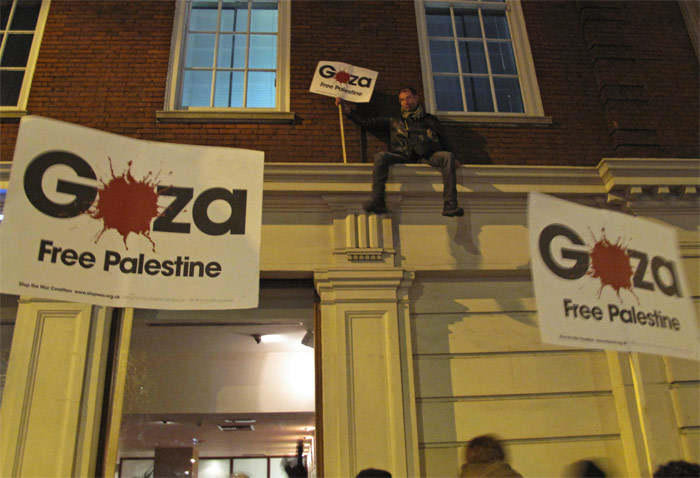 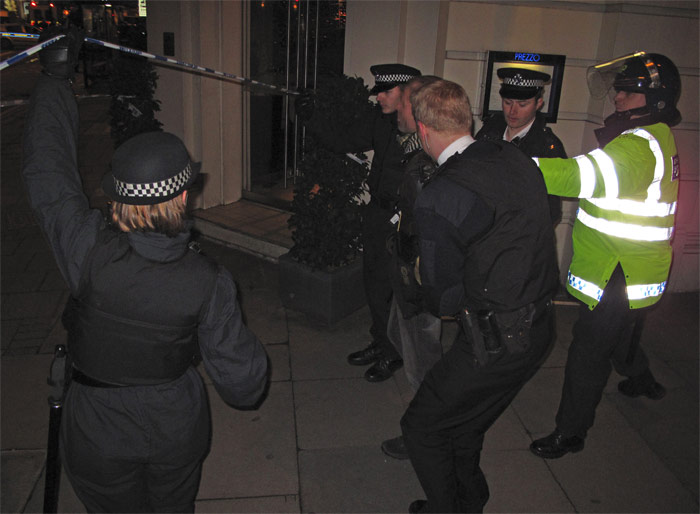 climbs down and arrested

A more than a hundred people turned up to demonstrate against the visit of Colonel Geva Rapp. The demo took place on Euston Road near the juction with Upper Woburn Place. Most of the changing at the demo revolved around the fact that the colonel may be guilty of war crimes. Demonstrators were urging the police to arrest Colonel Rapp. However this did not come to pass and instead there were a handful of protesters arrested, though it was not clear why these arrests were made. One protester climbed up onto on ledge that surrounds the building. The crowd were very supportive of his actions.