Colin Roach, aged 21 years, died in January 1983 after receiving a fatal gunshot wound in 1983 while in the custody of Stoke Newington police station, London. He is alleged by the police to have shot himself in the mouth. Authorities alleged that he had committed suicide after entering the Stoke Newington Police Station. Many believed that there was reason to doubt this story and instead argued that Roach was murdered by police. 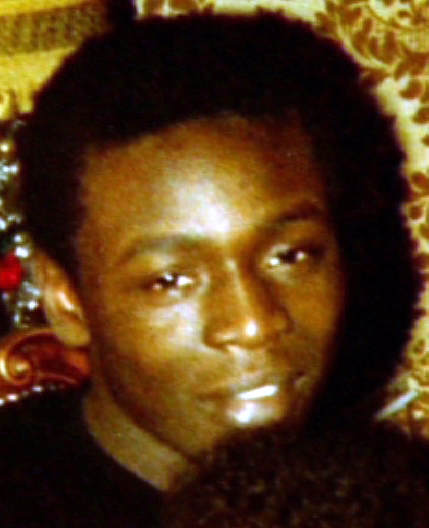 The police surgeon who was called to Roach's corpse in the foyer of the police station said that the body position was inconsistent with suicide. The shotgun with which he was killed could not be fitted into the sports bag Roach had with him, not even when broken down.

No fibres from the bag were found on the gun and no oil from the gun was found in the bag. When a shotgun is used for suicide the recoil damages and sometimes breaks the trigger thumb. No injury was found to Roach's hand at all. The recoiling gun will normally hit a wall or floor very hard but no marks from this were found in the police station foyer or on the gun butt.

On the other side of the argument there were no marks on Roach's mouth consistent with a gun being forced into it. The man who drove Roach to the police station saw no gun or bulge. He said that Roach was very frightened and saw him walk into the police station. Two police officers who were believed to be present at the police station claimed not to have been there, there were irregularities in the records for who was present.

Roach's death spurred protests and demands for an independent public inquiry and gave rise to considerable public interest. Relations between the black members of the community and the police in Hackney were extremely sensitive. Demonstrations took place and there were some incidents of disorder and altogether some 90 arrests were made by the police.

An inquest into Colin’s death was opened on the 18th January so that the body could be identified and burial order made. Plans to locate the full inquest to a new venue caused further disquiet. The inquest was due to be resumed on the 7th March but on the 23rd February 1983, it was agreed between representatives of the family and the Chief of Police that the inquest should be resumed on the 18th April 1983 at the St. Pancras Coroner’s Court.

On the 15th April 1983, that is the Friday before the inquest was due to resume on the following Monday 18th April, the leader of the Council of the London Borough of Hackney and the Director General of the Greater London Council wrote to the coroner.

The letter from the leader of the London Borough of Hackney stated:

“My Council and the Greater London Council are most concerned that St. Pancras Court will not, in the event, be able to accommodate even a small proportion of those individual members of the local community in Hackney who wish to hear the proceedings. On behalf of those ‘members of the public’ I urge you most strongly to reconsider my Council’s offer to make suitable accommodation available at Hackney Town Hall for the hearing, and to hold the inquest in Hackney.”

Having received these letters, the coroner recognised that it would not be possible to proceed with the inquest on the 18th April. He therefore attempted to notify those concerned and sat on the 18th April only to announce his decision to adjourn and to deal with various ancillary applications.

By that time, the family had also formed the view that the inquest should not take place at the St. Pancras Coroner’s Court and applied that the inquest should continue at Hackney Town Hall. This application was supported by counsel on behalf of the Borough of Hackney. Counsel also appeared on behalf of the Commissioner of the Metropolitan Police and objected to the venue being changed to Hackney Town Hall.

The inquest verdict eventually ruled that Colin had committed suicide, but the circumstances of his death have continued to raise much public concern.

Questions why no public enquiry into the death took place are still called even today, but the authorities resisted calls for an inquiry into his death.

http://4wardevernewsvine.wordpress.com/2009/01/10/zephaniah-remembers-colin-roach/
Renowned international poet and writer, Dr Benjamin Zephaniah, has provided 4WardEver UK with the following contribution. Zephaniah reflects on the mood following the death of Colin Roach, and the new movement it ignited. He also shares with us the rallying chant that he wrote for the supporters and protestors of Colin’s case.

http://4wardevernewsvine.wordpress.com/2009/01/10/remember-colin-a-crime-is-a-crime-is-a-crime/
Campaigner and Director of the controversial film INJUSTICE, Ken Fero, shares with us an interview with Graham Smith from the Hackney Community Defence Association. The interview explored policing methods and its impact in Hackney, East London UK; and the effect Colin’s death had on the organisation and the wider Black community in the borough.