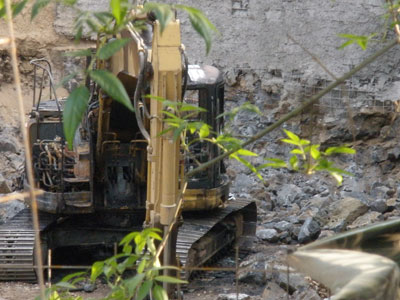 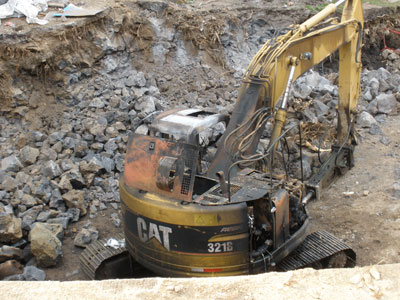 1 - Gothenburg: The penguin pond in Slottsskogen was spray painted. - DBF

1 - Gothenburg: Fur shop Kajs was spray painted and the lock was destroyed. - DBF

8 - Gothenburg: A butcher shop was spray painted and red paint was thrown on the entrance. - DBF

11 - Gothenburg: Fur shop Christins was spray painted and the door was ruined with tar. - DBF

21 - Orebro: A big rock was thrown thru the door to Mats Nylén, owner of a fur shop.

22 - Orebro: A big rock was thrown thru a window to the towns only cheese store.

28 - Orebro: Toilet in McDonalds was spray painted and a sink was sabotaged. You can count on the DBF even during day time! - DBF

29 - Orebro: The door to the house where Mats Nylén, a fur shop owner, lives was smashed with a hammer. It's time you got yourself a real job Mats! - DBF

31 - Orebro: A leather store was attacked for the first time by the DBF. All windows along one side was smashed. The skin belongs to the animals! - DBF

31 - Orebro: Three windows were smashed at McDonalds in Västhaga. - DBF

2008 - Middle of Sweden: Half a dozen actions was carried out against the meat industry, against hunting/fishing and animal circuses in different towns.

1 - Gothenburg: The seal and penguin pond in Slottsskogen was spray painted. - DBF

8 - Gothenburg: Activists spray painted the fur shop Christins and tar was poured over the door. - DBF

10 - Orebro: A window was smashed and "Murder" was written on the store front to Löwen skinnskrädderi. - DBF

"On January 20, UC Berkeley's Gregory Timmel was followed to work.

As he left his car parked in a garage on campus, he was whistling and had no idea he had been followed. We preceded to vandalize his shiny new Audi, paid for with blood money. We would have reduced the Audi to ashes; if not for the fact that tailing him prevented us from grabbing the instruments that would have set his shit aflame. But there's always tomorrow.

We acted against Timmel because he is a veterinarian in UC Berkeley's vivisection labs. Hey Gregory, time to become a real vet and help sick and wounded animals recover; not ensure the smooth functioning of the torture chambers by assisting vivisectors in callous and fraudulent experiments on fourty-thousand beautiful, innocent beings per year.

And to Nina Hahn, David Rieger, Walter Brown II, Stephen Friet, Helen Diggs, Delonzo Starks, Quig Driver, and the rest of the Office of Laboratory Animal Care sadists; don't think that you or your property will be spared.

This action was carried out with full dedication and solidarity to the SHAC-UK prisoners.

"An important ecological reserve located in Mexico City (D.F.) is being destroyed by people who consider the land their property; plants and many trees have been ripped up from the roots for the expansion of Civilization; because of this the ELF could not remain still.

On the night of January 29 we destroyed the window of one of their machines and we sprayed enough gasoline to leave the machine that destroys the earth completely unusable.

Damages are estimated to be several thousand pesos for those bastard dominators of the earth.

The response will be like this, hard and to the point, if they continue the massacre!

"More Barclays cashpoints have been glued, as well as a Ladbrokes branch,
and a butchers' van had its tyres let down in one night. Again.
You can expect more of the same while you continue to invest in torture,
Barclays. Also, rumour has it that HLS intend to return to the UK with a
domestic bank account... Don't even think about it Barclays."

Media has reported that the Andover (Hampshire) town center was sealed off for two hours on January 21 following a report of a suspicious package at a Barclays Bank (HLS shareholder).