On Saturday 31st January, 100,000 people marched past the Houses of Parliament in protest at Sri Lanka's war against it's own Tamil minority. A breakaway group of around 80 left the prescribed route and sat down on Westminster bridge, the police were able to quickly drag them back onto the pavement. But when a far larger group pushed through police lines to join them, the police were overwhelmed. Having only allowed for a march of 5,000, they were unable to move the protesters on until sufficient backup units arrived hours later. 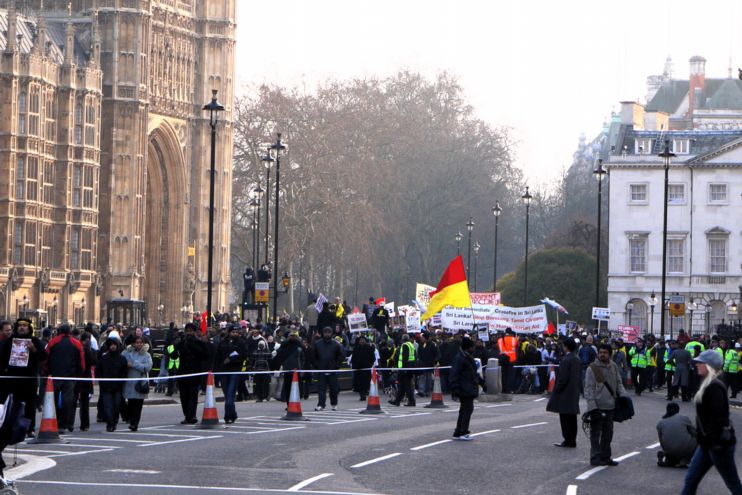 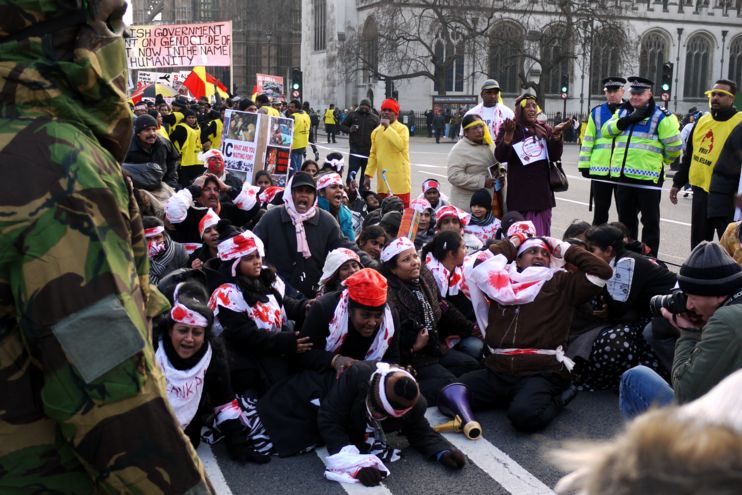 Street theatre is monitored for impartiality 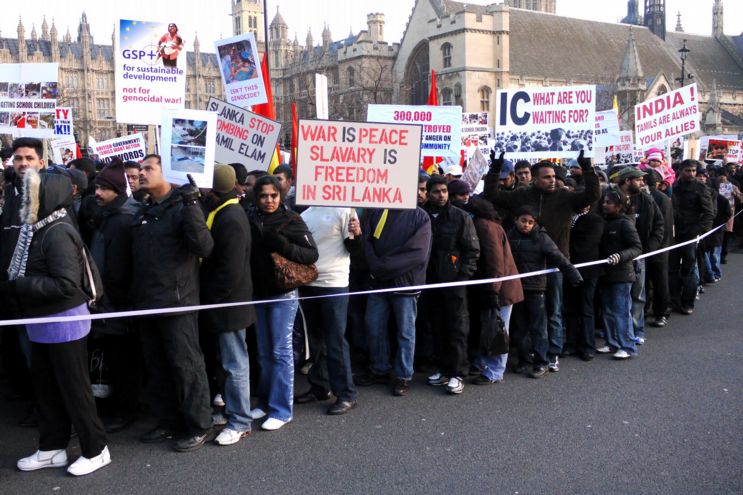 War is peace, slavery is freedom 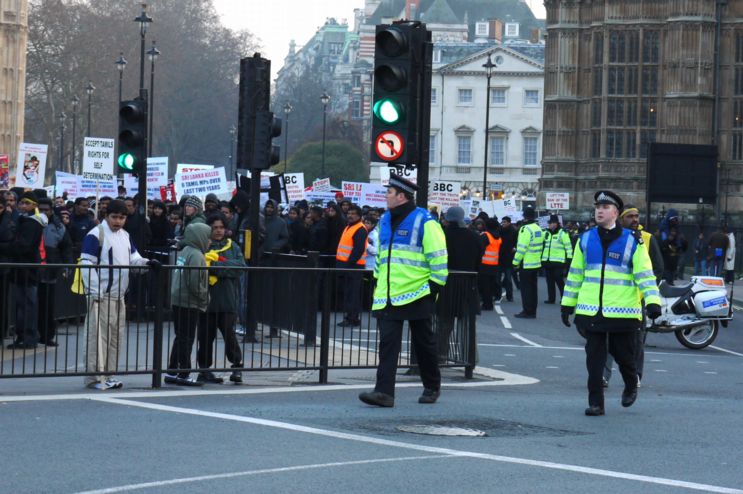 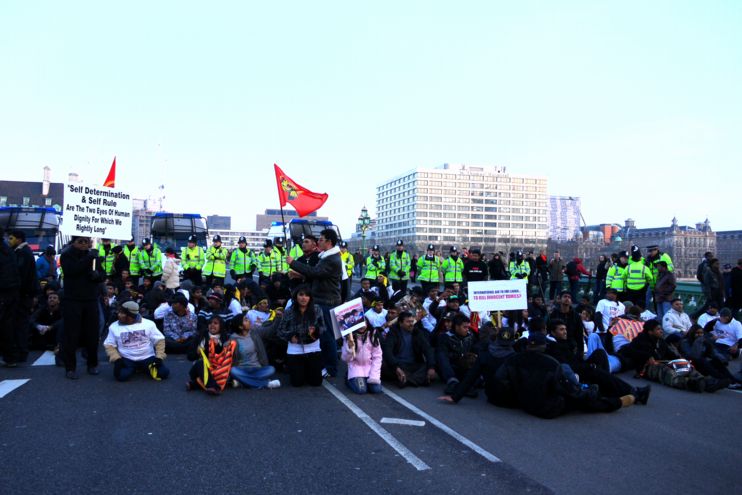 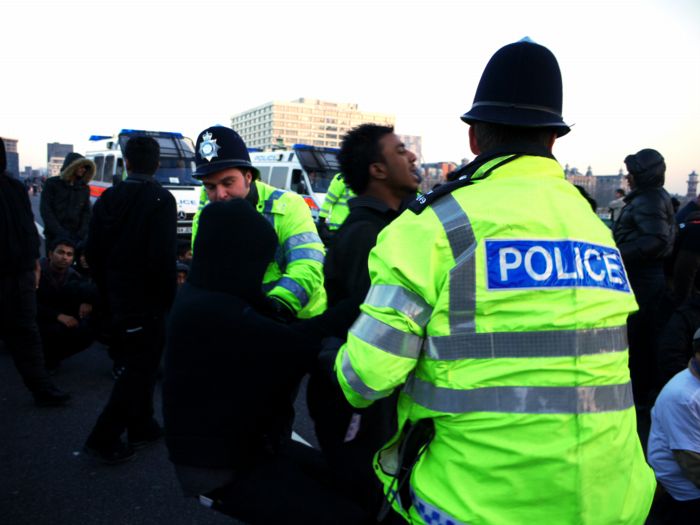 "Let me help you up" 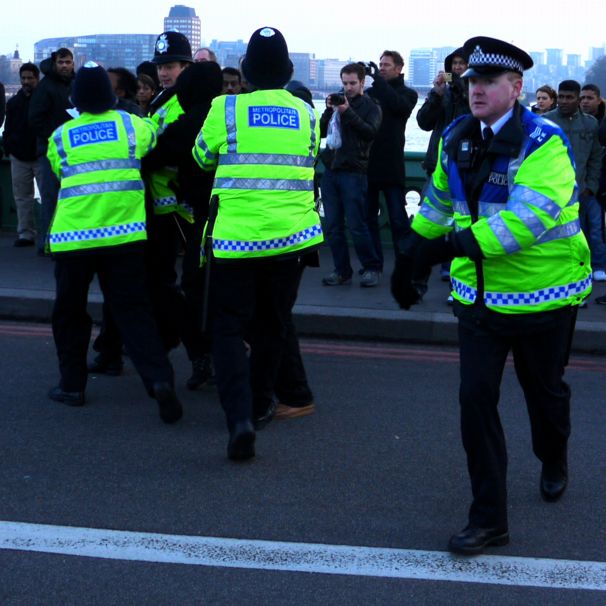 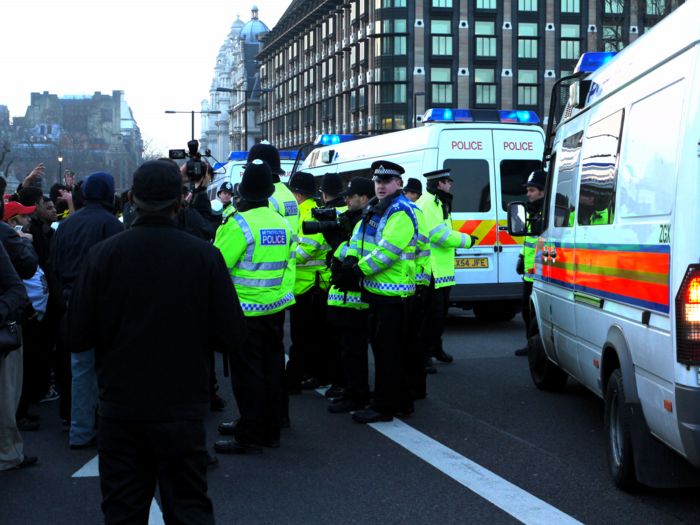 The police have everything under control 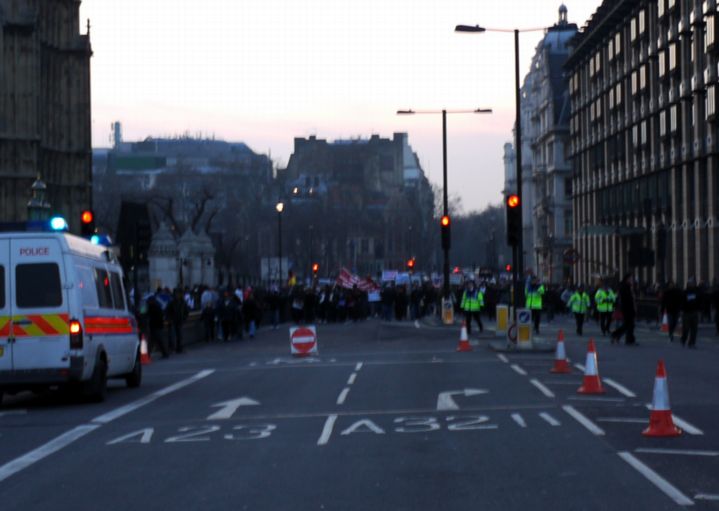 But what's that in the distance? 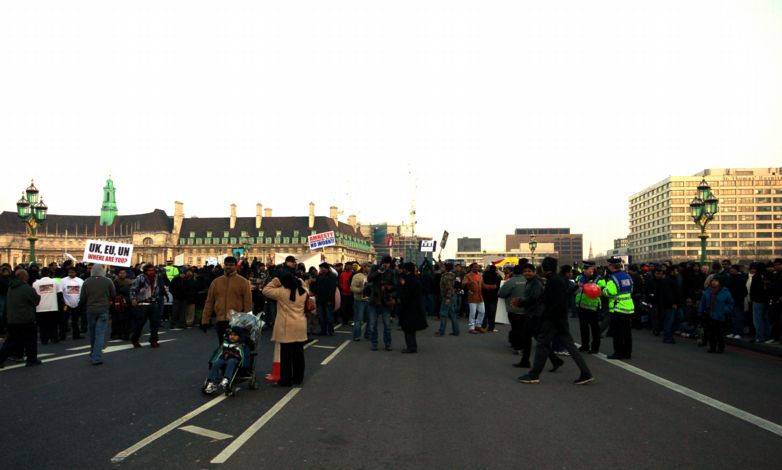 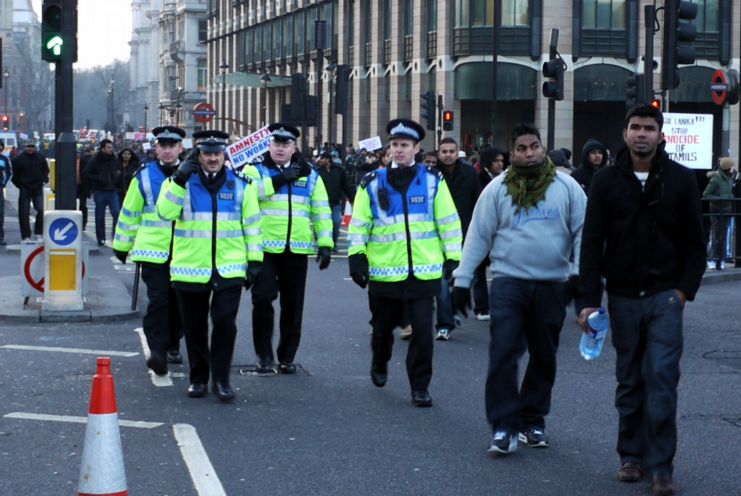 Followed by the not-so-Forward Intelligence Team 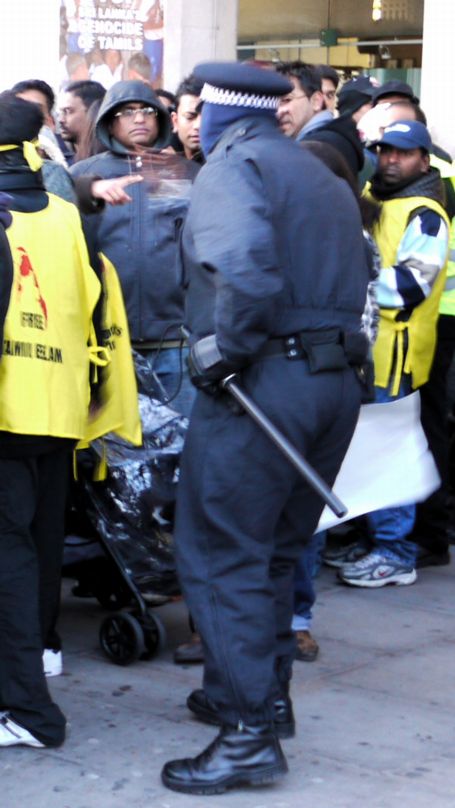 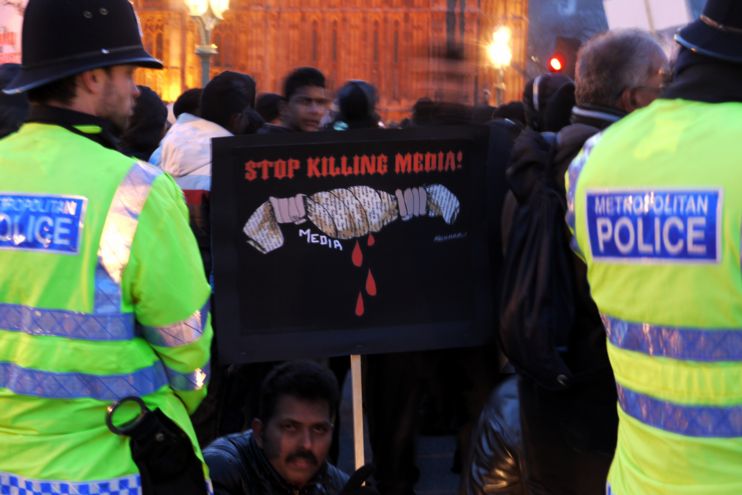 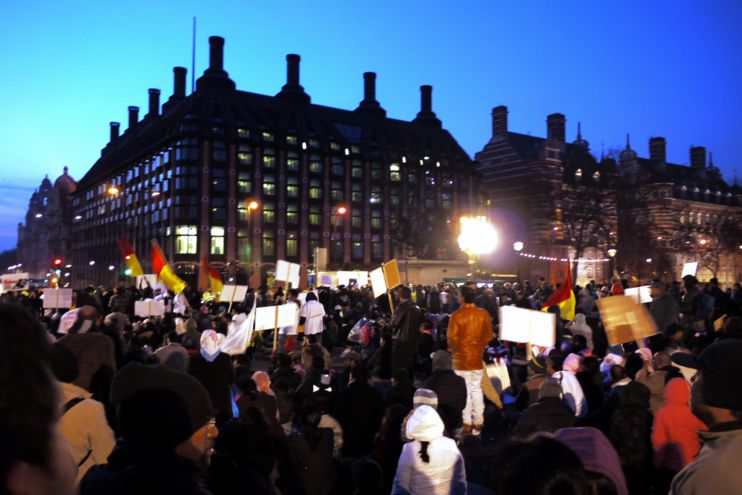 As darkness falls, the crowd hold the bridge, 5pm 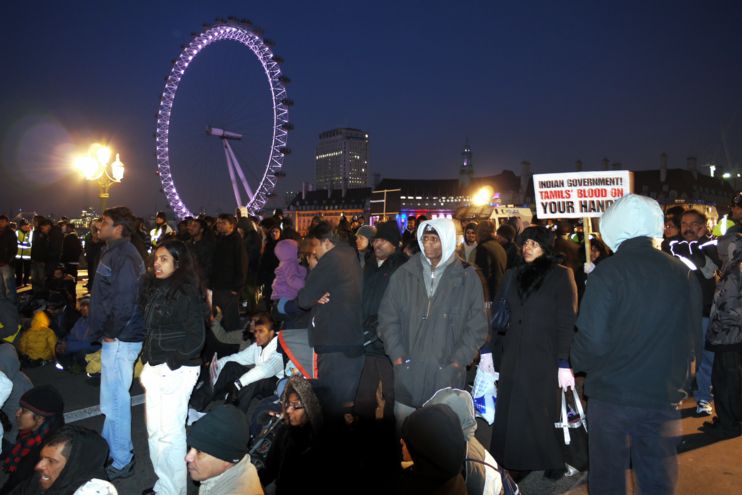 In spite of the cold they stay put, 6pm

All the police can do is stand and watch 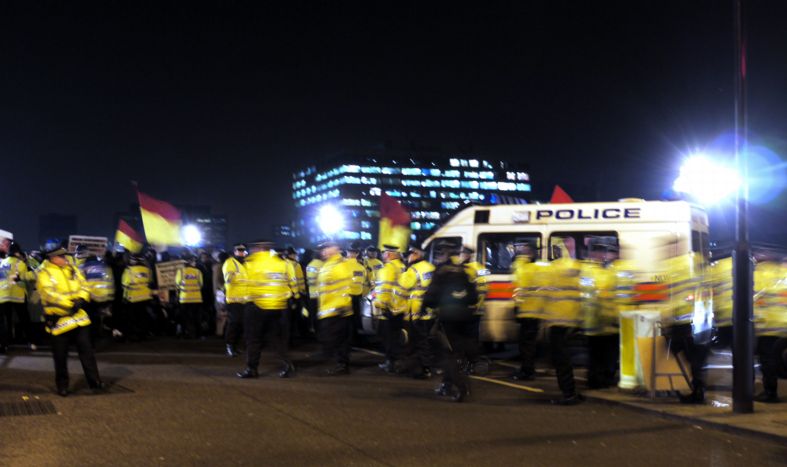 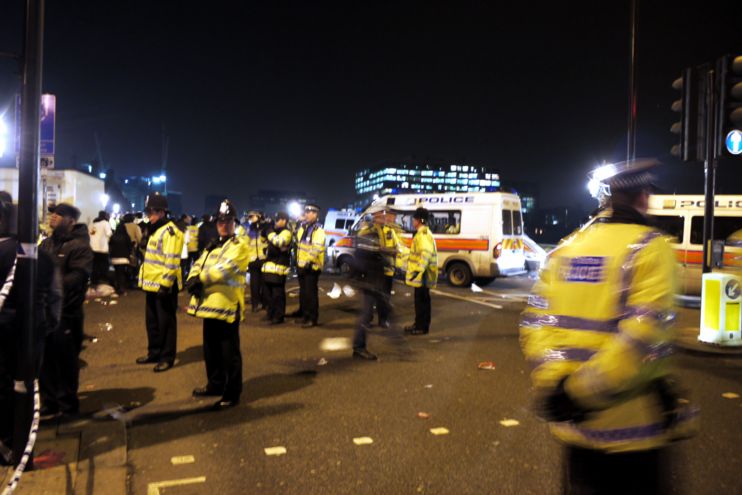 The road is gradually cleared of protesters, 7pm

For more information on the Tamil struggle see: