On Monday 2nd February, 40-50 campaigners braved the snow [ lots of snow!] and cold to protest outside the BBC offices on London Road. 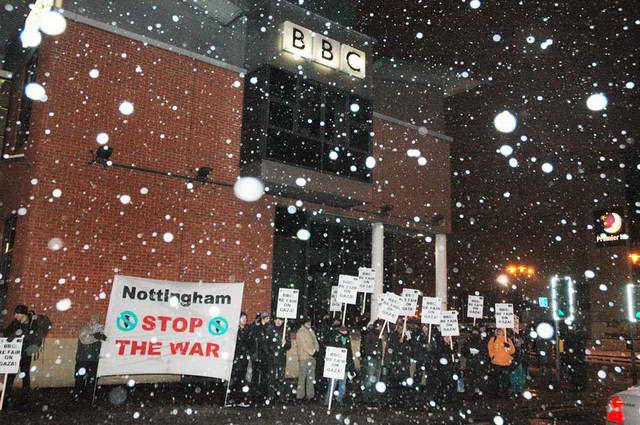 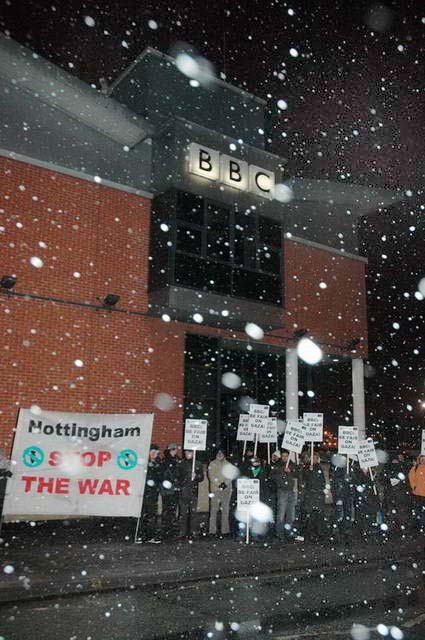 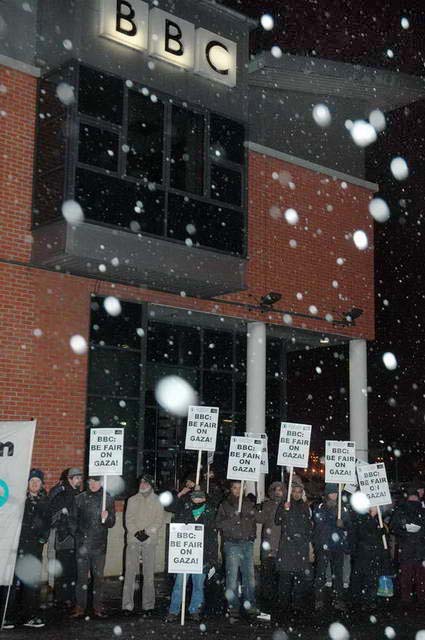 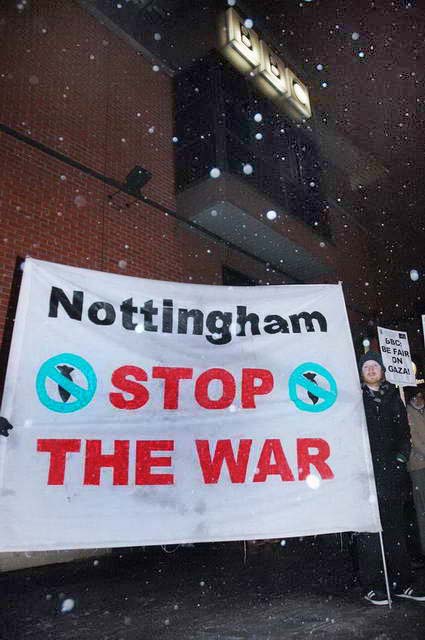 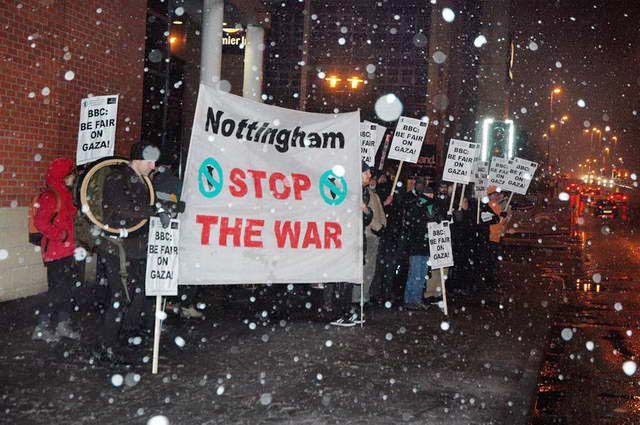 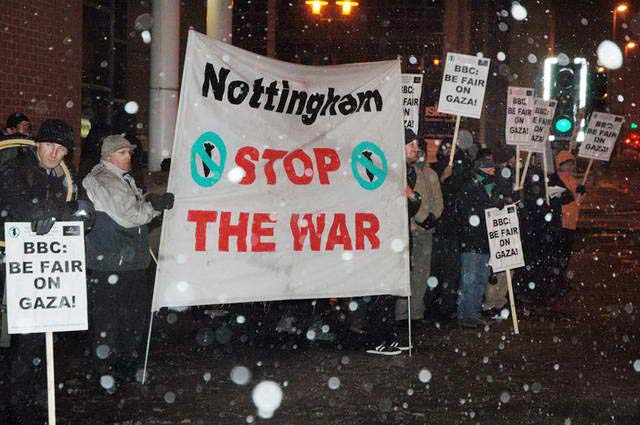 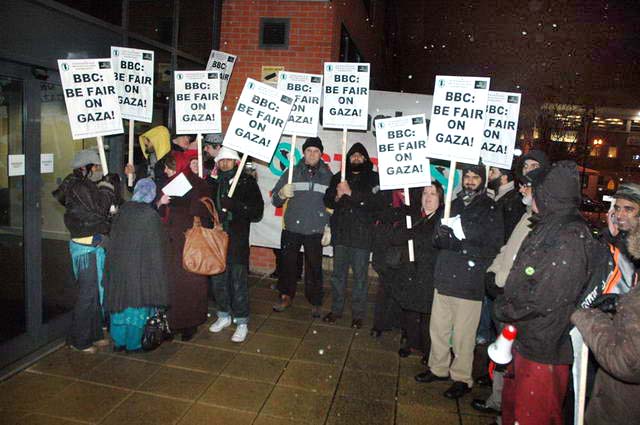 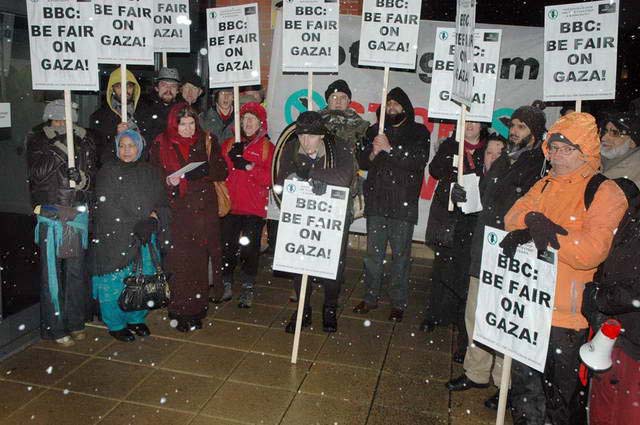 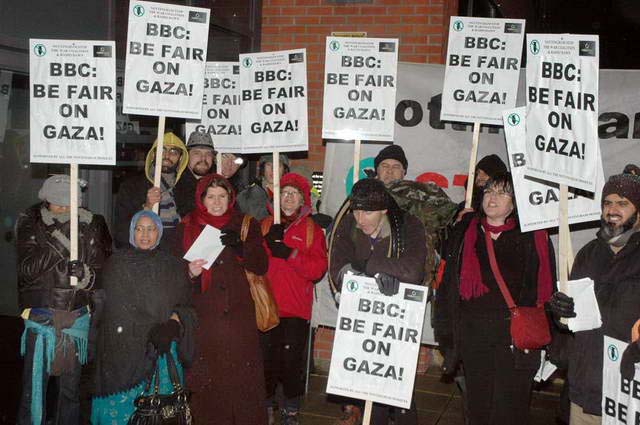 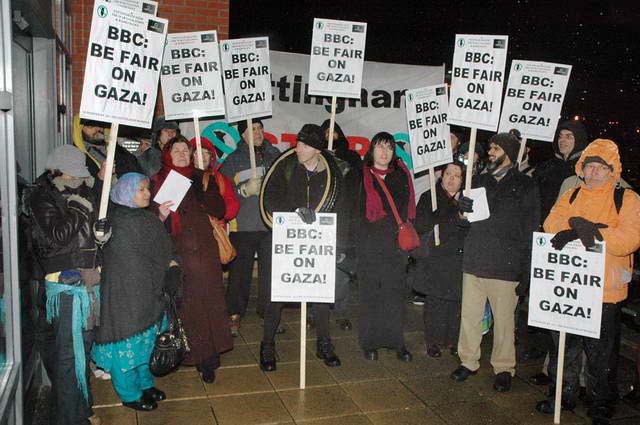 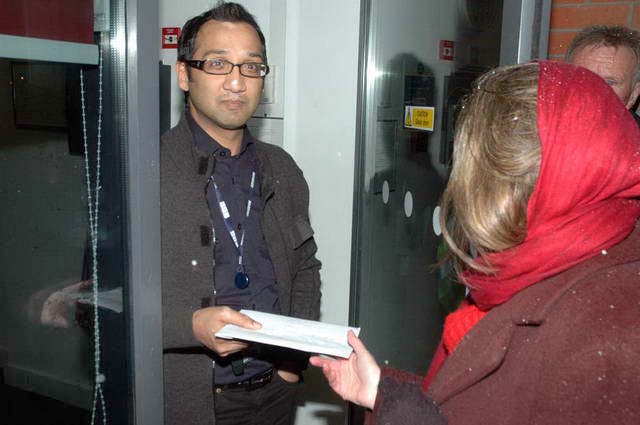 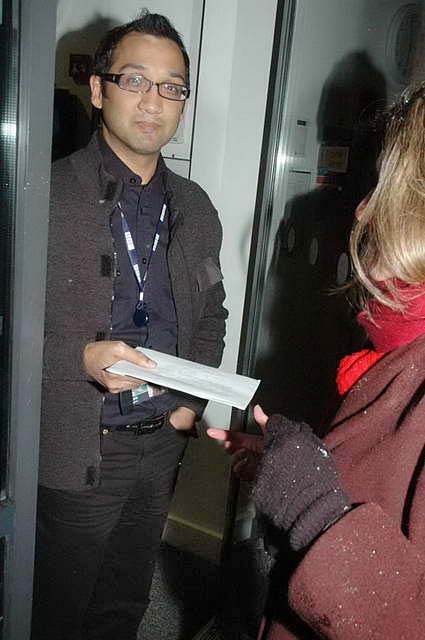 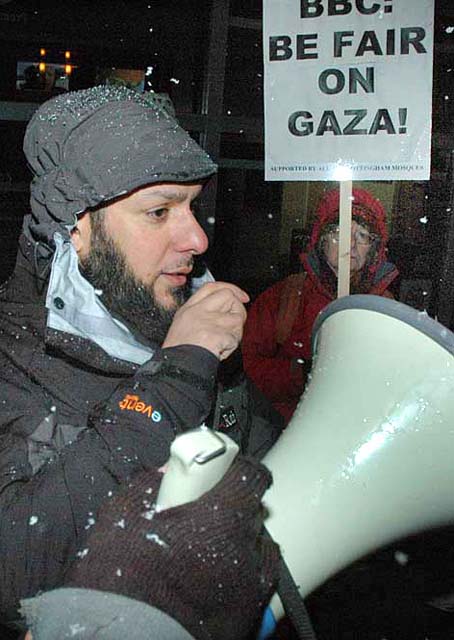 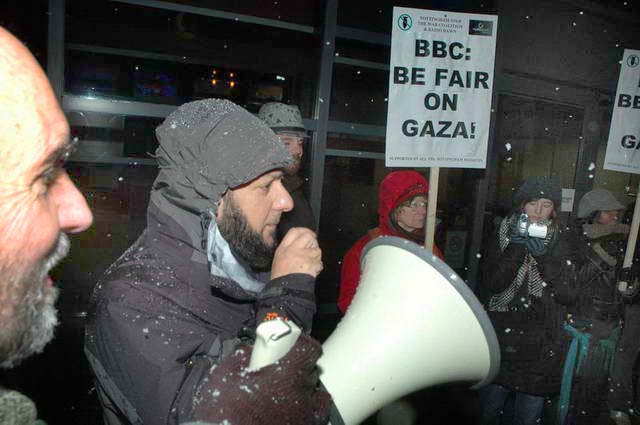 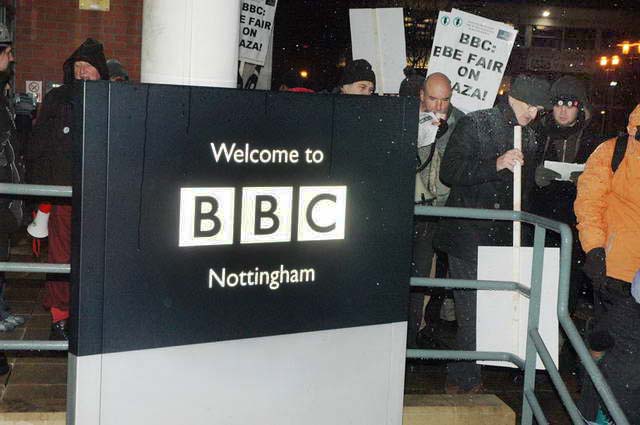 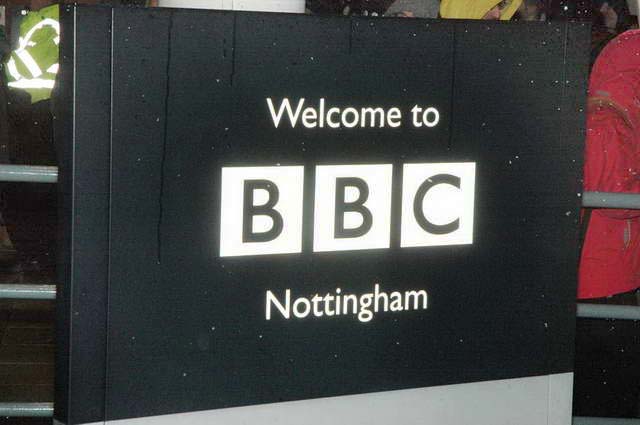 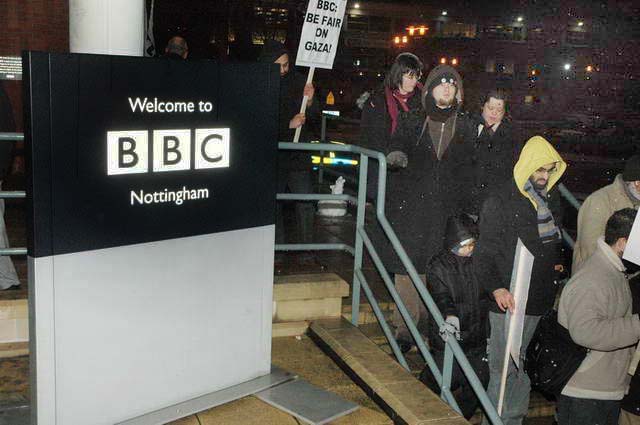 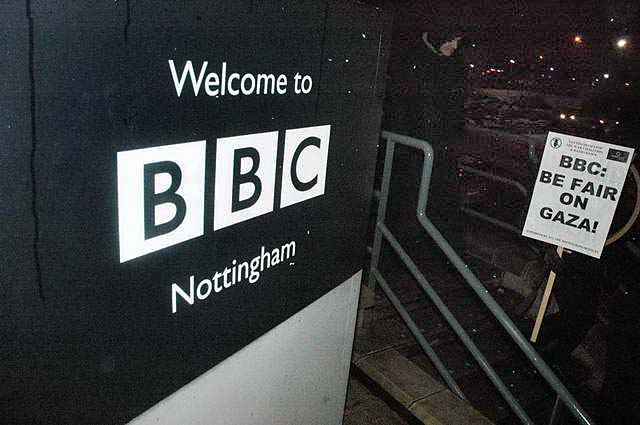 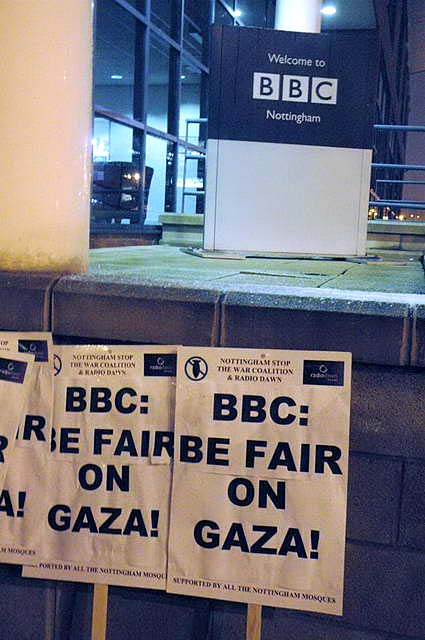 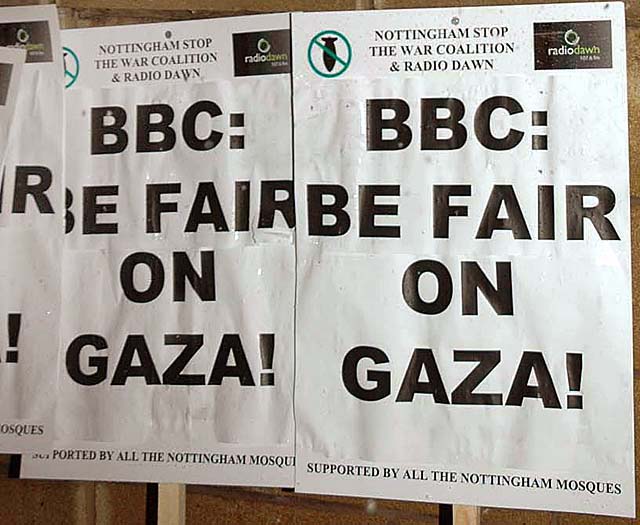 On Monday 2nd February, 40-50 campaigners braved the snow [ lots of snow!] and cold to protest outside the BBC offices on London Road. They were demonstrating against the BBC's refusal to broadcast the Disasters Emergency Committee (DEC) appeal for the devastated people of Gaza, but also criticised the BBC's reporting of the recent Israeli assault on Gaza.

The protesters had various concerns about the BBC's coverage of the recent assault on Gaza. Besides the DEC controversy, they contend that BBC has given free airspace to that smooth talking spokesperson for the Israeli Government, Mark Ragev, and generally played down or ignored protest against Israeli policy. Locally, one of the biggest marches that Nottingham has seen for some time, but was ignored by the BBC in Nottingham.

The BBC agreed to send a delegate down and there was some hope that they might make a brief speech on the BBC's position, but in the end all that happened was that somebody stuck their head out a door, accepted a letter of protest, had their photo taken doing so and then disappeared back inside. Clearly Auntie has little interest in engaging with the concerns of licence payers.

So, I think this is a barometer of the strength of feeling, that people would still turn out to demonstrate in such conditions.