Three weeks ago Dundee University did not have a Stop the War society. Now this newly formed society, which takes support from a number of different organisations active at the university, has had some major success in having demands met. The movement has snow-balled and after several meetings, a march and significant and constant pressure being put upon the Union (including forcing an EGM) DU Stop the War continues to push for action against the perceived apartheid at the hands of Israel. This article explains the actions of the last week and particularly the EGM which had the largest attendance in years. 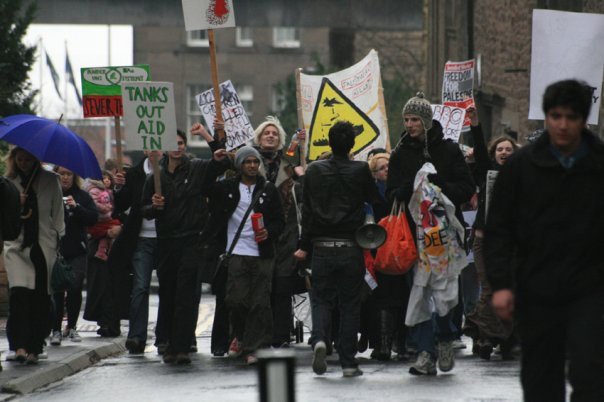 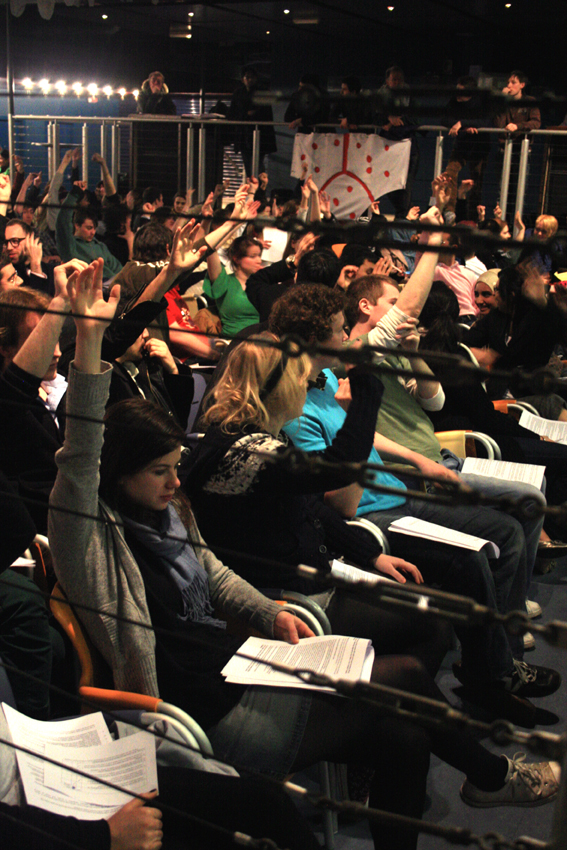 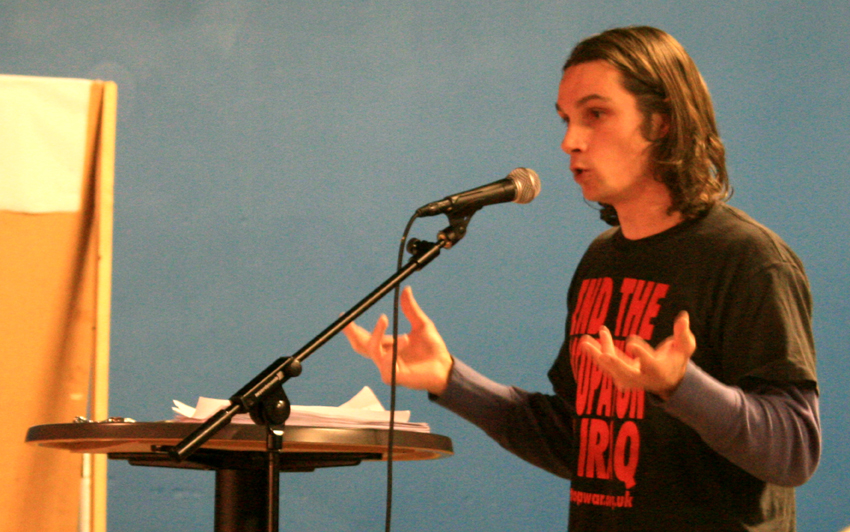 * Students are celebrating winning one of their central campaign demands. Following the Stop the War demonstration at Dundee University (DU) on Friday 29th January, DU Finance Committee agreed on Monday 2nd February to divest £200,000 of shares in BAe Systems, which supplies F16 fighter jet components to Israel, and to formally explore adoption of an ethical investment policy.
* 200 students at Dundee University Student Association Emergency General Meeting on 5th February overwhelmingly pass policy to 1) campaign for DU divestment in BAe Systems and for DU to adopt an ethical investment policy, and; 2) campaign for DU to terminate its contract for bottled water with Israeli owned Eden Springs, which illegally steals water from Golan Heights.

The world has spoken. Millions have marched against Israel's massacre of the people of Gaza. The invasion has left about 1400 people dead, including at least 412 children. Many civilians have serious injuries because of Israel's phosphorous weapons. Thousands have lost their homes, hospitals, schools and universities. Gaza's infrastructure has been destroyed.

The bombs have stopped for now but Israel—supported by prime minister Gordon Brown and the BBC—continues the siege of Gaza. Israel is preventing desperately needed aid from reaching civilians through its murderous blockade by land, air and sea.

The BBC is complicit in this in its refusal to broadcast the DEC charity appeal for Gaza—and Gordon Brown has sent not aid ships but warships. DU is also complicit. Israeli firm Eden Springs steals water from the Golan Heights in the Occupied Territories and sells it in our university while Palestinians so often go without water for days. DU has a major shareholding of £200,000 in BAE Systems, a massive arms company that sells components to Israel for the F-16 fighter jets used to bomb Gaza.

Support for such firms profiting from the murder and oppression of Palestinians cannot and will not continue.

DU students demand that the university: