Books not Bombs, A Rally for Gaza, University of Nottingham : Pics 2 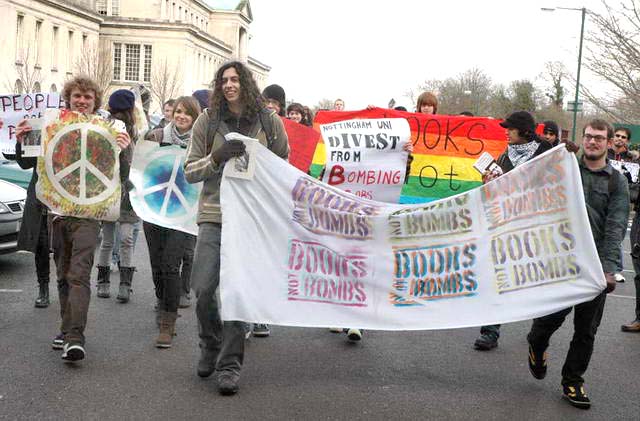 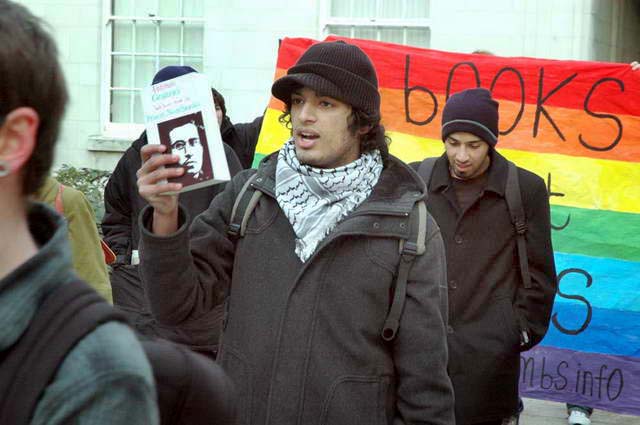 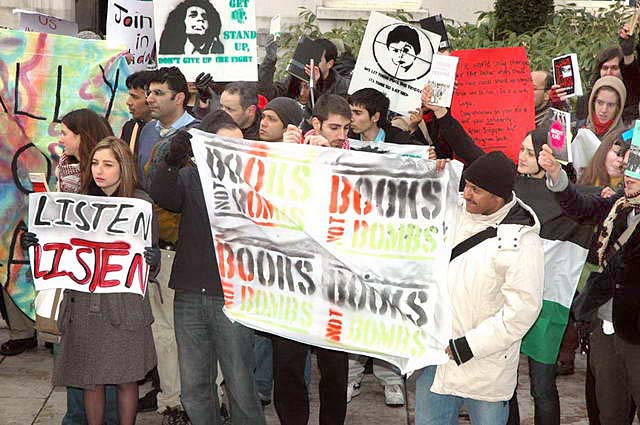 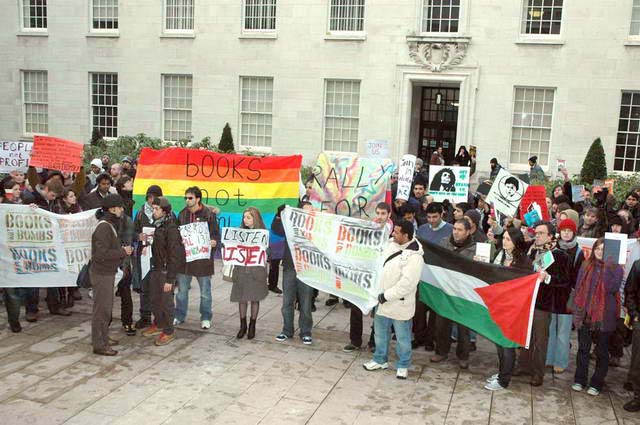 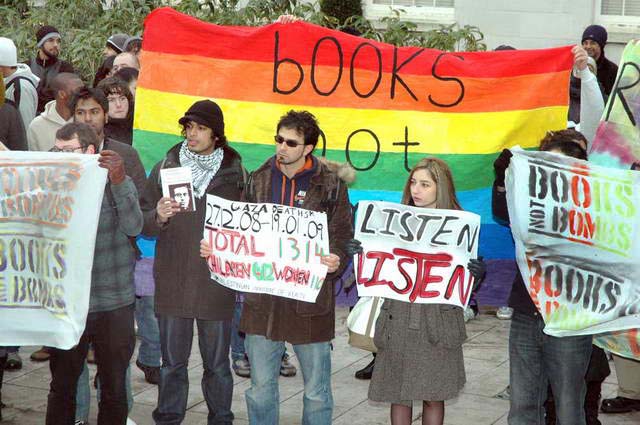 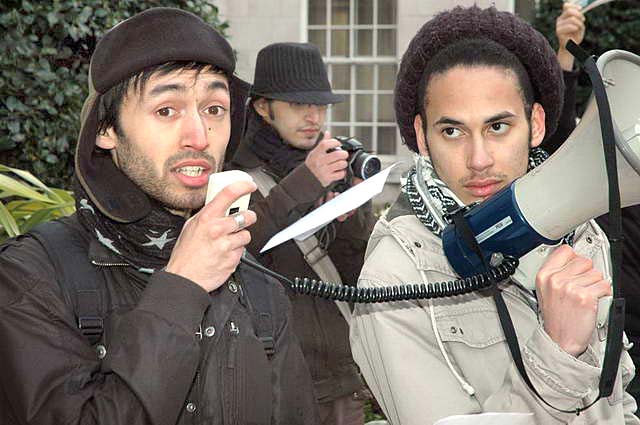 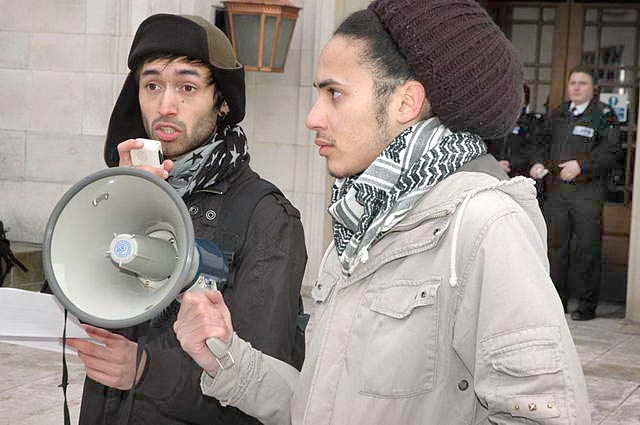 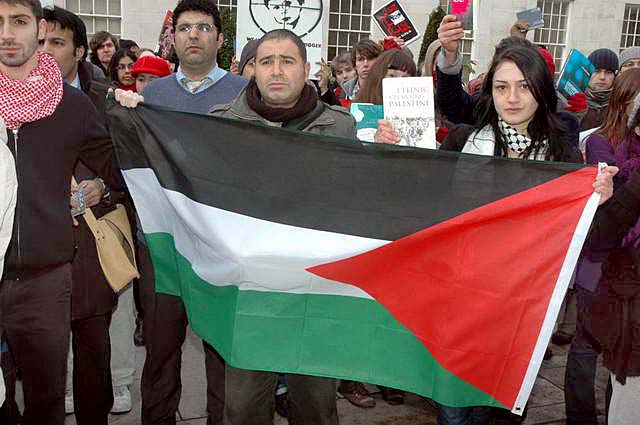 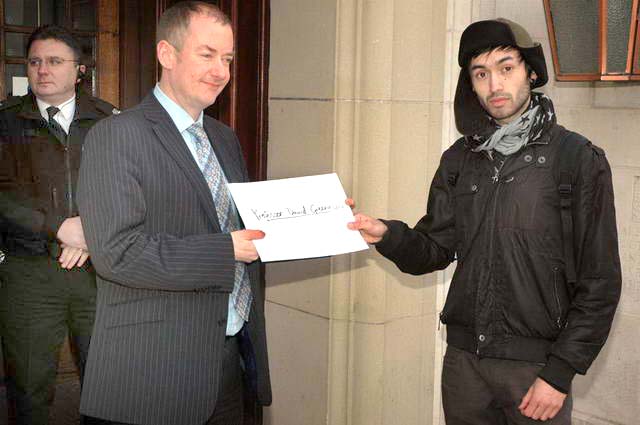 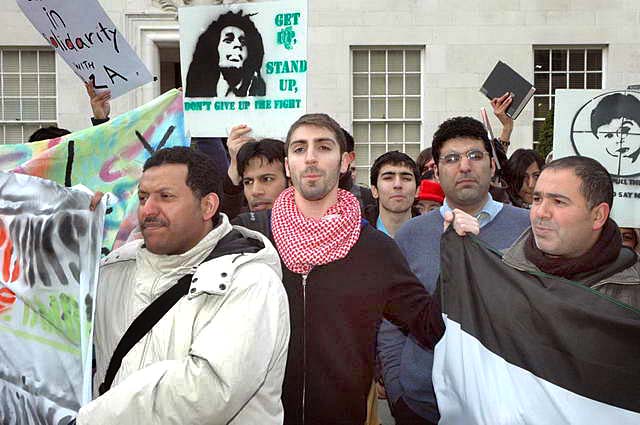 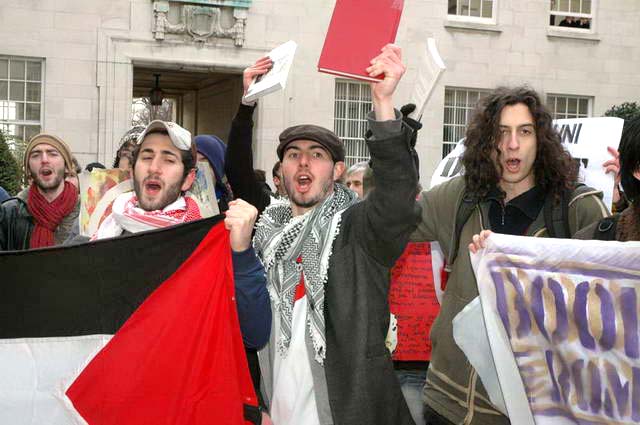 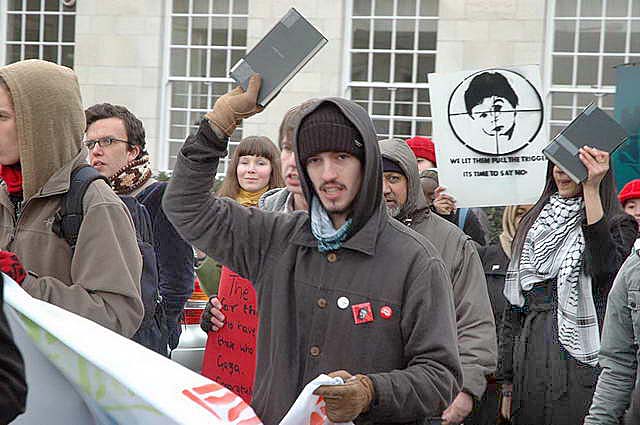 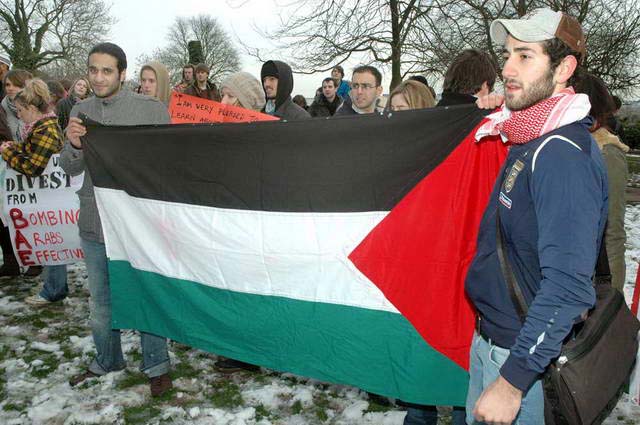 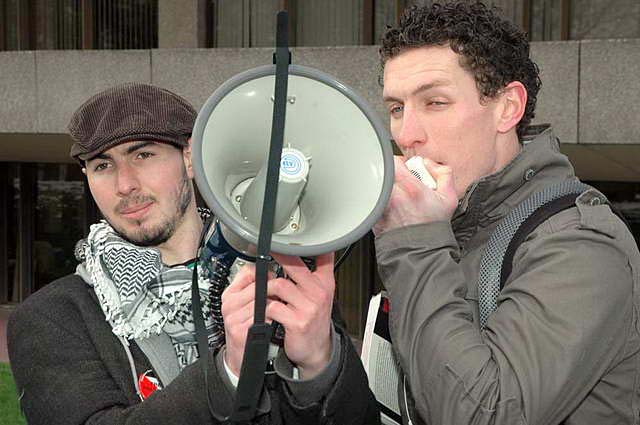 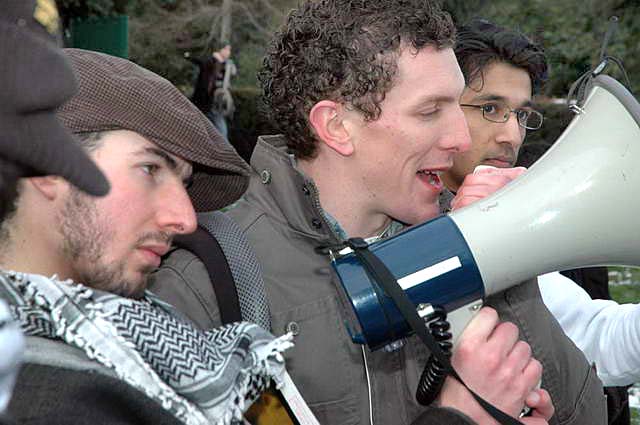 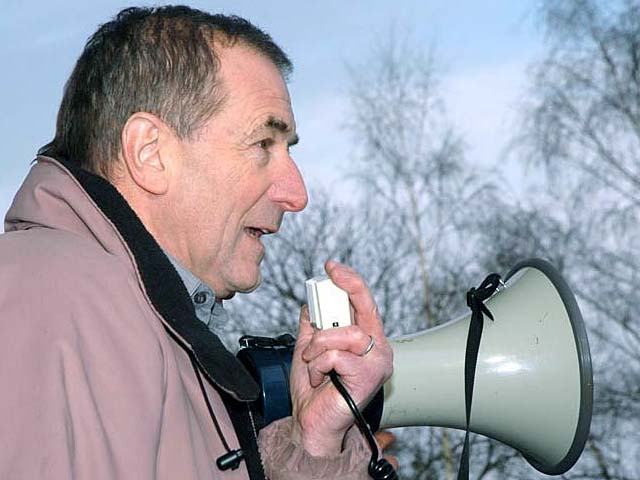 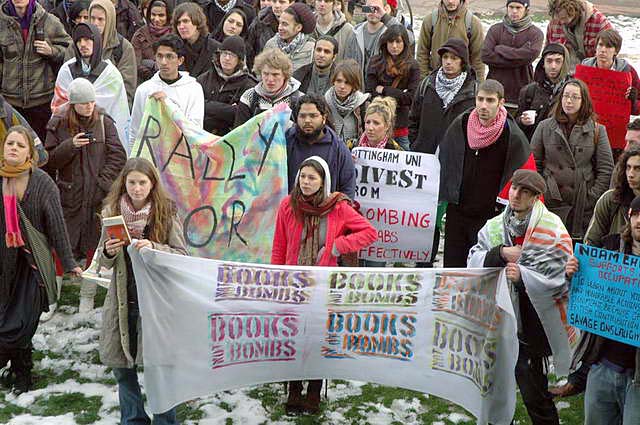 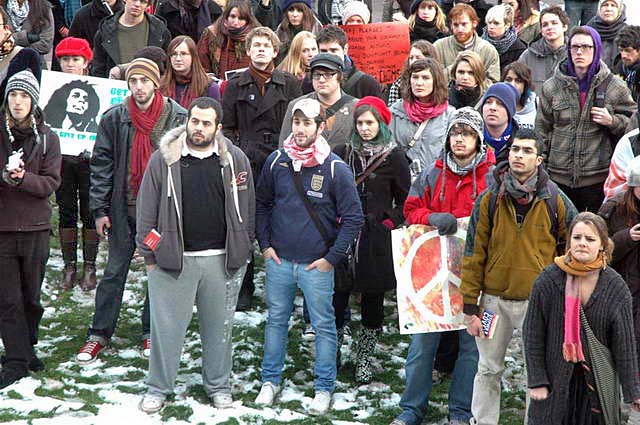 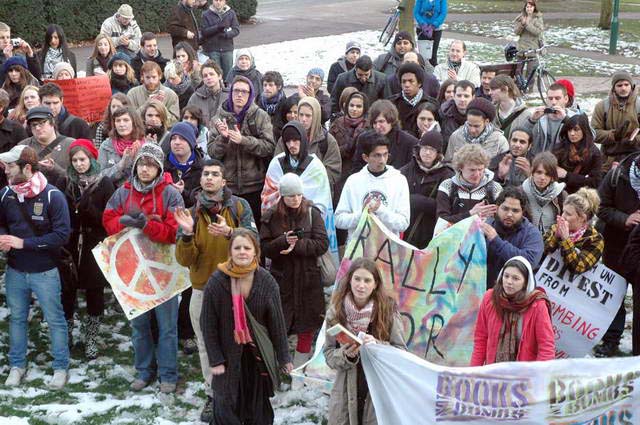 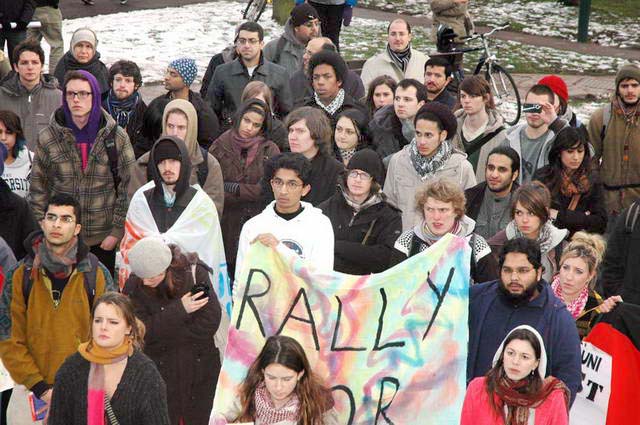 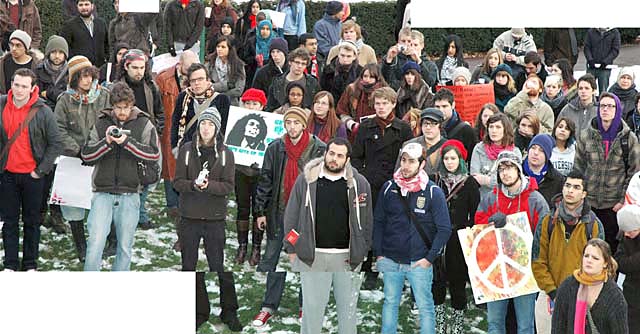 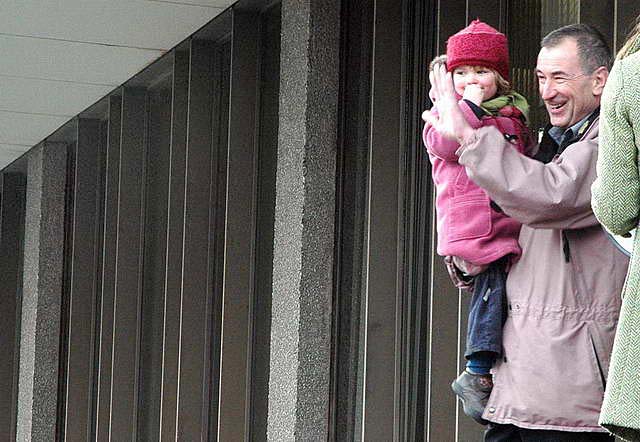 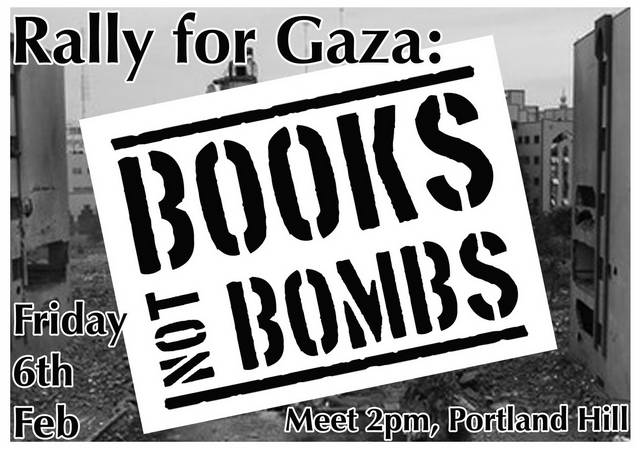 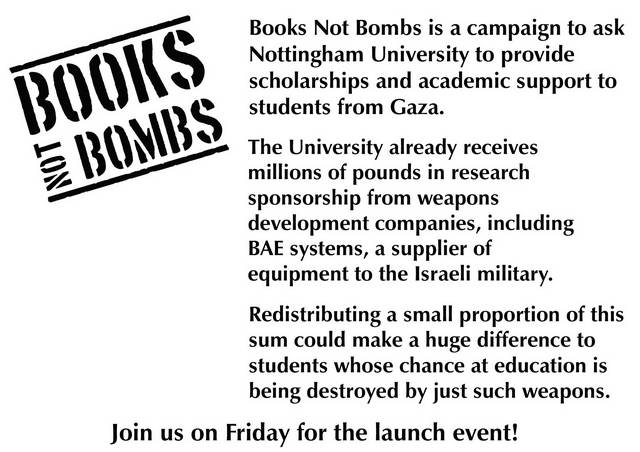 It was a well attended event, with members of the local community, students and staff came together to urge the University administration to re-focus its connections to the Israel and Palestine conflict.

Earlier this week, the universities response included the violent eviction of an occupation of a lecture room in the Law and Socail Science Building.

I believe the hope of the rally organisers, is that the University of Nottingham will begin to build academic bridges between itself, and those whose lives and educations have been affected by the ongoing violence in the region. They ask the University to provide academic aid to universities and schools in the Gaza strip, in the form of donating old books, computers or other surplus teaching/administrative/educational resources, and that the shipping of these resources be paid for by the University of Nottingham. In conjunction with this they ask the establishment to instigate a twinning programme with universities in Gaza, in solidarity with their plight.

This rally was an example of the academic freedoms enjoyed within this university, and it is contended that these freedoms should be shared with as many of the affected Gazian’s as possible. In the spirit of this notion students suggested to the the University administration that it grant a minimum of ten fully-funded scholarships to Palestinian students from Gaza University -which was bombed by the Israeli military. This will give students from Gaza the opportunity for the education and academic environment which we enjoy, and which this latest attack and the continuing blockade has denied them.

The letter delivered to Professor David Greenaway on Friday the 6th of February by the members of the Books not Bombs Campaign.

Over the past weeks, we have been appalled to see the devastation wrought on Gaza by the Israeli military. With over 1,300 dead, of those more than 300 children, and tens of thousands now homeless, Gaza is in a situation of humanitarian crisis.

In a conflict which has claimed so many innocent lives, the road to peace lies in promoting knowledge, education and understanding. But due to the combined effects of the occupation, severe poverty and violence, the educational infrastructure in Gaza is collapsing.

The University of Nottingham has received millions of pounds in sponsorship from weapons development companies such as BAE Systems and the Smiths Group, both suppliers of equipment to the Israeli military. Just a small proportion of this sum could be used to make a huge difference to students whose chance at education is being destroyed by just such weapons.

For this reason, as staff and students of this university we ask that you provide funding for scholarships for Gazan students, and academic aid in the form of books, computers and programmes of exchange.

Whatever monetary costs might be paid are more than compensated for by the moral standing earned in supporting those who are in need of help, and upholding the fine principles of universal dignity and human rights to which the University and indeed the entire academic community aspires.

In solidarity with Gaza,

Members of the Books Not Bombs campaign.

Members of the Books Not Bombs campaign