Plane Stupid Brighton Activists have interrupted a public meeting during a speech by Ed Miliband MP, Secretary of State for Energy and Climate Change, unveiling a banner highlighting the hypocritical actions of the government in relation to aviation and climate change. The action exposes the contradiction between the government's stated aim to cut 80% of CO2 emissions by 2050 and their plans to massively expand the aviation sector in the UK. The banner accuses the government of becoming a "Hypocracy" - a democracy governed by hypocrites.
The Plane Stupid activists dressed in t-shirts reading 'Ed's Popular Mobilization Team' referring to Miliband's call late last year for 'Popular Mobilization' on the issue of Climate Change[2]. Flyers listing the 34 airports planned for expansion within the UK[1] were handed out to the audience, demonstrating the apparent lack of government resolve for tackling the environmental issues that are crucial for safe-guarding our future. Demonstrating their disapproval of the governments un-democratic pandering to corporate interests, the audience made paper aeroplanes, which took flight in the direction of Ed Miliband.

"It is all very well for Ed Miliband to request the public to take action but it is time for the government to provide real leadership in tackling climate change." Said Larry from Plane Stupid, "passing the buck is not an option if we are to avoid the chaos and loss of life Climate Change is predicted to bring." The activists feel that their actions demonstrate their willingness to take responsibility in mobilising around the issue of Climate Change, and expect the government to similarly accompany their rhetoric with strong action.

"The government's farcical plans for airport expansion are incompatible with meeting the required targets for preventing runaway climate change. We are engaging with the democratic process in every way we know how, but at the same time the government has hypocritically supported continued airport expansion." Said Clare, one of the activists Brighton Plane Stupid.

Last year Ed Miliband championed the Climate Change Bill, yet in January he undermined this by supporting a Third Runway at Heathrow. The actions of Plane Stupid at this meeting highlight the incompatibility of these two positions, and challenge not only Ed Miliband but the Labour government in general to be held accountable for their commitments. Their actions similarly challenge Nancy Platt, Labour Party candidate, who will potentially perpetuate this style of government which is so full of promises, and yet so devoid of conviction. The democratic structures in place have been worryingly bypassed not only during the government's decision on Heathrow, but also on Stansted's second runway; where BAA has had more say than both local councils and respected scientific organizations, who oppose the planned expansions. There is a concern that these rigged consultation procedures may become commonplace, and this is what the activists do not want.

Brighton Plane Stupid activist Lucy stated "Anyone with as much access to science as Ed Miliband knows that the aviation industry cannot continue to expand. Miliband and a host of other MP's have failed us on Heathrow, proving their words to be as reliable as quicksand, the global environmental situation does not allow us enough time to see this track record of deceit and hypocrisy grow".

Mr Milliband was interrupted but not obstructed from making his speech in support of the Labour Party candidate Nancy Platt at the Brighthelm Centre in Brighton. 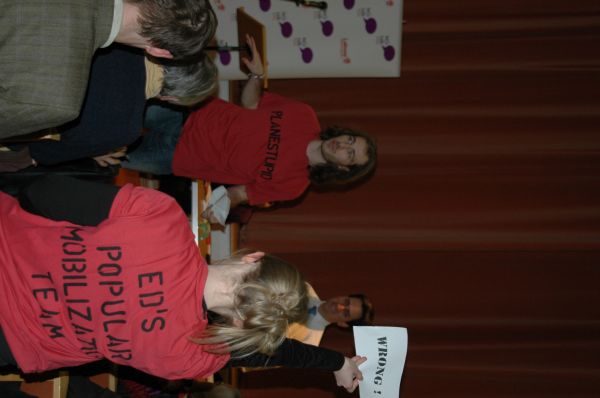 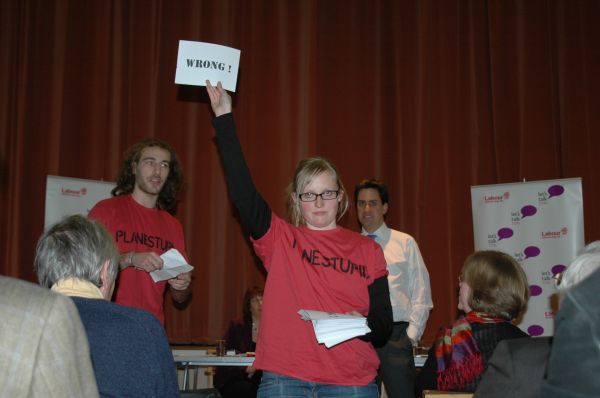 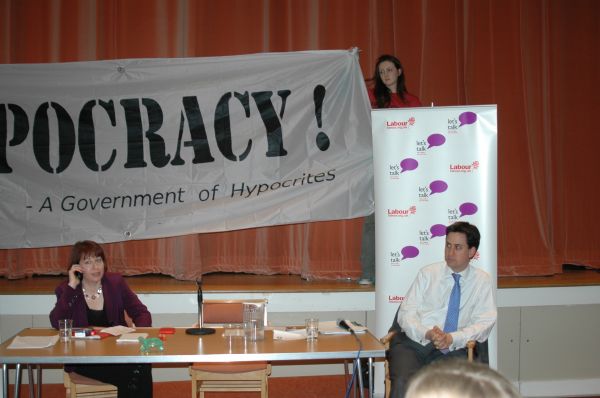 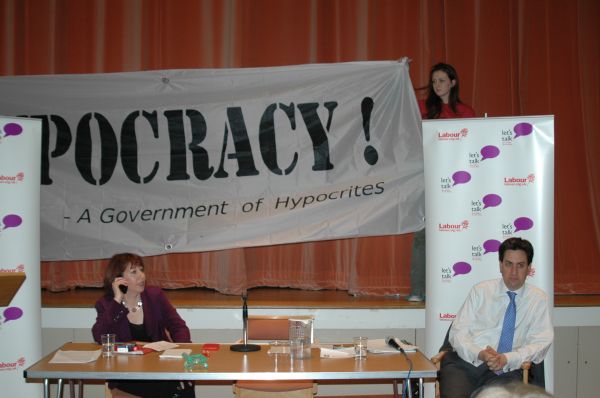 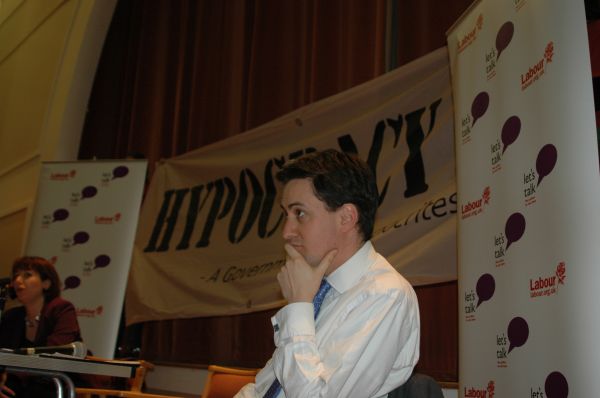 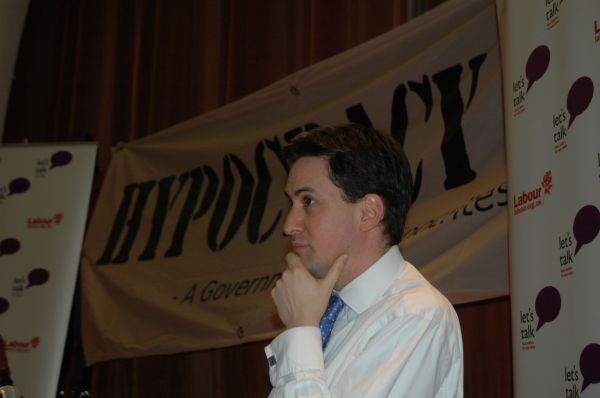 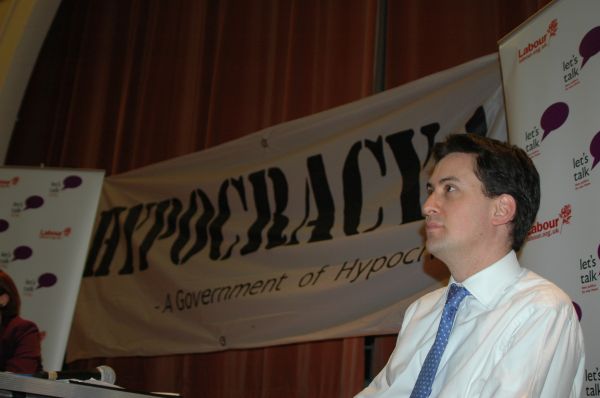 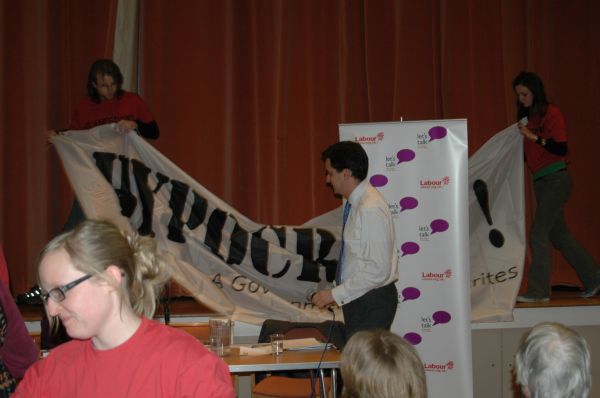