Roll up, Roll up!

Defend civil liberties and have a laugh at the same time, with 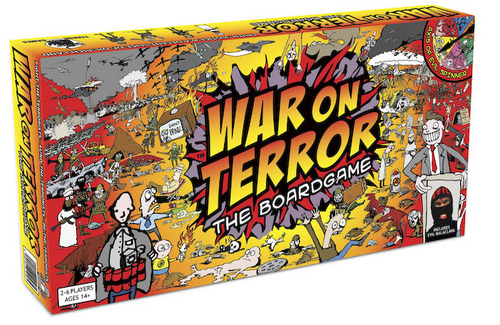 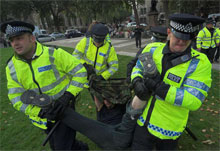 Come along now, you've had your fun!

All you have to do is send us your videos or photos
of the British constabulary's finest moments.

Why?
On 16th February 2009 the Counter-Terrorism Act 2008 comes into operation, which threatens to make it illegal to take a photo of a police officer, or to “elicit information” about them. So bang goes alerting people to cops spying on peaceful protesters, and bang, clunk go journalists investigating police corruption or malpractice.

How?
Fitwatch is launching a competition which will give a copy of the award-winning War on Terror to the winner of each of three different categories:

1. SCARY – for the most shocking bit of police abuse recorded. Dixon of Dock Green it ain't!
2. FUNNY – for the most piss-yourself classic copper moment.
3. EFFECTIVE – Did you make the police help you with your inquiries? - for the pictures which proved a case against the police or had most success in defending civil liberties (please tell us what it did).

You can enter still images or video footage. Just post them on flickr (preferred for stills), blip.tv (preferred for video), youtube or indymedia, your own blog/website or anywhere else (please put the tags “visionontv” and “fitwatch”) – then send us a link to defycops@yahoo.co.uk

We welcome images from anywhere in the world, but only the best of the British constabulary can win a prize.

For more details on how to make your images available, go to the bottom of this page.

Where?
On 16th February, the first day of the new legislation, the Policewatch series commences on visionOntv . Films and photos submitted to the Fitwatch competition will feature in this series on visionontv's grassroots channel.

Who?
Fitwatch is a group of people who have come together to resist and oppose the tactics of the Forward Intelligence Teams (cops who harass protesters).

We aim to act in solidarity with each other, supporting campaigns by being at meetings and protests, making it harder for the police to film and gather intelligence.

We get in the way of their cameras, taking photos and publishing as much information as we can about them on our blog.

visionOntv is a new online TV station, which has all the ease-of-use of mainstream TV, but with content that is very very different.
To watch the whole of the Policewatch series, plus the best of activist video from around the world and a whole lot more, go to visionOntv . On this link you can watch the streaming version, but to get the full TV experience download the player app and enjoy!

Please email info@visionontv.net for further info on the Policewatch series.

If any police officer would like more information on the Policewatch competition, please contact Fitwatch, as it is not an organisation, and has no spokespeople.

How? part 2
We strongly recommend giving your pictures a creative commons license, so they can be distibuted as widely as possible. Please let us know which license you prefer, or if you need to keep copyright.
The creative commons license we advise choosing is “Non-Commercial Share Alike” – which allows people to use your footage for anything non-commercial, and as long as they release it under the same license. That's what visionOntv puts its own films under.