Photographers turn out in solidarity against new "terror law".

Everyone knows Indymedia's a copper's favourite read, but after a couple of hundred snappers turned up outside the yard this morning they'll be queuing up today to see whose mug's on the wire.

200 or so photographers turn up. 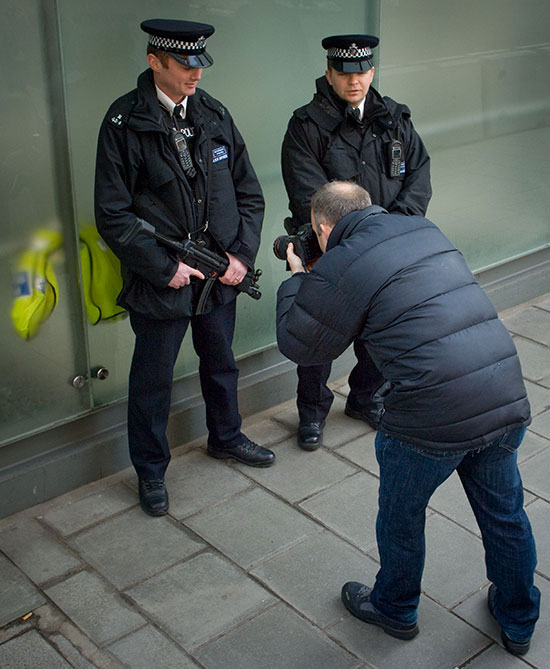 They'll not nick him today, surely? 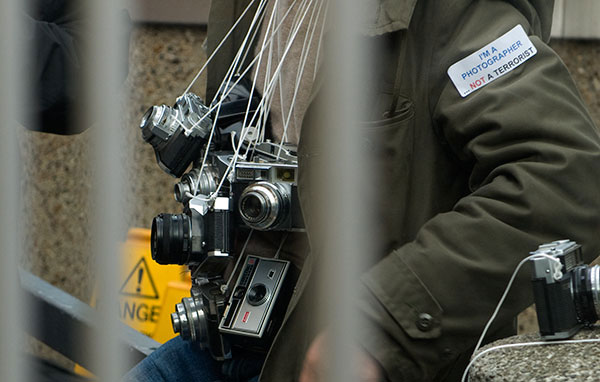 Because snuck in today under the usual cover of the war against terror came Section 76 of the Counter-Terrorism Act 2008.

This criminalises anyone 'eliciting, publishing or communicating information on members of the armed forces, intelligence services and police officers which is "likely to be useful to a person committing or preparing an act of terrorism".

But given the police's regular and blatant misuse of other laws such as Section 44 of the existing Terrorism Act and Section 1 of PACE, photographers feel it's a racing certainty that it'll get used to suppress evidence the police don't want used against them.

"I can see it now", wrote photographer Marc Vallee in Thursday's Guardian (

http://www.guardian.co.uk/commentisfree/2009/feb/11/police-terrorism-photography-liberty-central) "If you don't stop taking pictures of me hitting this protester on the head, I'm going to nick you under section 76 of the Counter-Terrorism Act 2008."

At least three legal cases are currently pending relating to such police over-exuberance at last year's Climate Camp in Kingsnorth, Kent. Almost two thousand cops from 26 forces assembled at a cost of over 6 million quid and - having first harassed and delayed the press - chose to lay in on a regular basis on campers with steel batons.

Sadly for them these attacks were nevertheless filmed and photographed and this evidence stands ready to disprove the lies they make in justification for that behaviour. Imagine how much easier life will be for them in future if those newsgatherers can be taken away from the scene under threat of a ten year stretch.

High up behind the mirrored windows of New Scotland Yard the Forward Intelligence Team will have been at work photographing the photographers for their records.

And they'll have noticed something new - as well as the usual twenty or so photographers they always target for "reporting the news the wrong way" there were a couple of hundred new faces: working news photographers who've had it up to the back teeth with being pushed around illegally on threat (and sometimes the reality) of arrest.

It's no longer just an activist minority that sees through this sham of repression presented almost as a health and safety issue (keeping us safe from the bad men). Political police intrusion is becoming ever more invasive, is affecting all our lives and fucking up the freedoms we're supposed to believe are (were?) our right.

This new law is just one more subtle tool in the armoury of public repression and this extraordinary turnout by what is normally an apathetic and politically careless bunch of photographers sends a clear signal that the worm is finally turning.