One of many 'Free Gaza' murals painted by Brummie artist Mohammed Ali (aka AerosolArabic) and his crew has been scrubbed off a resident's wall in Alum Rock by Birmingham City Council. It transpires that this was at the behest of West Midlands Police who had been leaning on the home owners for some time claiming their home could be petrol-bombed if it stayed up!

So if the cops have got their way with this mural, does this mean the other Free Gaza murals around Birmingham are at risk too?

For pictures of the Free Gaza mural in Small Heath Birmingham see:

The following is a statement cut 'n pasted from AerosolArabic's website. You can also check out statements from the home owner on the Stirrer's website here:

On Monday 16th February, the mural created in Alum Rock, Birmingham, which highlights the plight of the people of Gaza, was wiped out by Birmingham City Council. This was ordered by the Police from Nechells Green Police Station. This mural was one of four murals that have been painted over the past 2 months, during the Israeli bombardment of Gaza and have been painted by myself alongside various youth who represented a diversity of different background and faith.

There has been numerous discussions on the internet about the situation, with much speculation of what actually happened. I myself, have not publicly revealed any information, or spoken to any press, yet the wiping out of the mural is now very well known in the city of Birmingham. I have attempted to be patient and not be hasty in action, and have had various meetings, including one with officers at the Nechells Green Police Station, along with various community leaders.

Since there is so much speculation about what has happened, I thought to now write openly about the facts that I know of.

After the creation of the mural, the wall became a very talked about piece of art, much like all of the other murals in the city. I am a born and raised brummie, so take pride in decorating the ugly walls that are already vandalised with mindless scrawls, with meaningful, colourful art that has a positive message, that attempts to unite our already segregated communities

The police visited the home-owner, who speaks little english. The words ‘your home could be in danger of being petrol bombed’ were mentioned by the police. “If you sign here we can remove it”. The police claim the elderly lady didn’t want the mural there and wanted it removed along with her sons.

Yes, she may have agreed to the removal of the art, but If police came to my door, I would feel the same, and comply with any of their requests, especially with mention of ‘petrol bombs’. Who wouldn’t??

The son of the building owner, mentioned to me, that she became scared in her own home due to what the police said. The police have denied any reports of threats of petrol bombs from any member of the public. So where did these so-called threats come from? Or did the police make them up in order to scare the family, and lead to them agreeing to signing on the dotted line and agreeing for the artwork to be removed? I think it is scandalous that the Police should harass the family in this way, and this type of bullying should not be tolerated. All of the other Gaza-themed murals have remained intact, but this wall, they got the magic signature.

I don’t know why the police may have wiped out the mural, perhaps an effort to minimise any ‘incitement of hatred’ but did they not think that wiping out the mural would do the opposite of their aims? Especially when the mural read nothing of any hatred, or racism, but only words of support for innocent people who die in Gaza. The caption ‘we hear your cries’ in reference to the innocents that died in their hundreds in Gaza. The mural was created by young people of all faith and colour, so this was not an issue that divided this community, but rather united them. It was an expression which lead to young people - already frustrated at what they are seeing on their tv screens of Gaza being bombed and innocents being killed - to channel their expressions in a positive way, by engaging with myself as an artist. With the dialogue I had with them while creating that mural, I explained to them that theire are many many jews and even Israelis that are against the attacks on the people of Gaza. I explained that we as human beings are against the killing of anyone, regardless of faith, colour or creed.

Yet the police do not understand this. Without any understanding, or consideration of the consequences, in a typical gung-ho fashion they decided, that this bit of ‘graffiti art’, was wrong.

I am not against the police at all - anyone who knows my work, know that I am all about enriching our society with positive virtues, having respect for one another and using the arts as an alternative means of bringing people together. What I do feel is the Police, on this occasion clearly have no grasp of the reality on the ground and have a made grave error in removing this piece of art.

The police should stick to what they are supposed to be doing, which is catching criminals, not become art critics or censorship squads. This country prides itself on people being able to express themselves freely, but perhaps i didn’t read the small print that says ‘this excludes those who support the people of Gaza’ or those who chose to use spraypaints instead of brushes. 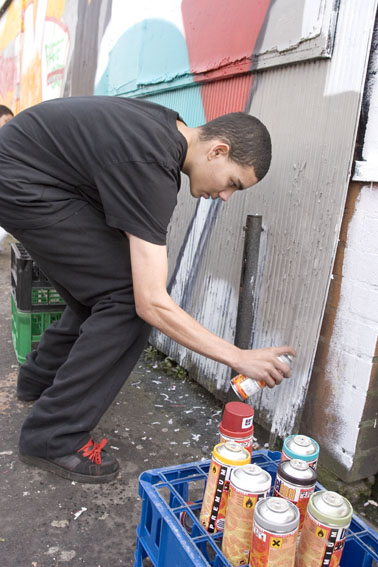 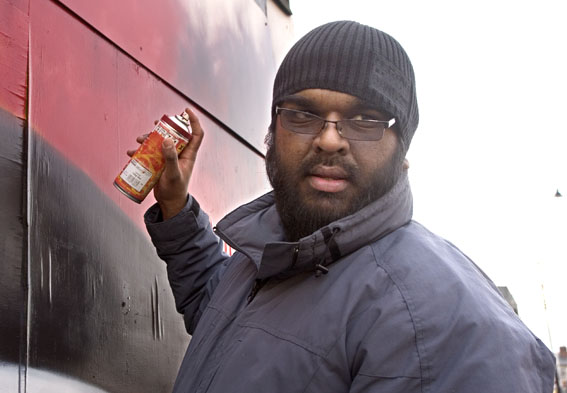 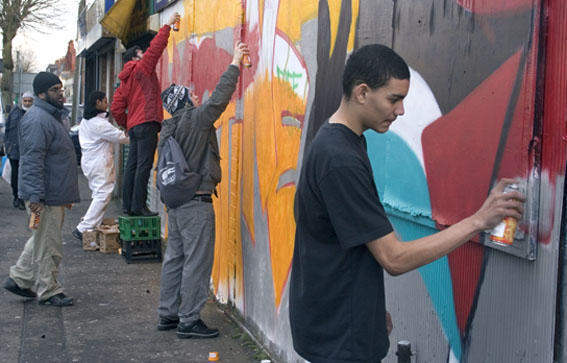 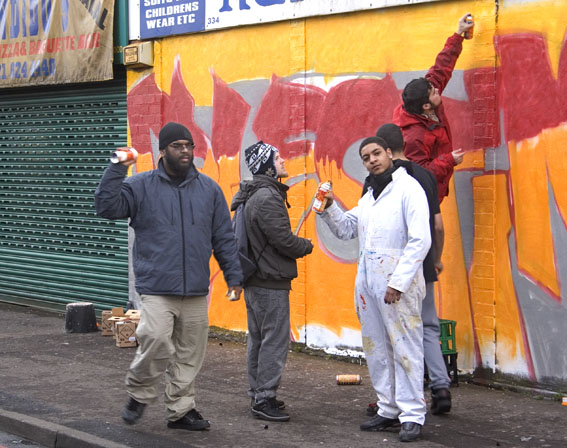 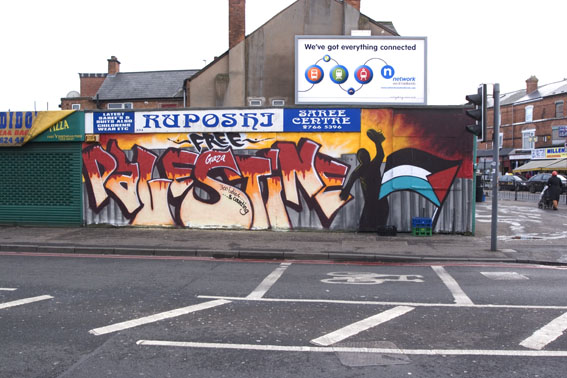 Some pics from a mural painted on Walford Road Sparkhill.