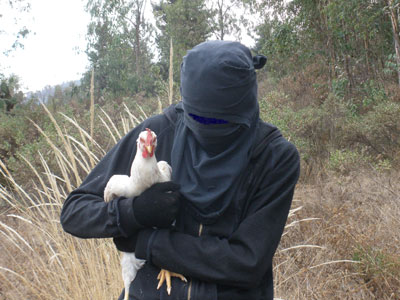 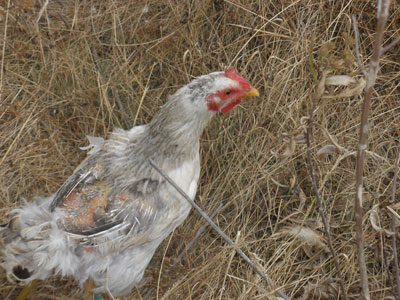 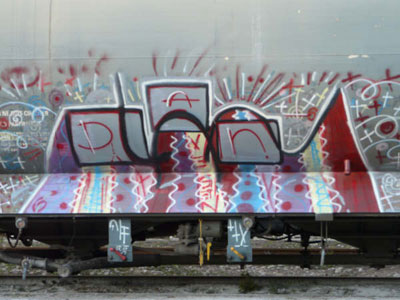 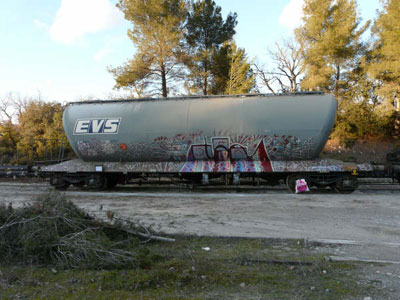 "During the night of the 14th February in the center of Tallinn, Estonia, the Fur boutique was completely covered by red paint and the lock of the main entrance was glued."

"In the early morning hours of February 17, FLA-CVN activists went out for a nighttime stroll against speciesists. When the repressive Mexico State 'security' discovered us, we got rid of the tools to carry out our action. They thought that this would prevent us from reaching our objective, but they were wrong!
When we were leaving the filthy station, we went with more rage and more of a yearning for freedom for two hens who had been discovered imprisoned, dominated and deprived of their liberty in a church. The rescue was a little difficult without the tools that would have helped us, but we had enough conviction and courage to overcome the small impediment. We broke a fence that separated the birds from their freedom and we left along with them under the light of a beautiful moon.

Now this pair of hens enjoy complete freedom without having to endure the domination of the church or any other human being.

This is a message for all those who want to suppress the desire for freedom; if they put walls in our way we will jump them, if they catch us we will get away, and if they block our path we will knock them down!

Neither the security cameras, nor the police, nor the speciesists can stop us! This is not over yet, the fire continues to expand each time there is more... fire to all that oppresses us!!!!

"DIRECT ACTION AGAINST THE FUR TRADE IN THE SOUTH OF GERMANY

31:10:08 IN REGENSBURG 2 FUR SHOPS WERE HIT WITH BUTYRIC ACID
AND 'STOP TORTURE - BOYCOTT FUR' LEFT BEHIND

13:12:08 IN PASSAU AT MELISSA AND MARENA (FUR AND LEATHER STORES) THE WINDOWS WERE ETCHED

25:01:09 BUTYRIC ACID SPRAYED INSIDE THE SHOP 'CALLAS' AND 'FUR IS MURDER' PAINTED ON WALLS NEARBY
MEDIA REPORTED THAT THE STORE DID NOT SELL FUR, BUT WE VISITED THE STORE PRIOR TO THE ACTION AND FOUND JACKETS AND COATS
CLEARLY LABELED 'FUR' NOT 'FAKE FUR' OR '100% POLYESTER'

14:01:09 AT THE WEISHAHN FUR STORE IN EGGENFELDENER,
ITEMS (FOX HAT, FOAL JACKET, MINK STOLE, ETC) IN A DISPLAY CASE
WERE RUINED WITH BUTYRIC ACID
AFTER THE ATTACK SURVEILLANCE CAMERAS WERE INSTALLED
ALSO LEFT BEHIND WERE THE MESSAGES: 'FUR IS MURDER' AND 'A.L.F.'

"10 Telmex phones have been sabotaged by putting pieces of iron with superglue into the calling card hole.

The sabotage will not stop!

"[...] - Business Analyst for BNY Mellon - had the tyres of a car slashed on the driveway of his house at [...]. No silver VW out this night, but thanks for leaving something for us to play with.

BNY Mellon, it's time to drop your shares in HLS (LSR).

BNY Mellon dropped 85% of their shares:

"Inspired by all of the beautiful actions against animal exploitation and murder by the FLAM in Mexico, we decided to take action.

In Fresno, CA, for the second time in a week, all the locks on a Carl's JR. Fast Food outlet were superglued. These actions were quiet, quick, and incredibly easy to pull off.

We hope it caused a headache for the owners and managers and forced them to shell out hundreds of dollars in repairs and insurance deductibles, in addition to the lost sales.

Take small and constant actions for animals in your own towns.

After years and years and years of pleading, protest, letter writing, civil disobedience, these institutions and individuals still don't get it. They continue to oppress and kill innocent and intelligent beings.

The Justice Department has had enough of waiting and pleading while the animals suffer and die in agony.

On behalf of the animals, we mailed razor blades covered in rat poison to some Wake Forest primate murderers.

First on our list was [Personal details removed as per:

http://www.indymedia.org.uk/en/static/privacy.html#Personal_Information] that razor blade has your name written all over it.

The other envelope was mailed to [Personal details removed as per:

http://www.indymedia.org.uk/en/static/privacy.html#Personal_Information] also addicts primates to cocaine in her laboratory. This is atrocious and sadistic research.

We are well aware of where the rest of Wake Forest's primate vivisectors reside. This is only the start.

The cowards at the FBI or Postal Police may intercept our mail to you, but can they screen the mail of you primate torturers forever?

End the experiments on the primate captives or it only gets worse.

Always for the oppressed,