A small protest was held this morning at the London headquarters of Apax Partners, a UK-based private equity giant that holds a majority stake in Israeli agricultural co-op Tnuva, which owns 25 percent of Agrexco Agricultural Export Company, Israel's largest exporter of agricultural produce, which is guilty of trading in fruits, vegetables and flowers grown on illegal Israeli settlements built on stolen Palestinian land in the Occupied Territories (see the Carmel-Agrexco topic page

Earlier in the morning, an anonymous protester had separately D-locked the building's main door, causing some disruption to the baffled employees arriving to work. Armed with a banner and leaflets accusing Apax Partners of profiting from the illegal settlements, they called upon the company to divest from Tnuva or be complicit to crimes under the International Criminal Court Act 2001.

Police arrived about an hour later and imposed Section 14 of the Public Order Act! But protesters didn't leave until they'd run out of leaflets and energy. 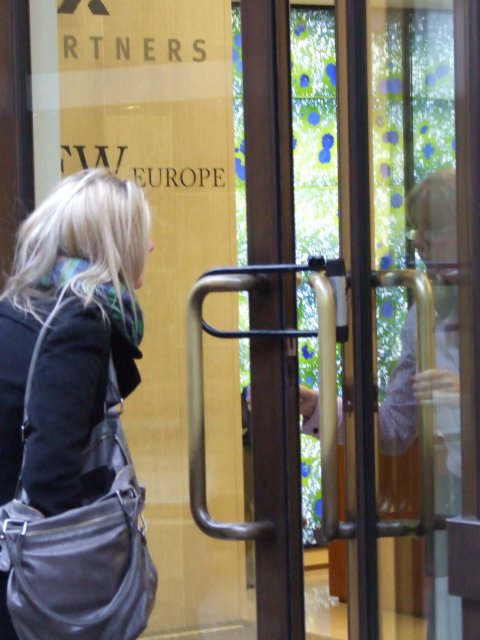 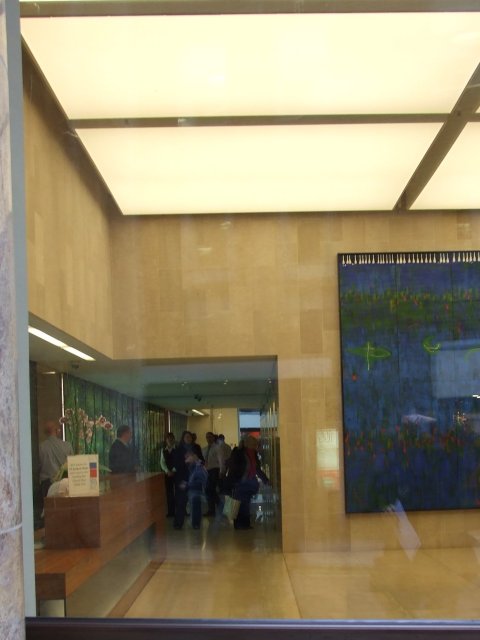 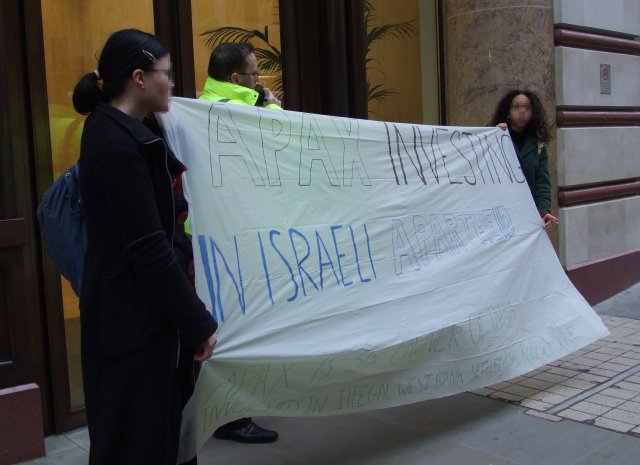 protesters arrive with a banner.. 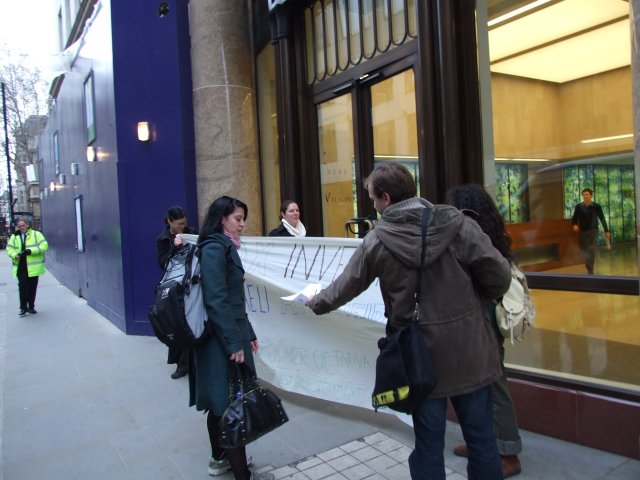 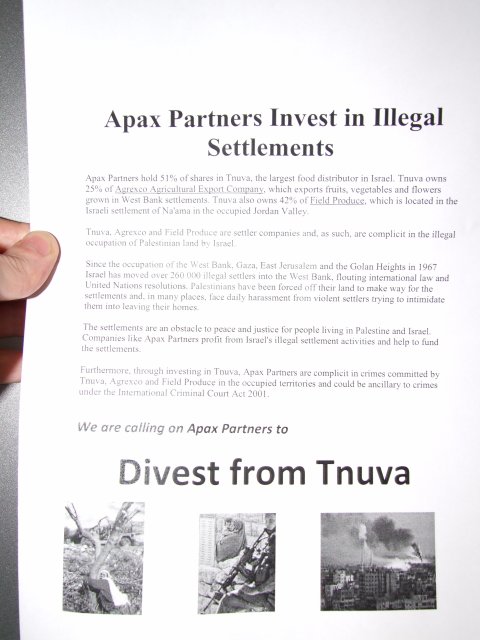 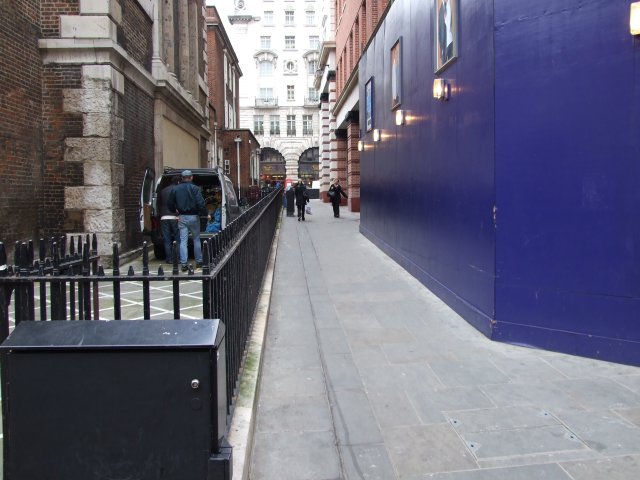 employees are send by security round the back to get in 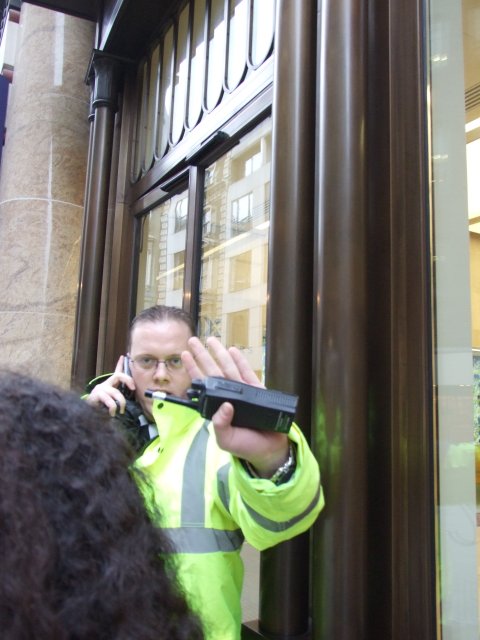 'can you stop taking pictures?' - no, sorry! 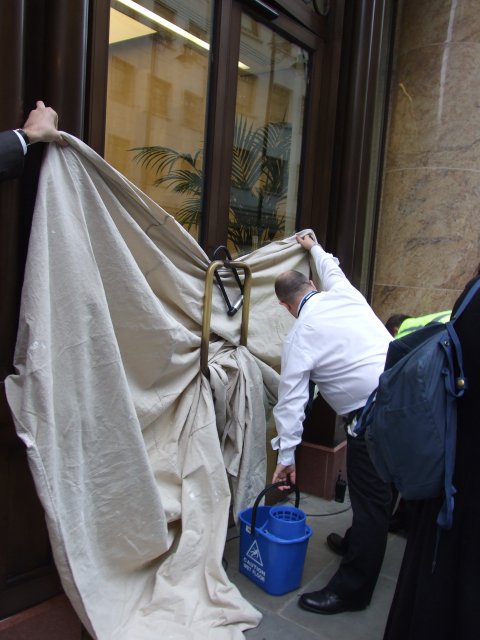 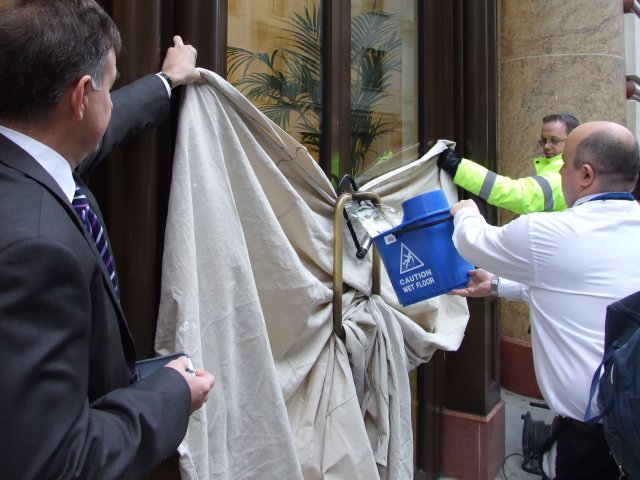 with a cloth and water to protect the glass.. 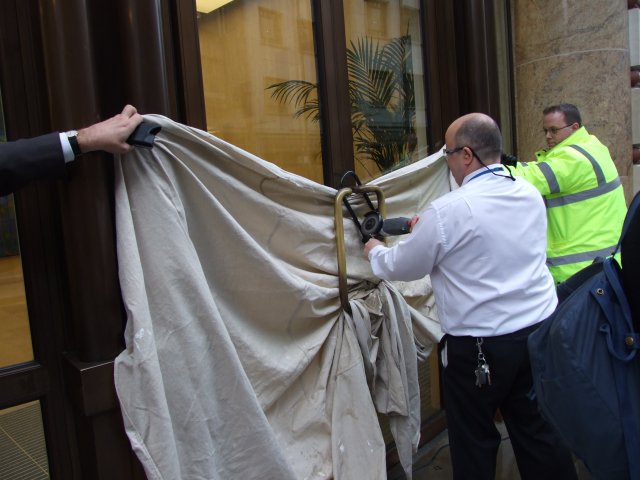 and an angle grinder 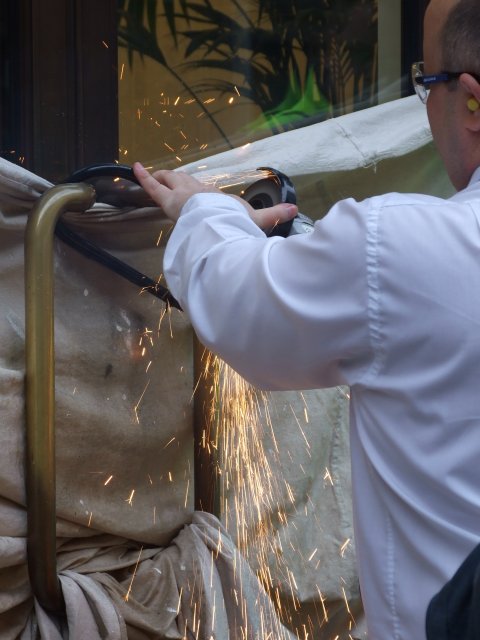 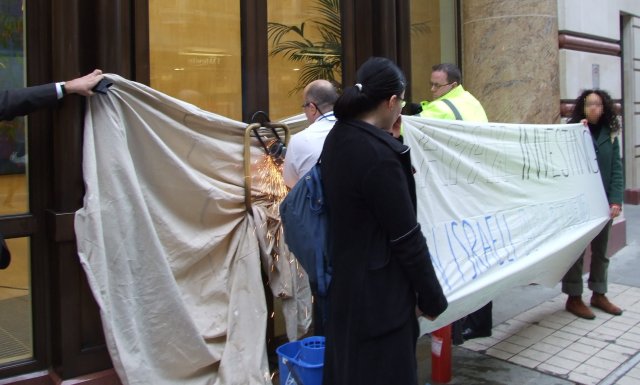 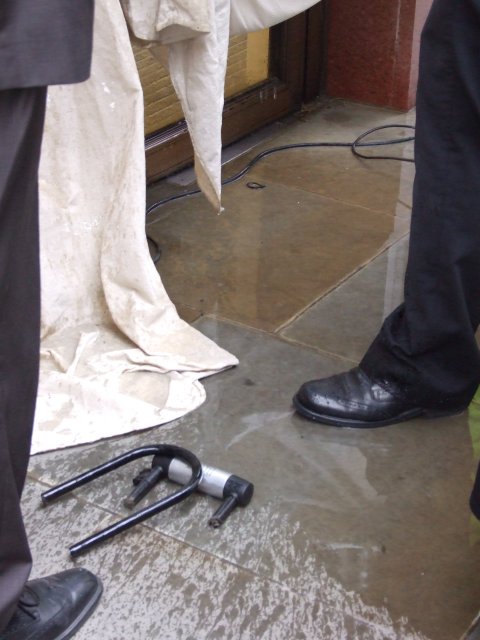 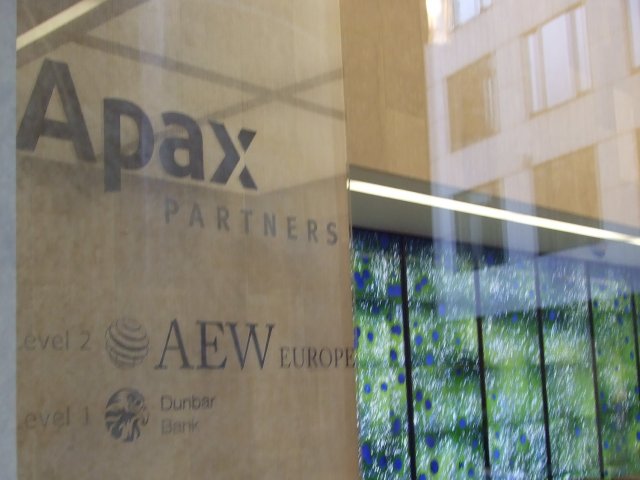