This morning a group of four ex-local residents, not affiliated with any particular group went digger diving at the Shipley Open Cast Coal Mine. 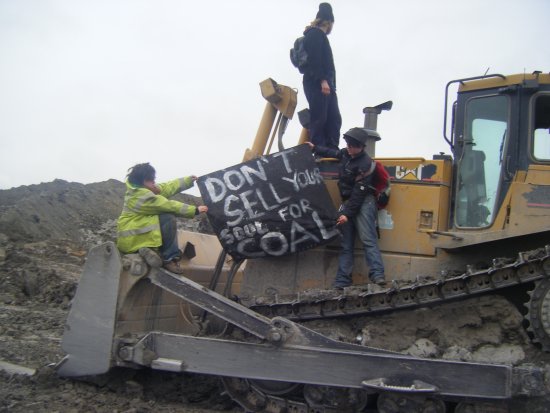 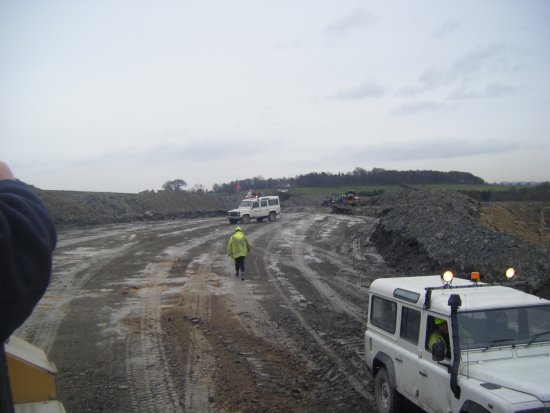 Work was stopped for one hour and a half. The protestors left when the police turned up.

The police entered into discussion with UK Coal about creating a more permenant space for people to protest at, the police suggested some kind of shelter. UK Coal declined, stating that they were worried the protestors would turn the shelter into a "concrete lock-on".

No arrests were made.