Climate Rush hosted cocktail party for the coal industry outside of the Landmark Hotel on Marylebone Road, London. 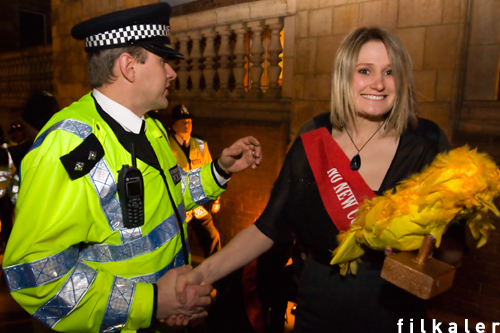 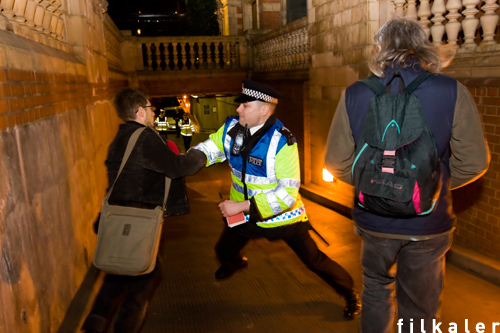 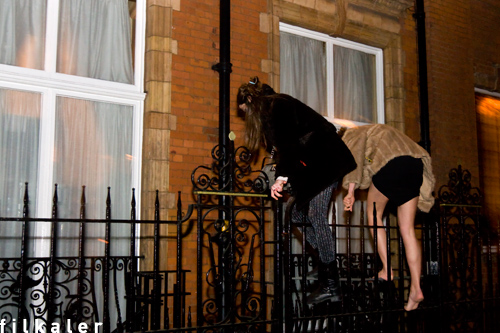 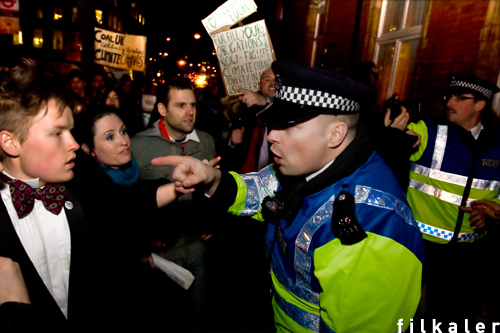 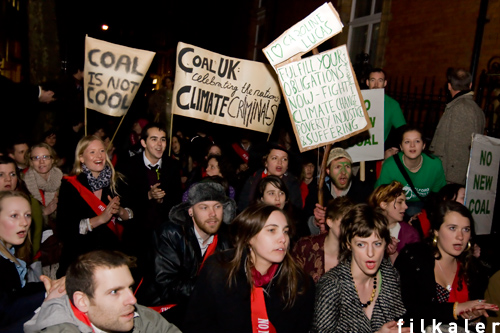 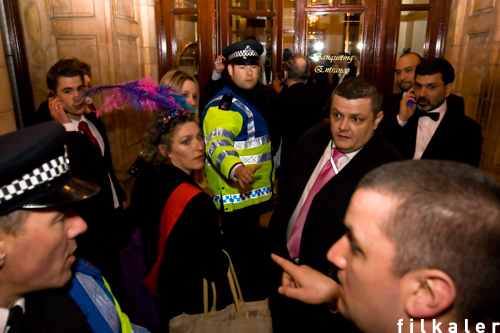 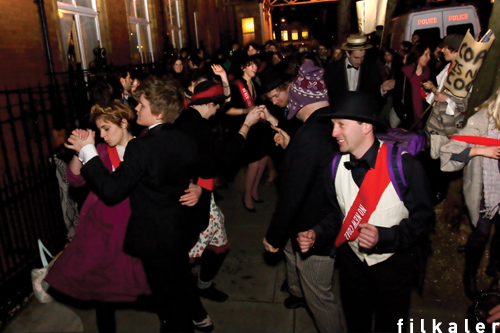 Coal UK planed to presented celebratory awards to the most damaging companies in the coal industry. Climate Rush offed an alternative awards based on the ecological damage that the coal industry is inflicting on the environment.
However after several tries at rushing the hotel people discovered that the award dinner had been canceled.

Brochure for the awards dinner:

Coal is the dirtiest fossil fuel, and by far the dirtiest way to produce electricity. We must leave coal in the ground and not build any new coal fired power stations if we want to avoid runaway climate change. CCS is an unproven technology that may never be a viable option. Climate change is happening now and we must act now to stop it.

2. We can’t have infinite growth on a finite planet

At this outdated and fossilized awards ceremony UK Coal is celebrating the worst excesses of our failing economic system. Just like overpaid bankers these heads of corporations are receiving plaudits for plundering the planet.

3. A transition to a low carbon society with sustainable jobs

We must counteract any jobs losses from the coal industry with a major re-skilling program in sustainable trades. Many more jobs will be created by a huge retrofitting program of old housing stock and in the new renewable energies sector than in new coal. The German clean energy revolution has seen the creation of 250,000 new jobs.