Around 15 climate activists from the North of England visited the headquarters of UK Coal near Doncaster yesterday in a protest against new coal and calling for tougher measures to control CO2 emissions. 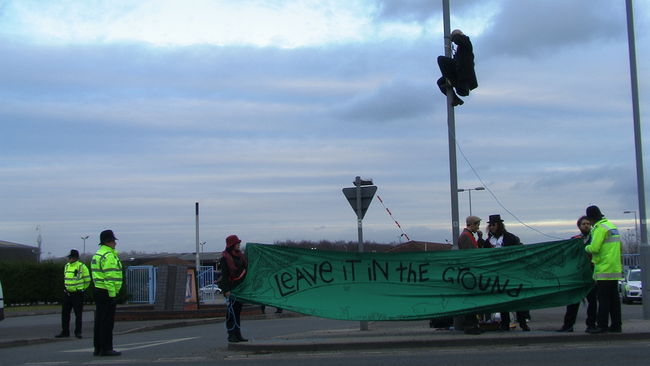 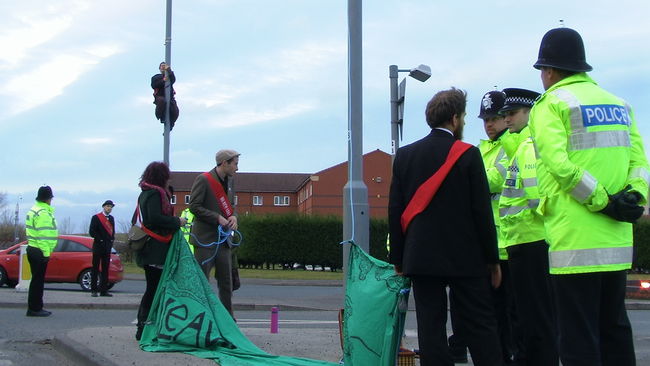 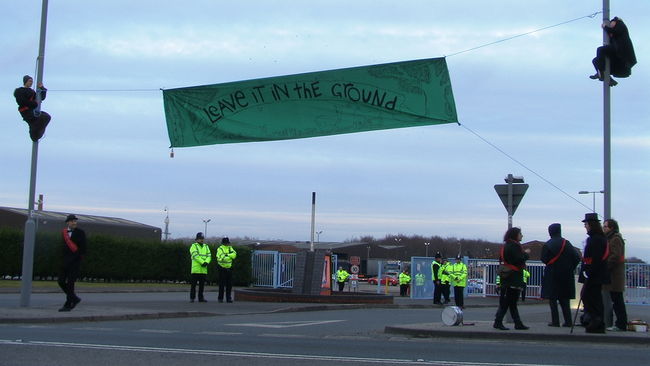 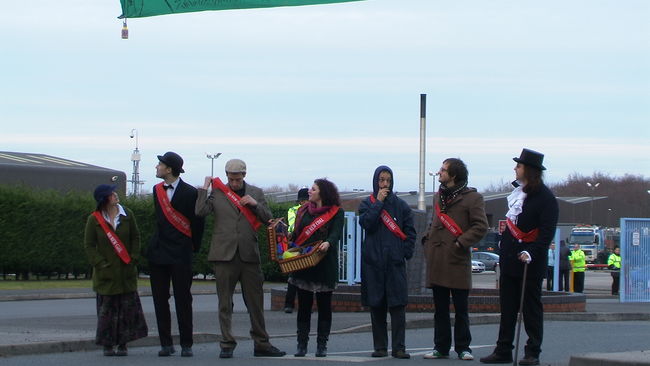 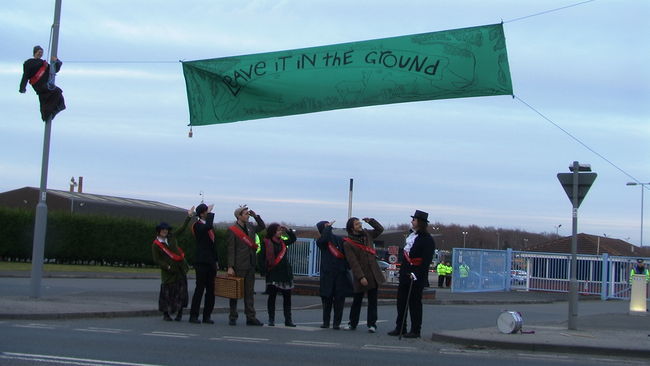 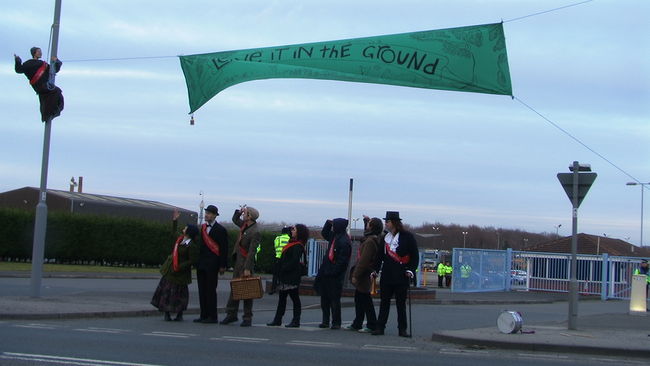 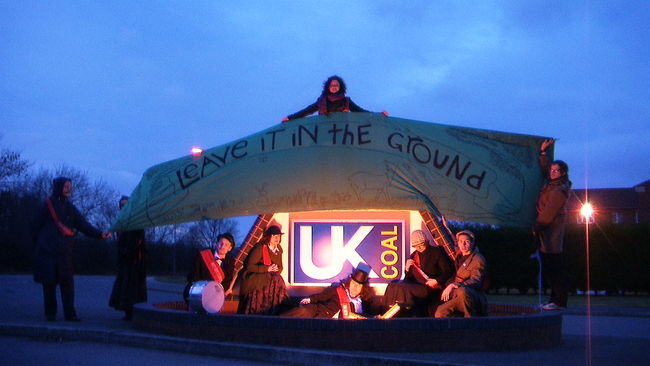 Two people climbed up lamposts to suspend a 6m banner reading 'Leave it in the Ground', while on the ground below the protestors played a bit of samba, danced, and had a picnic. The protestors wore Edwardian themed dress including red sashes with the words 'No New Coal' written across them.

UK Coal is the UK's largest coal company. The Doncaster protest was timed to coincide with the Climate Rush at the UK Coal Awards, hosted by UK coal, in London:

The police reaction was fairly low-key and non-obstructive, although they did take an awful lot of photos (I suppose they had nothing else to do). A van driver was hassled by cops, had his details checked and was told he was not insured to drive the vehicle (which was not the case).