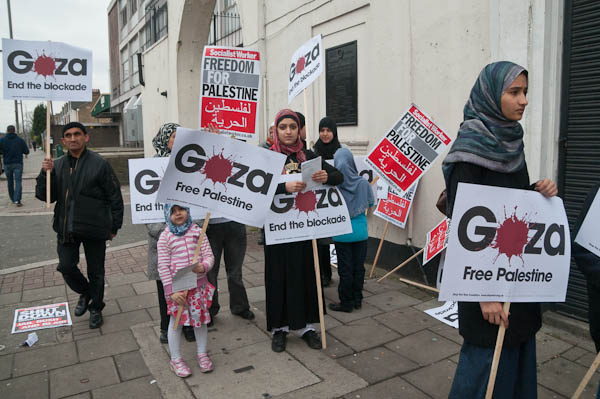 Gathering for the march outside Balham mosque 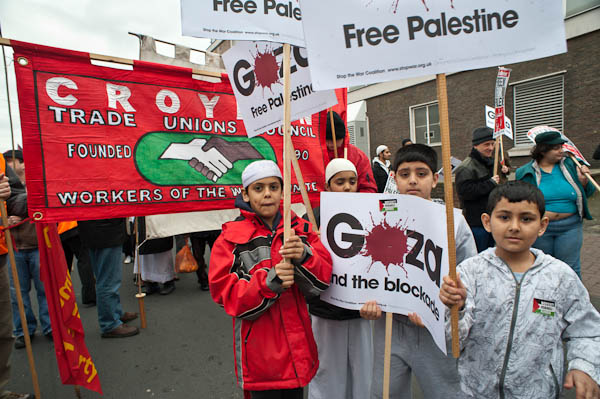 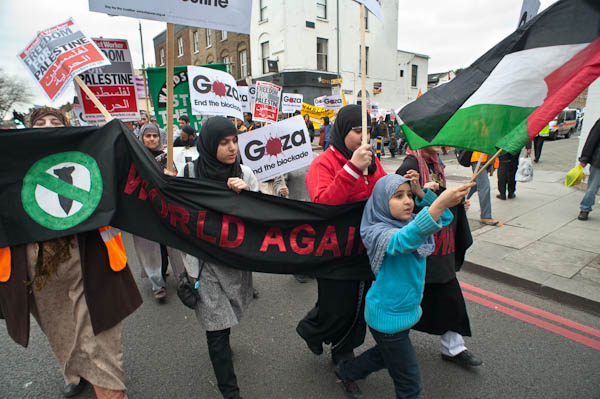 The front of the march in Balham High Road 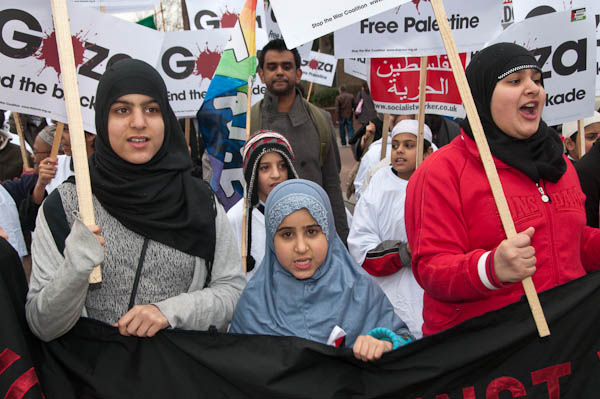 Their banner read ''World Against War' 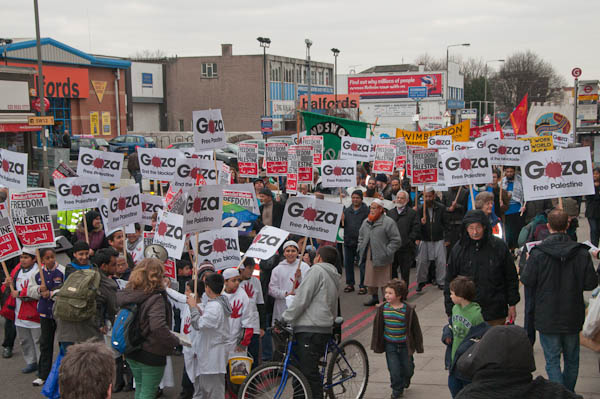 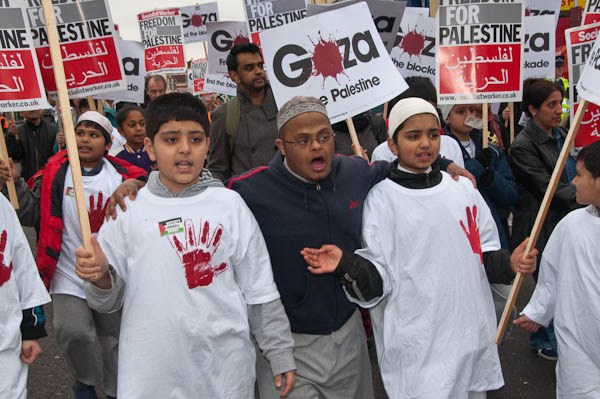 Saturday's South London March for Palestine was the first such major event in south London.
Around three hundred, including many Muslims, gathered outside Balham Mosque and after a short address formed up and walked south along the main road to Tooting, led by a lively group of children in white t-shirts with a 'blood-stained' red handprint and some of the women.

As the march neared Tooting others joined in, swelling the numbers for the rally at Tooting Mosque, where speakers were expected to include local MPs Sadiq Khan and Martin Linton, Lindsey German of Stop the War, Tooting Imam Sulayman Gani, Ismail Adam Patel of the Friends of Al Aqsa, a representative from Jews for Justice for Palestinians and Muslim and Christian leaders. Unfortunately I was unable to stay for this.

More pictures on My London Diary: