Student Activism Not Dead in Plymouth!

Activism grows in Naval town of Plymouth, as students take to the streets. 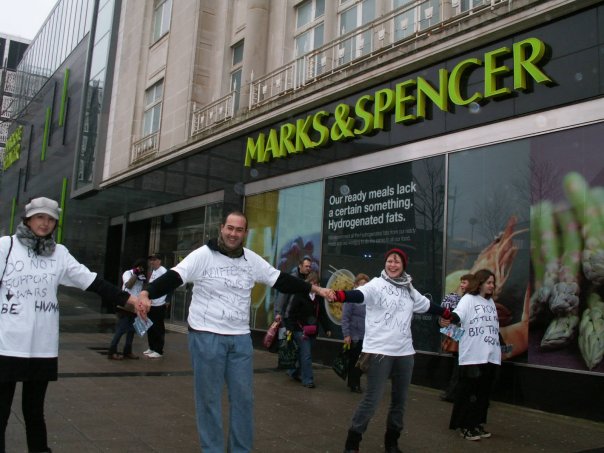 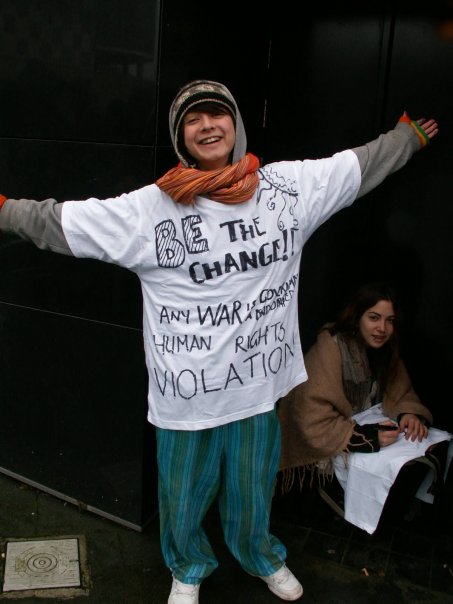 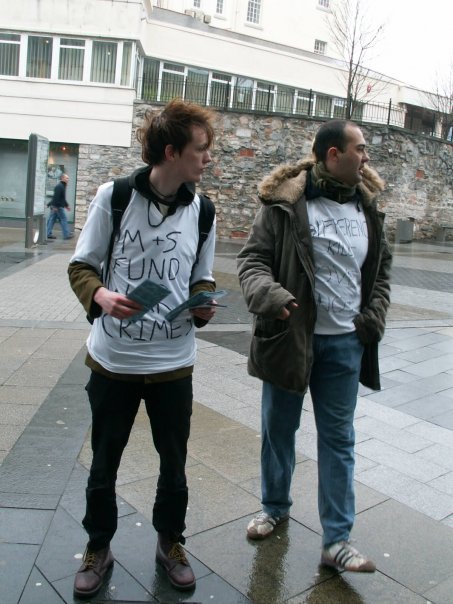 Yesterday afternoon, around 20 students from last week's university occupation in Plymouth protested outside Marks & Spencer in order to expose the company's links with the Israeli state, and to encourage shoppers to boycott the company. The demonstration was part of a national co-ordinated week of action amongst the occupied universities in the UK in solidarity with the 50 students of Jayyous in the West Bank who were arrested on February 18th.

The following is the original message circulating the now close-knit community of previously & currently occupied universities:

On February 18th 2009 in the early hours of the morning, Occupation forces rampaged through the West Bank village of Jayyous conducting violent house to house raids and carrying out mass arrests totalling over 50 students and nearly the entire youth committee of Stop the Wall Campaign.

For months the youth movement in Jayyous had made it one of the most active villages in the West Bank , embodying a strained resistance against occupation and the wall which will carve through village land destroying hundreds of olive trees and cutting the village off from many of its primary water supplies.

The students of Jayyous have called for IMMEDIATE BOYCOTT AND DIVESTMENT action in response to the incursion.

It is crucial that we recognise the severity of this event and draw wider attention to it as an example of the crimes on humanity that Palestinians experience every day."


The Plymouth students formed a chain outside the shop, inconveniencing shoppers. They were watched closely by shop security from the safety of the shop windows, but were never asked to leave.
"We're speaking with our bodies" said one student "and we'll continue to do so until Palestine is free."

Solidarity from the Newcastle picket

Well done to all those involved in this protest. M&S continues to be an important symbol of British corporate support for Israel, and a necessary focus for building the campaign on the streets to boycott Israeli goods. In Newcastle we hold weekly pickets of the local M&S store, and are continuing to receive a positive response from passers-by. Viva Palestine!

Keep it up! Good to see stuff happening in Plym!

Well done on the occupation as well!