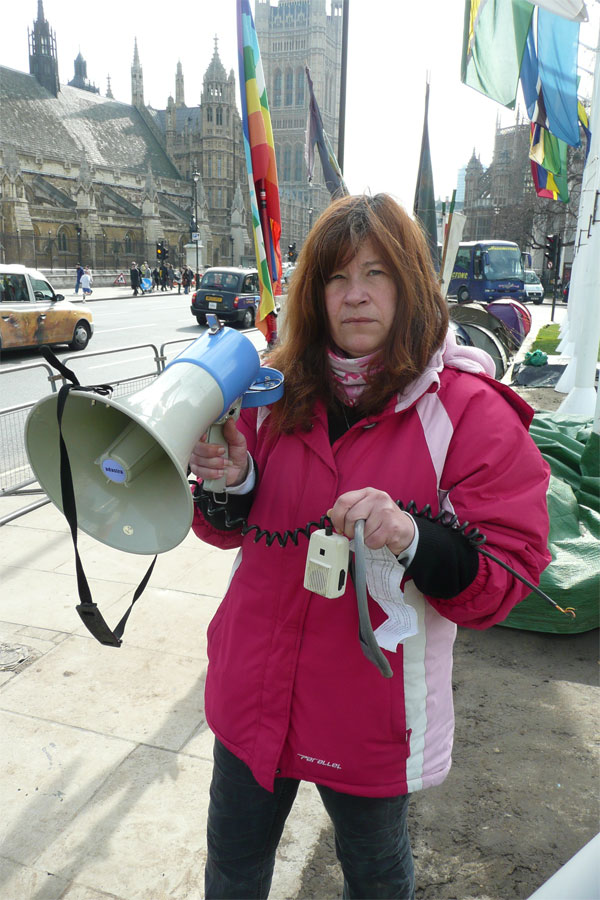 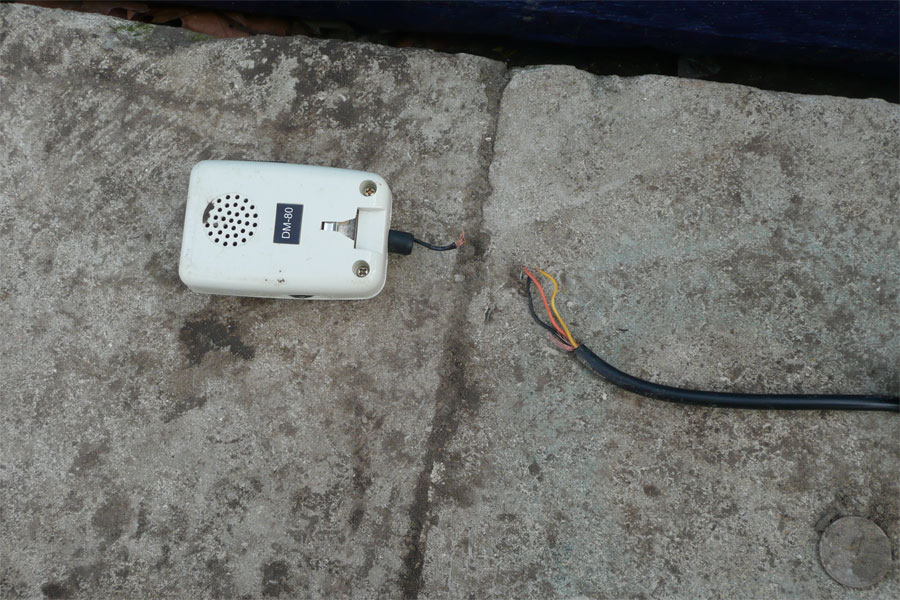 last week, brian haw was assaulted by a council worker who was putting up barriers in parliament square. police then violently arrested brian (whose hand was wounded), and held him for six hours. he was eventually allowed to go to hospital. no statement was taken from him. full story at

this morning, barbara tucker was using her megaphone as ministers and politicians arrived for prime minister's questions. around 20 police patrolled the barriers in front of the peace campaign. several of them surrounded barbara and threatened arrest under socpa.

but then rather than use any lawful means, they simply used brute force, and tore the megaphone from her, causing damage to it, and assaulting her in the process. no arrest was made.

this is called summary justice i believe, and there is no place for it on uk streets.

incidentally, police have stolen one megaphone, and destroyed another before today.

oh, and three cases against brian's use of a megaphone have all previously been dismissed in court.

with no law on their side, the authorities resort to violence and thuggery.

donations for new megaphones can be sent via parliament-square.org.uk site