The Guardian continues it's coverage of the over-policing of the 2008 Kingsnorth Climate Camp with coverage in today's paper of a Lib Dem report on policing at the camp. 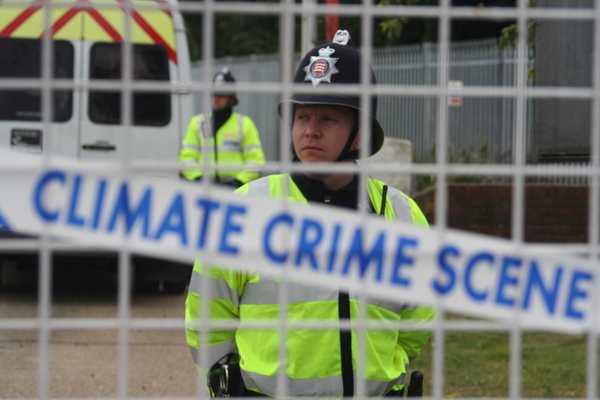 The report appears to confirm claims that the camp was woken in the early hours by police using PA systems to play loud music including Wagner's Ride of the Valkyries and the Clash's 'We fought the war and we won'. According to the report this appeared to be an attempt to "deprive attendees of sleep"

Allyn Thomas, Kent's assistant chief constable is quoted as saying that helicopter warnings directed at the kid's march had been a mistake.

On Tuesday, the Guardian reported that Kent Police accepted that it was wrong to target journalists as part of their surveillance operations. This followed an earlier Guardian report that police are keeping the names of thousands of activists on a database.