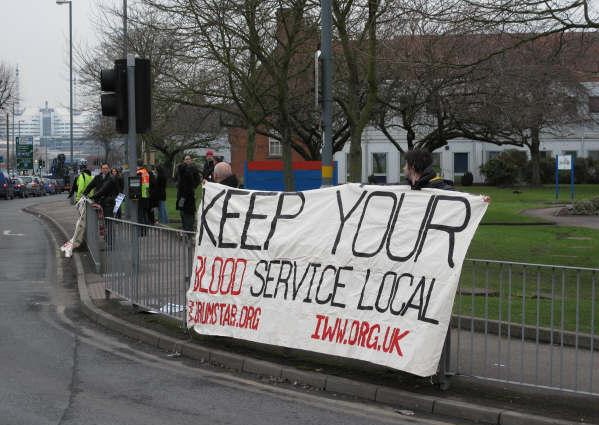 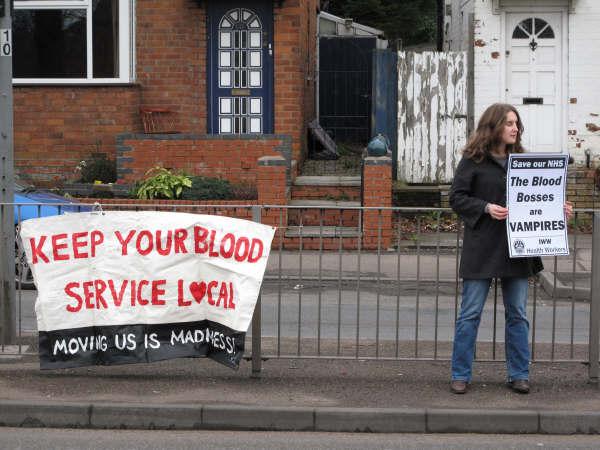 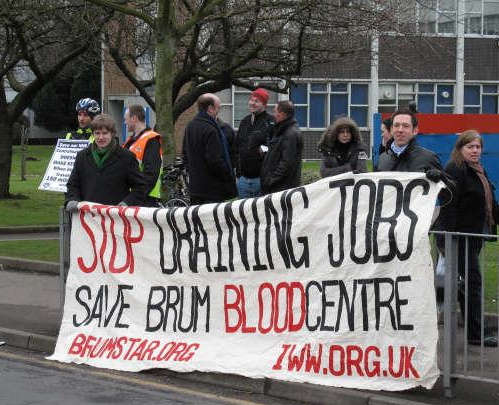 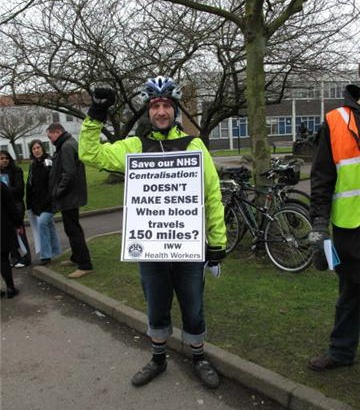 The IWW is a union with members working in the National Blood Service. They will be affected when the local blood processing lab shuts and transfers its work to a new centralised ‘super-centre’ in Bristol. Staff believe this is a risky plan which could delay urgent specialist blood products from reaching patients in West Midlands hospitals. Around 70 jobs will go with the closure.

The mobile demonstration, including a van with banners, cyclists and cars, set off from close by the soon-to-be-slashed blood centre and passed the Queen Elizabeth hospital and medical school, before making stops at Selly Oak, City and the Children’s hospitals. Road users were made aware of the cuts as the cavalcade travelled around Birmingham’s main arteries. Around 30 protestors wound up the day leafleting the public in New Street outside the donor centre. The blood service depends on the generous donations of the public - many more will need to receive a blood transfusion at some point in their life.

The campaign has not managed to save Birmingham’s blood processing lab, but on the positive side, opposition to the plans from workers and their supporters has meant that Birmingham will keep its vital red cell crossmatching lab, and in the North and South-East, blood processing centralisation plans were halted completely.