No one should be imprisoned for trying to seek a better life for themselves and their families. As if that wasn’t bad enough, the circumstances under which people are held are scandalously poor, and private companies like G4S profit from human suffering. 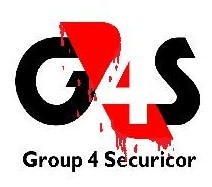 Abolish Immigration Prisons
Freedom of Movement for All!

Thousands of asylum-seekers are currently being kept in immigration prisons throughout the UK. They haven’t committed a crime, but they can be imprisoned indefinitely. Many of the people detained have experienced torture, and their trauma is exacerbated by being detained. These detention centres are operated for profit by companies like G4S.

This picket will coincide with protests at Penine House in Manchester, and Yarls Wood immigration prison in Bedfordshire, called by Manchester No Borders, London No Borders, and other groups.

Why G4S?
• G4S make massive profits from their involvement in the prison industrial complex and the repressive border regime, of which immigration prisons are a part.

• G4S run “Scotland’s shame” Dungavel immigration prison, where people who have committed no crime, including children, are locked up indefinitely.

• G4S run 25 short-term immigration holding prisons in the UK, including the new Pennine House at Manchester Airport. A report by HM Chief Inspector of Prisons in September last year found that people were detained at Manchester airport for up to a few days in a "poor" environment, with no access to fresh air and daylight. Numerous other ‘inadequacies’ were reported.

• Under contract from the UK government, G4S run short-term immigration holding prisons in Coquelles and Calais, France, where the Inspector of Prisons found the conditions of cells used to hold people were so basic that staff nicknamed them ‘the dog kennels’.

• G4S hold the contract for transport of migrants who are being forcibly removed. This is a key link in the deportation industry. “Outsourcing Abuse”, an investigative report by Birnberg Peirce & Partners, Medical Justice and the National Coalition of Anti-Deportation Campaigns found an alarming number of injuries sustained by asylum deportees at the hand of private “escorts” contracted by the Home Office over the last 4 years.

No one should be imprisoned for trying to seek a better life for themselves and their families. As if that wasn’t bad enough, it is shocking that the circumstances under which people are held are scandalously poor, and that private companies like G4S profit from human suffering.

The notorious G4S has also been criticised by human rights movements in South Africa for using violence and force to cut off the electricity supplies of people living in poverty in shanty towns, and by unions across the world for the poor working conditions and racism experienced by its staff.