CSIS report: Turkey would be the optimum route for a possible Israeli attack on Iran

The excerpts below clearly set out the Anglo-American and Israeli strategy to attack Iran in the near future.

Promoting this agenda will probably be the main purpose behind the US President Barack Obama's visit to Turkey in about two weeks time. 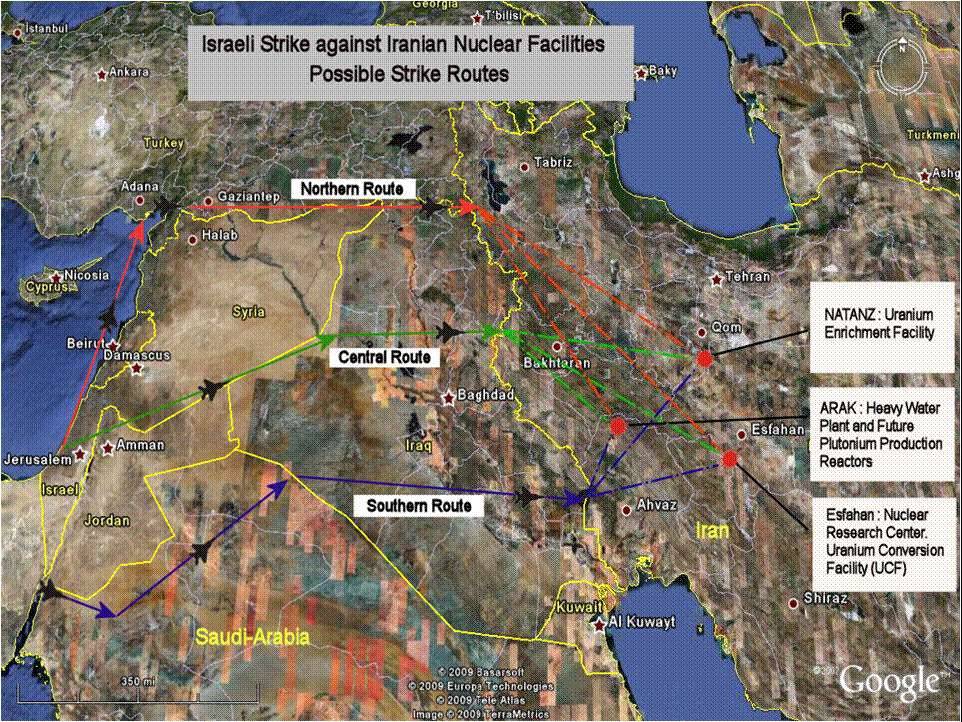 3) Meeting the challenge: US policy toward Iranian nuclear development (September 2008)


A military strike by Israel against Iranian Nuclear Facilities is possible and the optimum route would be along the Syrian-Turkish border then over a small portion of Iraq then into Iran, and back the same route. […]

If the Israeli aircraft do actually fly over Turkey that would constitute a clear Turkish – Israel and even U.S. conspiracy to attack Iran, so the Political risks could be high with Turkey.

Operationally, the risk from Syria would be low, whereas the risk from Turkey could be of medium level if Turkey deems it necessary to react militarily. […]

Israel and Iran’s neighbors do not have the capability to launch more than limited strikes. It might be militarily possible for the United States to carry out effective initial strikes, follow them up with [extended restrikes over time]. […]

This kind of US posture, however, would pose major political challenges in terms of both the willingness of friendly powers like the Gulf States and Turkey to support any phase of such operations, and it is clear that the United States would have major problems in obtaining broad international support. […]

Iran would almost certainly see Jordanian, Turkish, and/or Saudi tolerance of such an IAF strike as a hostile act. […] The countries overflown would be confronted with the need to either react or have limited credibility in claiming surprise. […]

Turkey and Pakistan are strongly enough to deter Iranian conventional and asymmetric attacks, but Iraq, Afghanistan, and the southern Gulf States are not. […]

Meeting the challenge: US policy toward Iranian nuclear development


The objective would be to enable U.S. military as broad access as possible to Iran from all directions. […]

It is possible that Turkey would allow Israeli fighters to traverse its airspace, but because all of the fighters would need to enter Iran from the same direction, the pilots would be exposed.