A picture of a protest by the Tamil Diaspora people 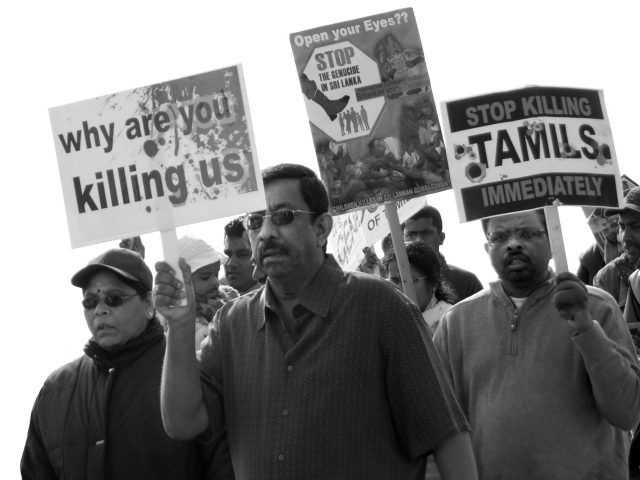 This picture was taken during the afternoon of Saturday 23rd March on Hastings seafront promenade, uk.

I was given a flyer by one of the participants that explained the march was protesting against the persecution of the Tamil Diaspora people of Sri Lanka by the ruling Sinhalese dominated Sri Lankan state.
The march started at the far west of the town, in west St.Leonards, and continued along the seafront, how far I don't know. I took this picture just west of Hastings pier.
There was a small police escort and the protest consisted of approximately 100 people, men women and children. A man was shouting down a megaphone. I didn't see any trouble. I do have some low quality video footage too.
I sent this and some others of the protest to the Hastings Observer but received no acknowledgement.
I don't know if this was part of a nationwide campaign, or just confined to Hastings.
The contact details on their flyer is www.tamilsforum.com. tel 020 8808 0674.