tens of thousands took to the streets in london this afternoon in the run-up to next week's G20 talks. they held placards protesting about a variety of connected issues including the banking crisis, climate change, worker's rights, and anti-war. 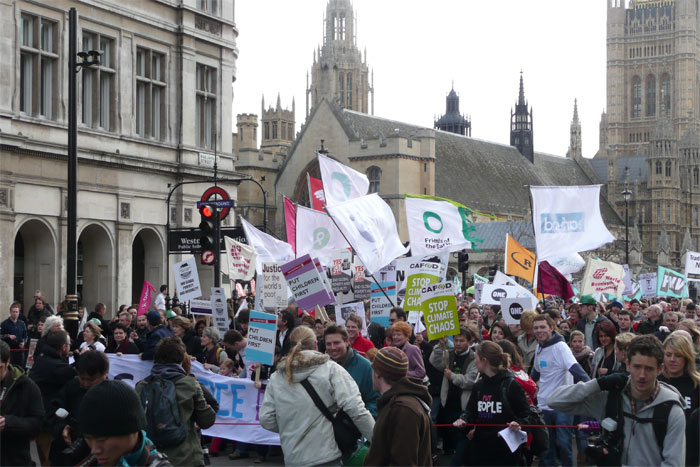 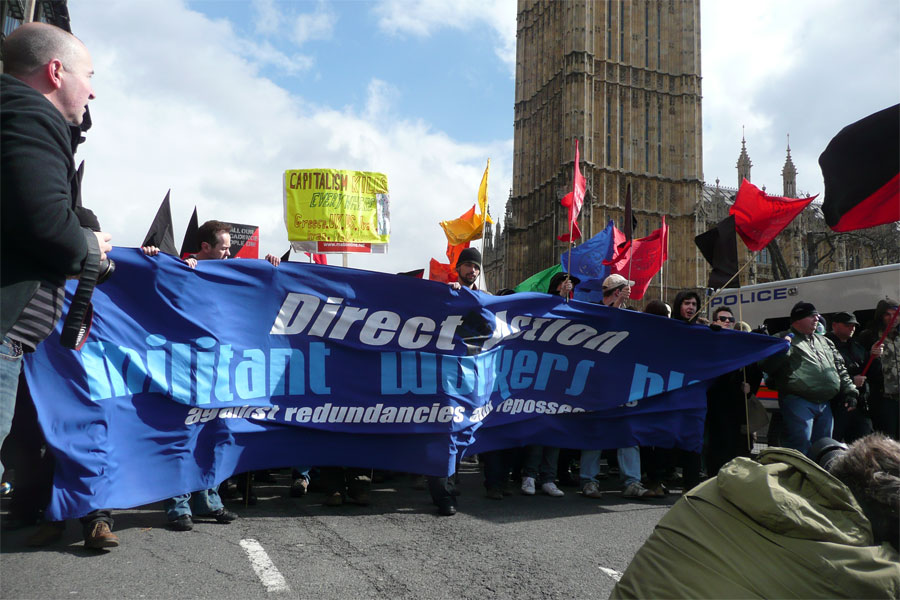 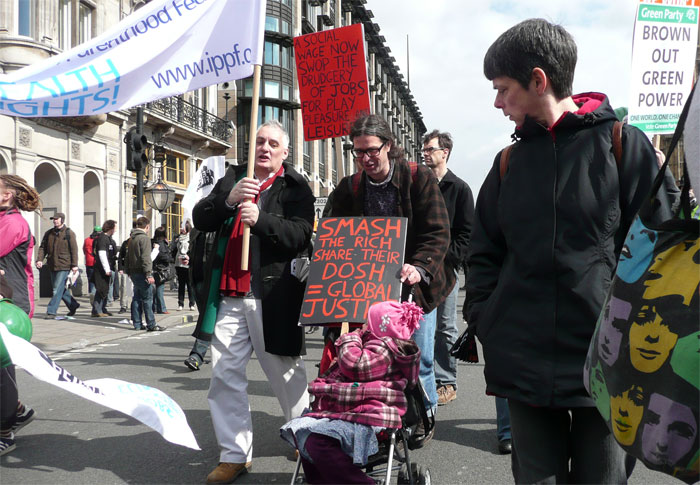 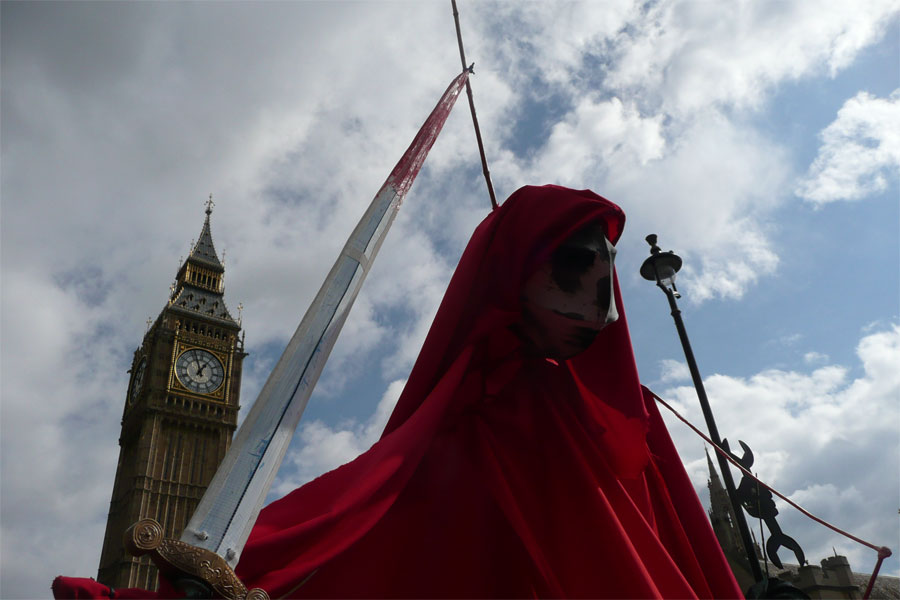 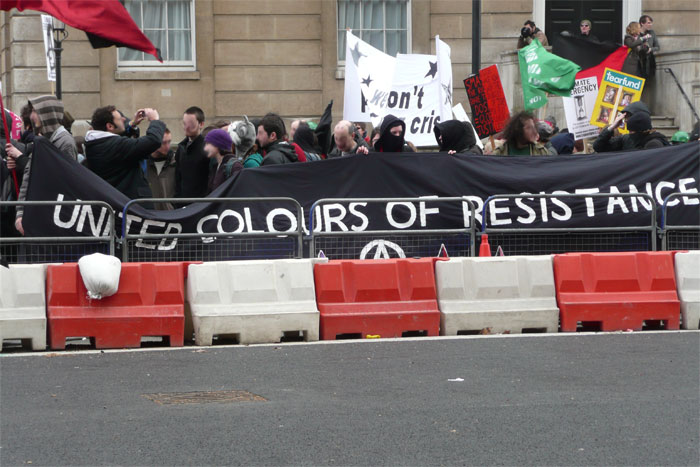 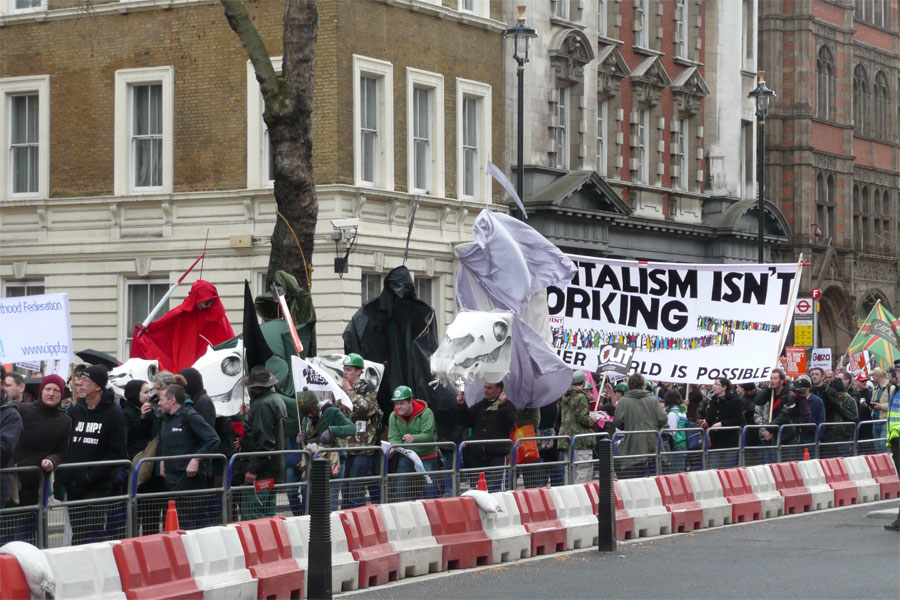 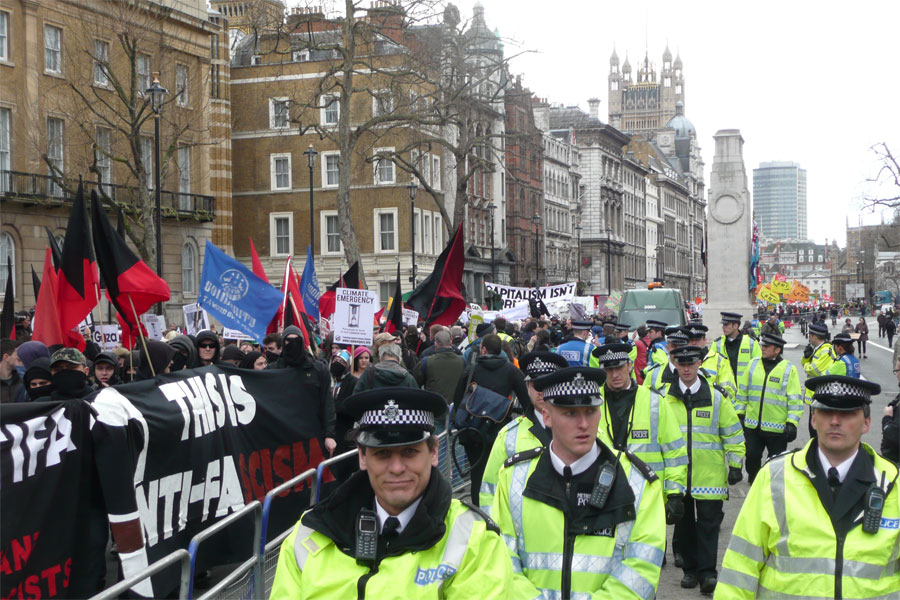 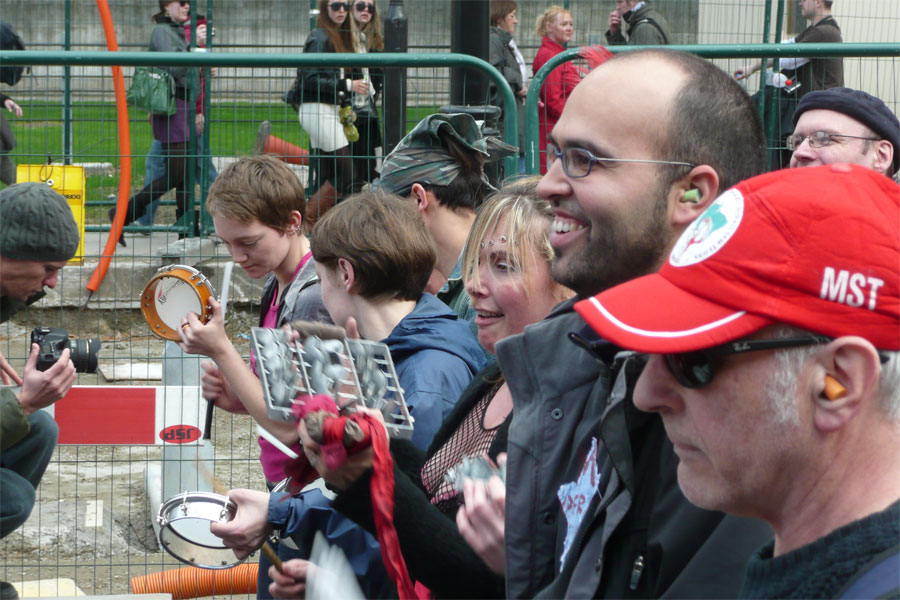 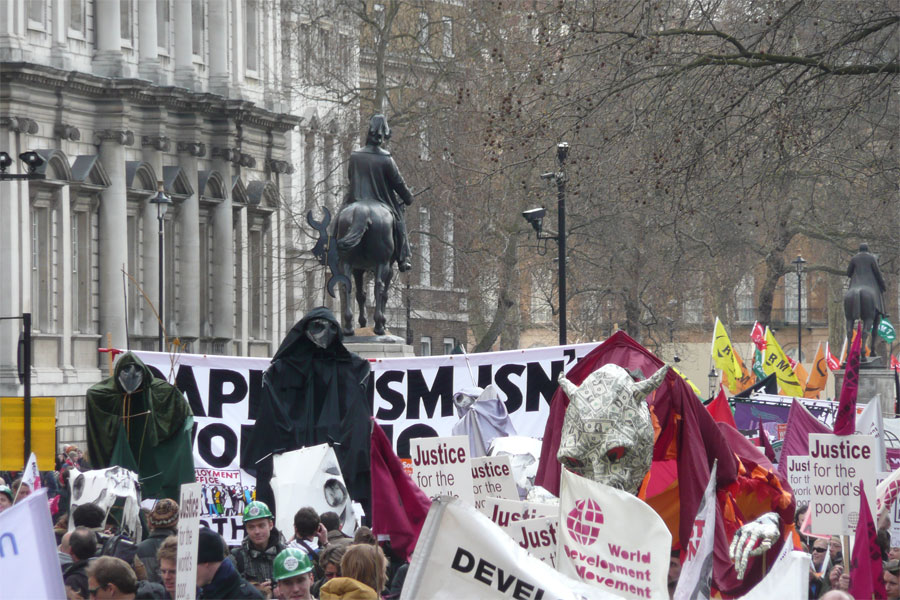 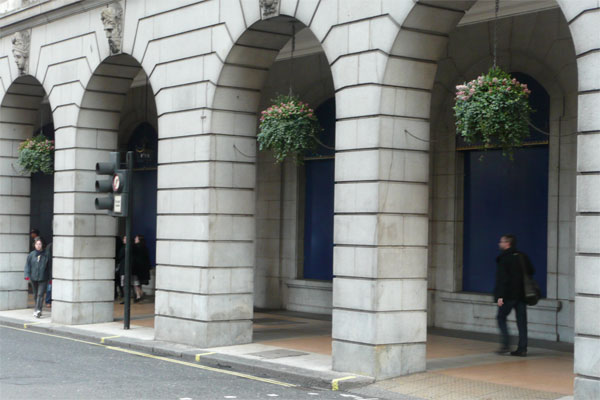 the ritz hotel boarded up just in case! 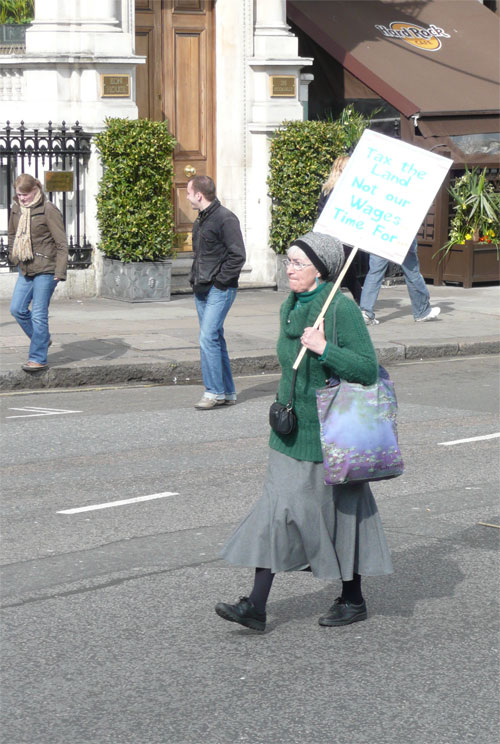 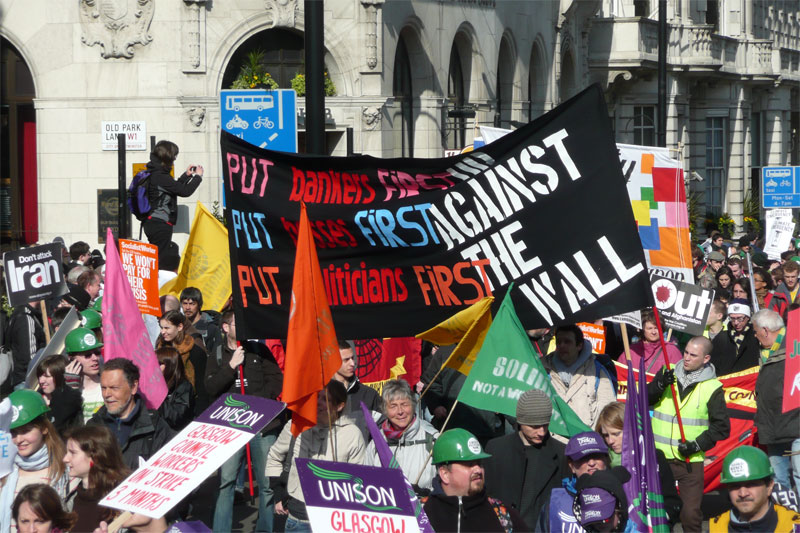 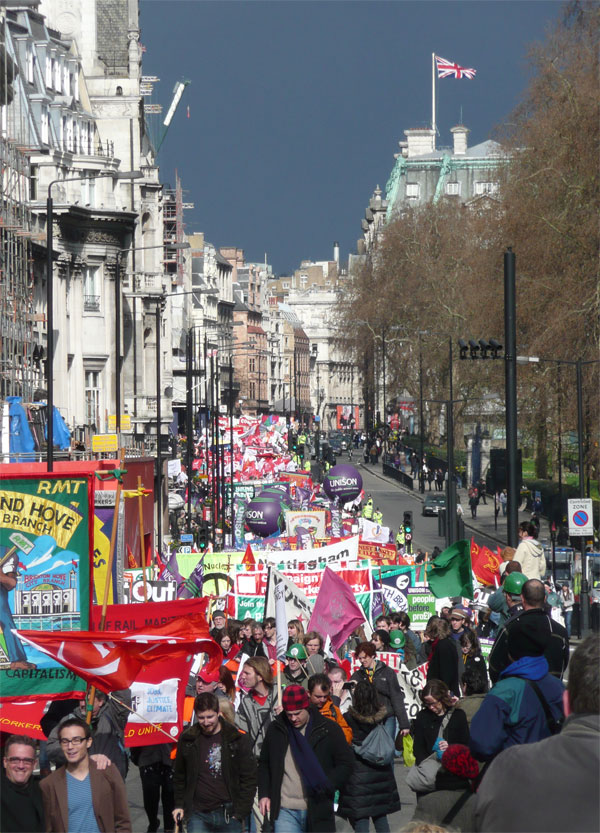 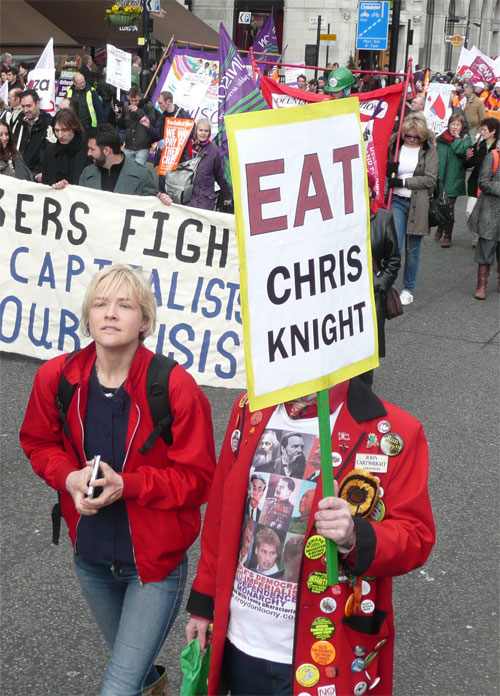 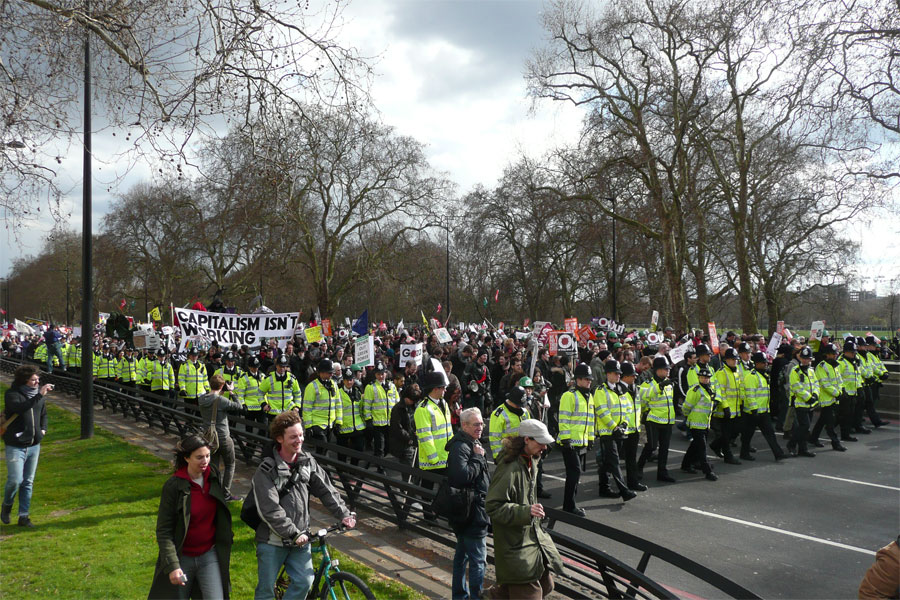 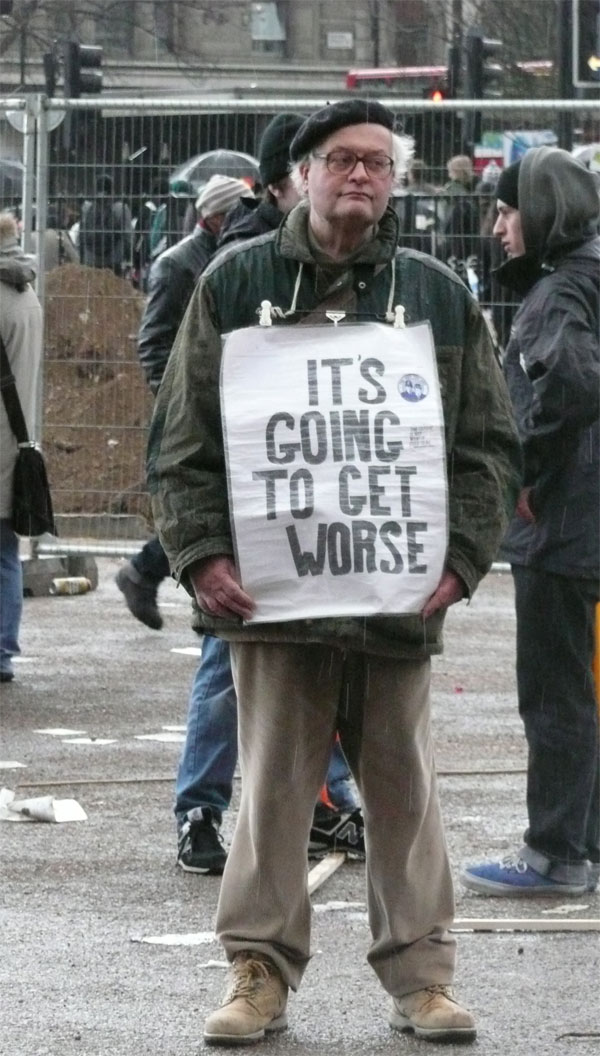 things will get worse 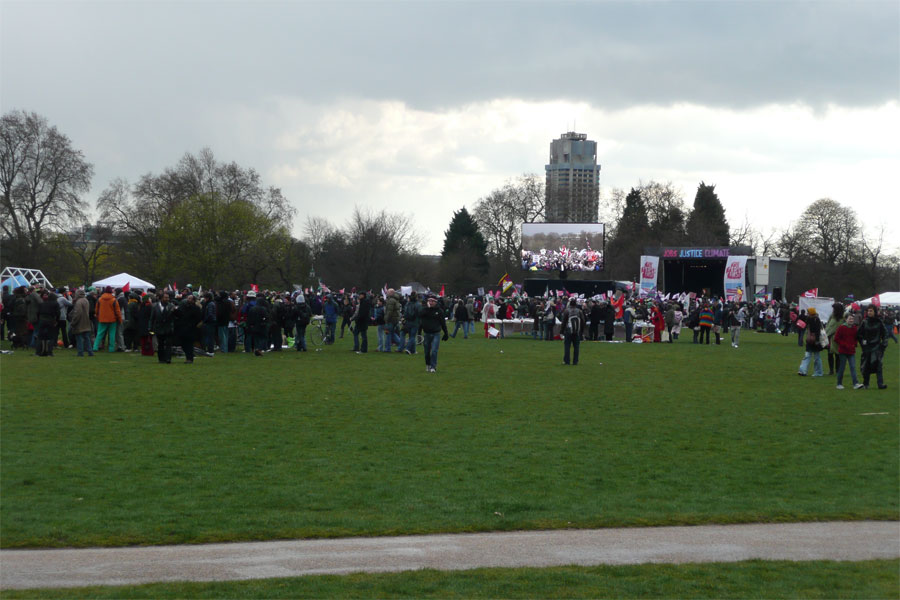 hyde park thinning out after rain 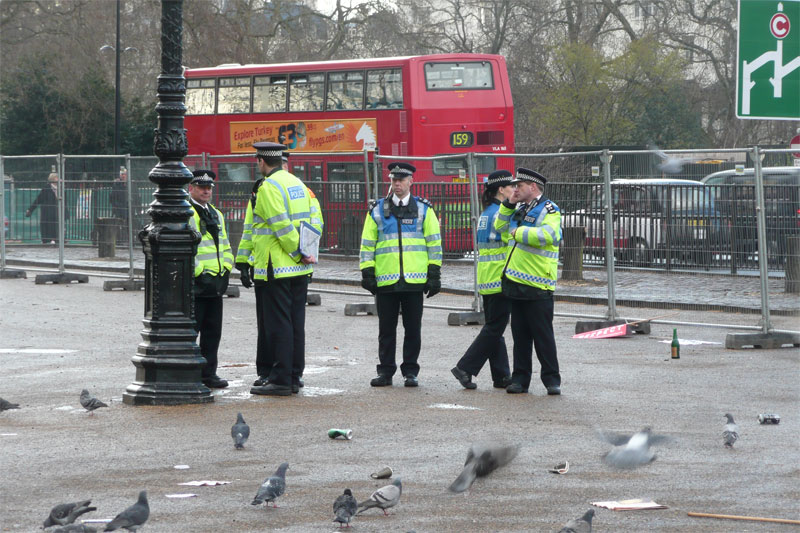 estimates range from 30 to 150 thousand on the march - always depends who you ask.
at hyde park, the weather turned nastier and many left without listening to the speeches.

here are a few pics of the event

And thank you for blurring the faces of (most of) our autonomous friends.

good photos from the demo there, echoing the above.. nice one on blurring faces. i hope more indymedia reporters follow suit as/when required.

I missed that one ... and that too

I missed the blurred faces. Where were they again?


So, let's reflect on this "action" boys and girls. What was accomplished? The blocs allaccomplished what exactly? Marched from A to B and I bet that that has the filth and the G20 quaking in their finest leather boots.

"Ooooh - they are protesting"

"Thank god that they didn't actually do anything"

No doubt, this will be a mere variant on the dominant theme - so what really was accomplished here? A piss poor turn out, a great deal of frantic hype, but nothing on the ground? So much for the hyped summer of rage ... just an orderly march within the boundaries so carefully negotiated with the cops.

Did that make anyone have an epiphany? Has anyone seen the light, the error of the old ways and the necessity for change?

Has this helped herald in a new era of Aquarius, an era of fairness, equity, peace, tolerance? No - not the fuck it has. Instead, all the participants can wank themselves off thinking that they made a difference.

I've maintained on these fora before, countless times, such that I am already boring myself, that we should actually do something ... and a little march with our respective blocs is definitely not that thing.

V for Vendetta, Guy Fawkes ... now there's some English spirit for the masses. Burn the fuckers in their cozy HP, their rich enclaves, their police state enclosures.

There's some sport after all, matey. Now where is my blasted shotgun - I remain hopeful for a turkey shoot.

'Put People First'. Isn't that a bit like 'Down With That Sort of Thing'? It's so vague. I saw media coverage of the demo and it was baffling to know what the demo was about. There seems to be a recent trend of demos with a sub heading of several issues such as Stop The War; Free Palestine. I think demos should stick to one point otherwise the exposure they get is watered down to make it near pointless.

Go away Gladys. I think it is great that the protest was peaceful and restrained.

Was this lady fined? 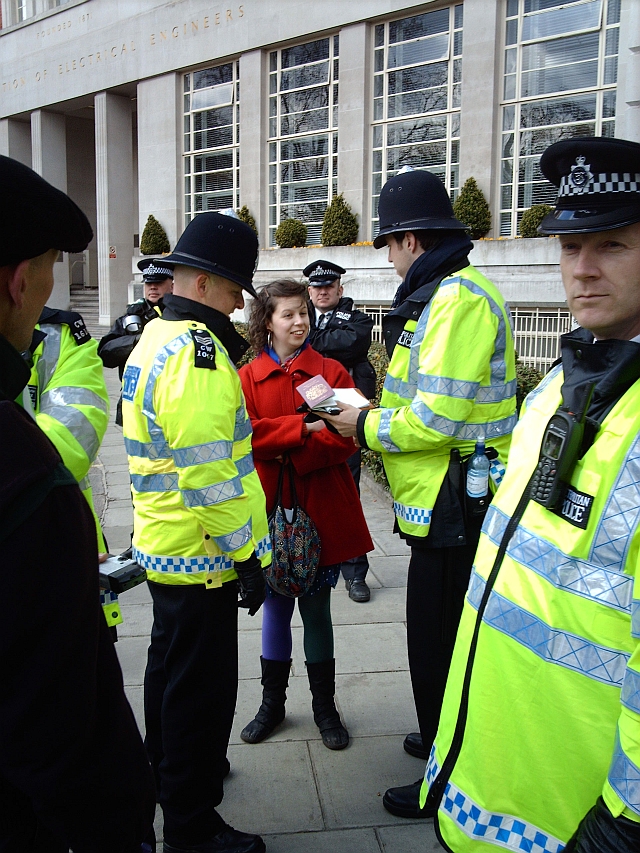 Anyone know the outcome of this incident?

This was outside the Institute of Electrical Engineers. The Filth had just confiscated her banner on the grounds that it was "offensive", and are obviously using her passport as proof of identity. Was she being given a spot fine?

Presumably the slogans "Fuck the System" and "Bankers are Wankers" was more than the Old Bill could tolerate.

Pictures and Videos from the demonstration in Frankfurt (near the EZB):

Pictures from the demonstration in Berlin: