Attendance was disappointing, with the mass mobilisation of Trade Unions only pulling about 35,ooo people, although the Union Marching Bands and singing Italians were good value. 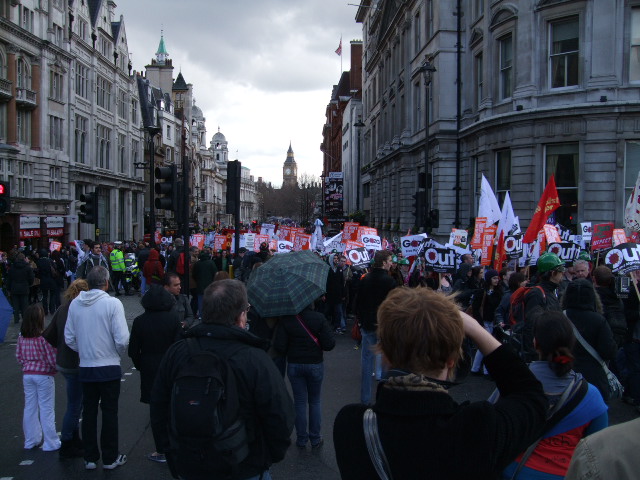 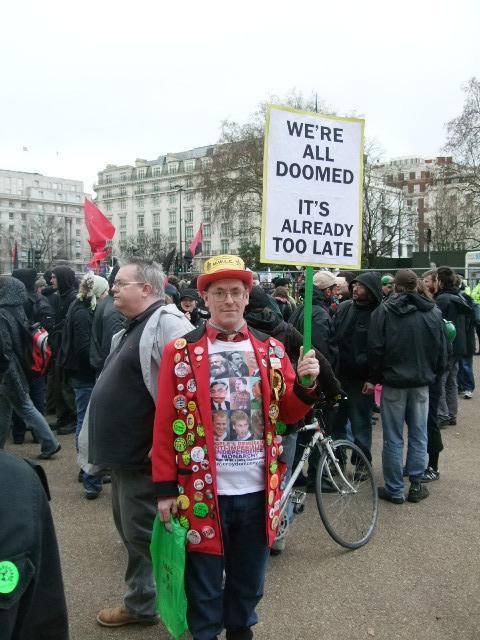 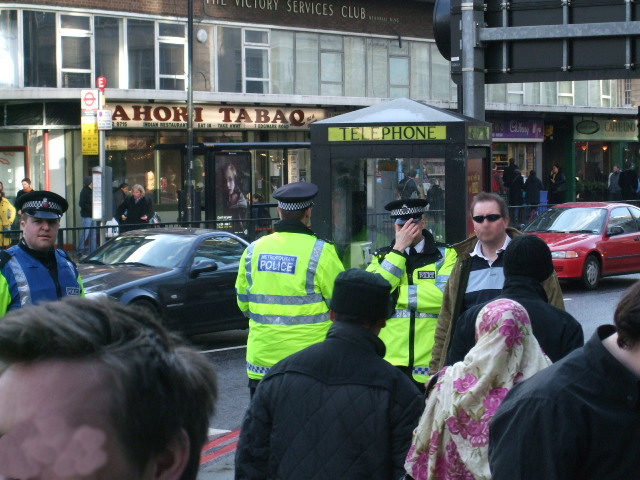 Arriving fashionably late we missed the Militant Workers Bloc, although all reports indicate a lively and strong presence with around 400 people marching with the Samba Band and holding red and black flags aloft.

At some point the march was split in two, leading to much confusion amongst the stragglers like ourselves who headed straight for Hyde Park where we waited in the rain, swigging lager and feeling slightly bemused.

I’d picked the march up initially on Whitehall, which was so free of porcine presence that a Jewish butcher would have felt at home. With a building site occupying much of the street complete with paving slabs and large quantities of rubble it’s a shame really that the old bill bottled it after all their chat. All mouth and trousers them coppers.

The police presence was much higher at the Anarchist Rally, where the speeches were inspiring for those that could hear ‘em and hopefully represent the start of a new militancy in London, Wednesday should be very revealing about the true state of the movement.

Journos, including bizarrely Rogue Traders presenter Matt Allwright, gathered in the hope of sensationalist headlines, but the rain proved too much for many who sloped off down the boozer where they were watched over by the ever present FIT Team.

Later the cops made a lame and shameful attempt at a stitch up as Ian Bone reveals.