Massing of people at Bank this morning

A reasonable sized group of protesters from many diverse organisations gathered this morning to protest outside the Bank of England. 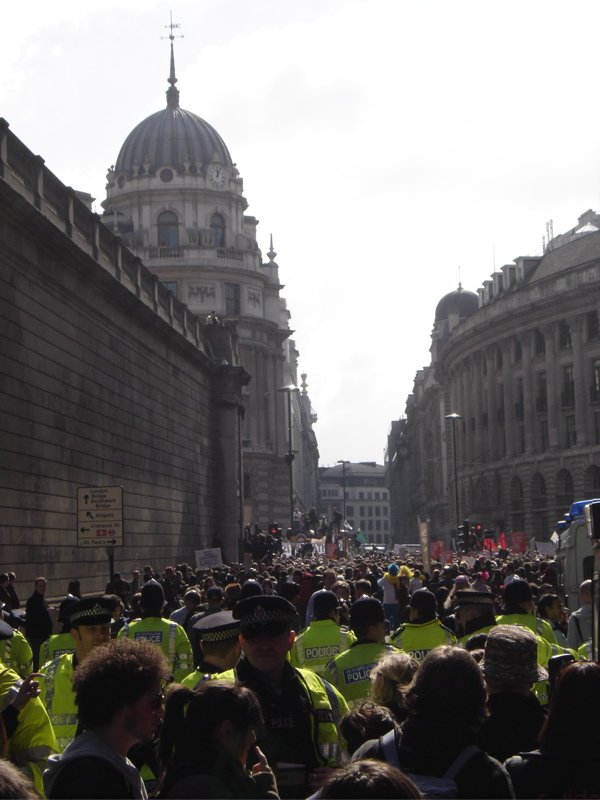 View towards Bank from Prince's Street

A reasonable sized group of protesters from many diverse organisations gathered this morning to protest outside the Bank of England. There was a heavy police presence with the police cordoning off the streets once a majority of protesters, press and other passers-by were deemed to be inside. Cordons were set up across Cornhill, Threadneedle Steet, Lombard Street and Princes Street with police not letting people inside the area after about 11.45. They were also refusing to let people they believed to be a protester to leave the cordon despite it rapidly filling up with protesters.