A small solidarity demonstration was held in Auckland New Zealand in solidarity with those facing police repression and violence whilst protesting against the G20. 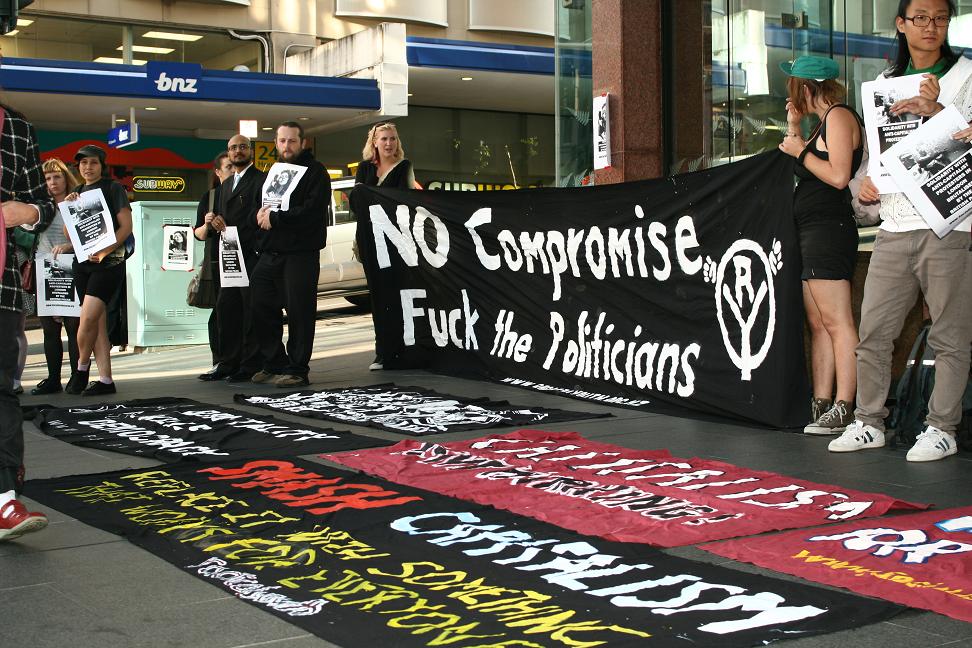 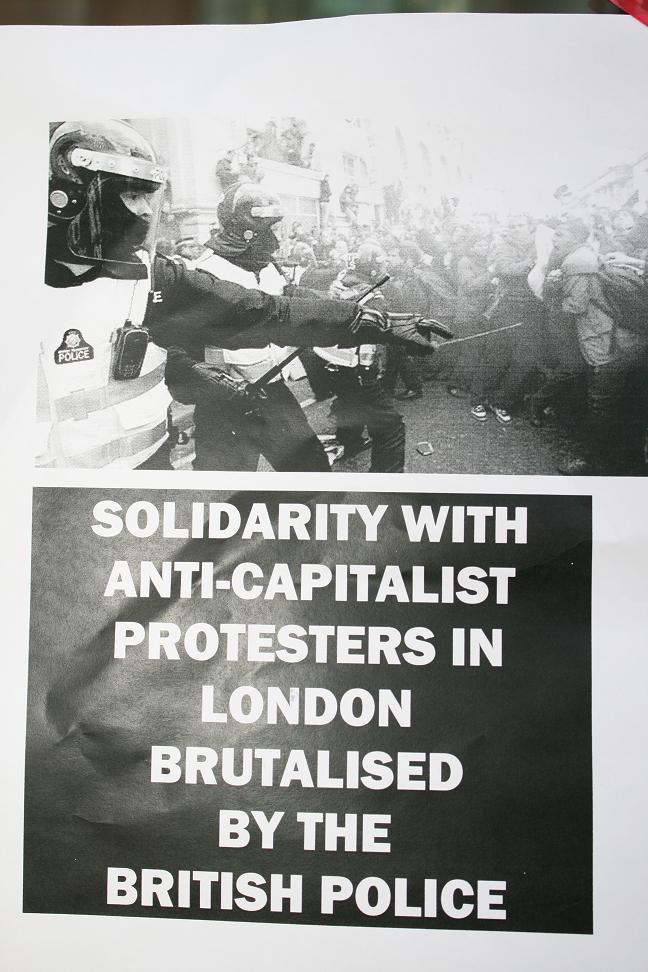 Today 15 to 20 people held a protest outside the British consulate on Queen st in Auckland New Zealand against the police brutality faced by british protesters yesterday. The massive outpouring of people onto the streets of London has been met with a violent police response. In one of the more surreal scenes so far one thousand people having a climate camp with tents music and food were surrounded by riot police and prevented from leaving for up to 9 hours.

The response from passers by heading home was positive with many stopping to find out more about what was going on. It is clear that the police and media are trying to create conflict and to brand us all as violent extremists. This is a deliberate strategy to draw attention away from the violence in the capitalist system which is becoming clearer to all. Those in power know that with the current crisis facing capitalism we have a real chance to build an alternative movement and they are doing everything in their power to stop us.

If today’s protests are meet with a similarly brutal response we will be having another demonstration at 4pm tomorrow outside the British consulate.