Literally, the title says it all. 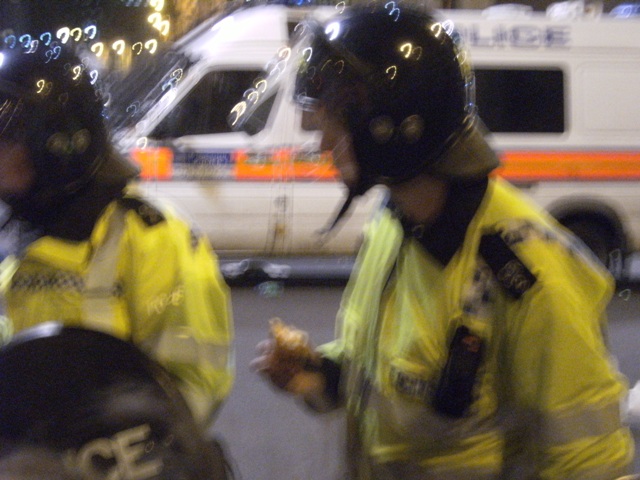 Having a chat while coercively detaining peaceful protestors. 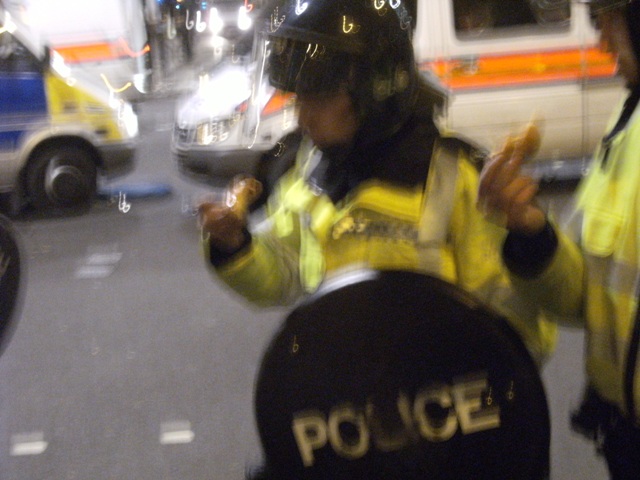 Kr*spy Kr*m*, from the looks of the box they came out of.

After the death of one protestor in contested circumstances (i.e. the police claim it was 'natural causes', the protestors think the police had a hand in it - see other articles for more), the police continued their heavy-handed policing, taking a break only to engage in the oldest of authoritarian rituals - the donut feast. A box was passed along the front line of riot police, from left to right, each entitled to their selection of one sugary delight. If their blase attitude to their own heave-handedness and brutality doesn't outrage you, I don't know what will.

This comes just a few months after Alexandros Grigoropoulos was shot dead by police in Greece.
¡Ya Basta!
Enough is enough.