Photos from police raid at Rampart

In an obvious attempt to de-escalate the situation after the events of yesterday, police aggressively raided Rampart today. 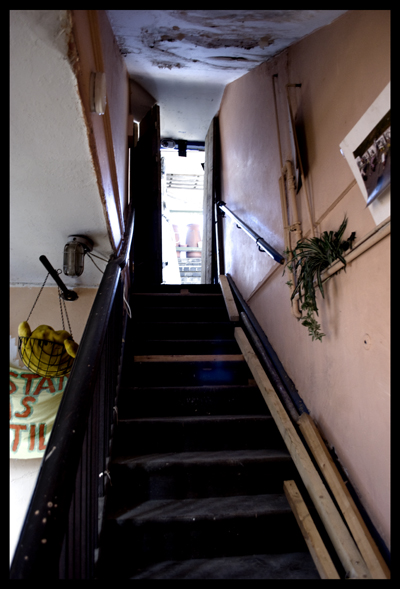 How they got in 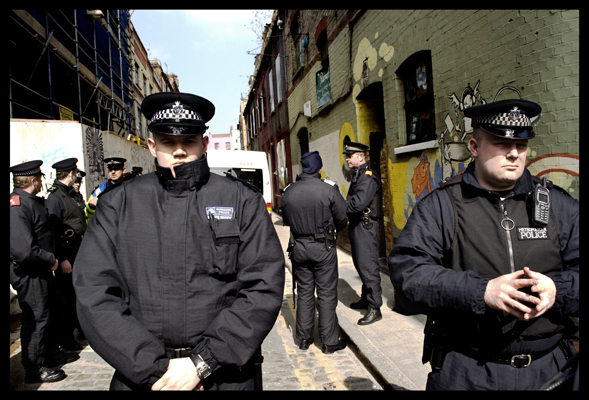 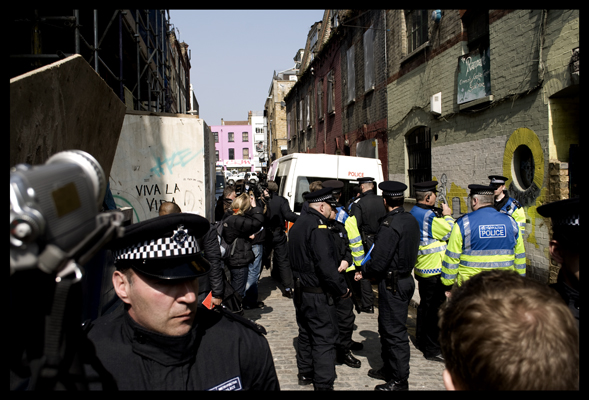 Somebody being led away under arrest 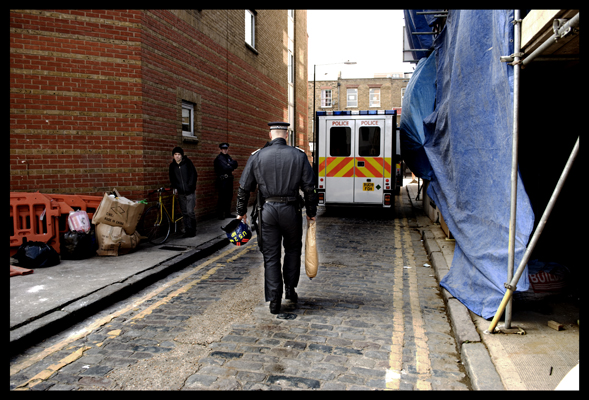 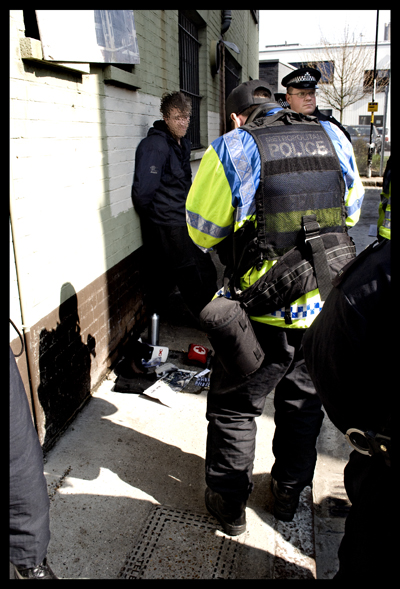 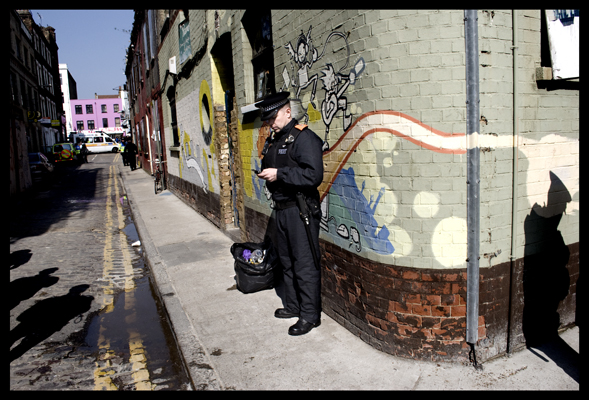 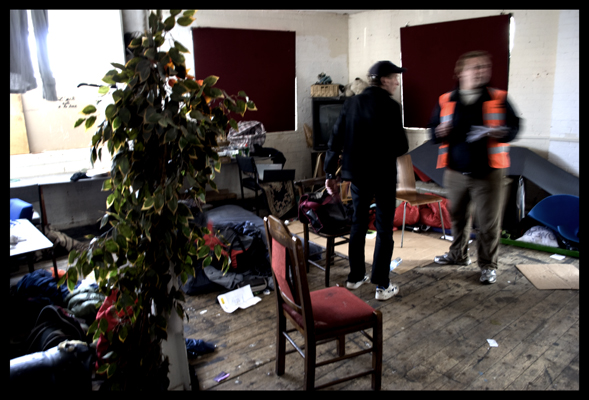 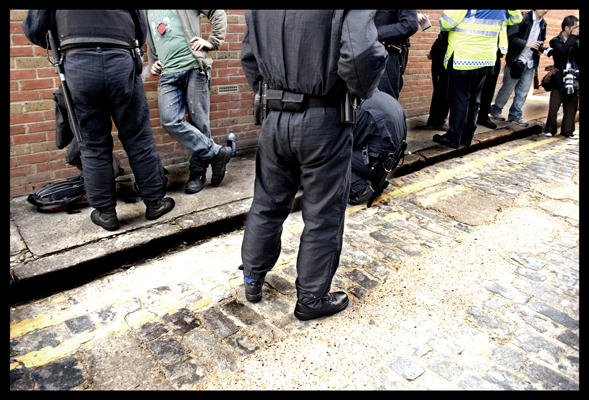 People being searched outside 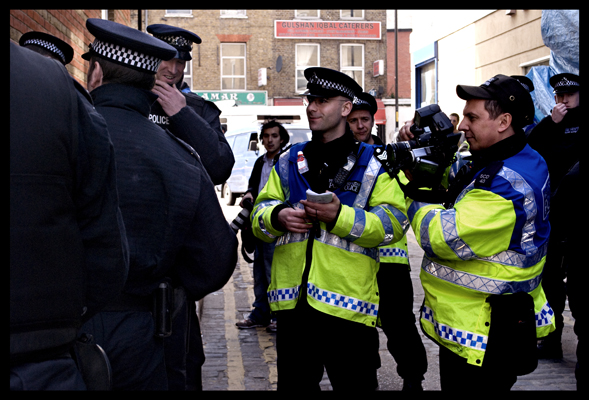 The FIT having a good day...

They came through the roof, smashing their way in and assaulting everybody who was inside. Several people were arrested, including two who had been injured in the raid. Taser guns were aimed at people, while the police harassed and searched everybody who was on the outside.

I was one of the people inside the Rampart St building when it was raided. At the time we were expecting maybe some uniformed police to enter and try to evict everyone but i was shocked to see riot police breaking down the door without ever even a knock at the door. At the time I was standing on the stairs and as such if i moved up the stairs i figured they would have thought i was running away and if i moved down the stairs i thought they would have thought i was going to attack them, so instead i stood at the back of the stairs so as not to block it and put my hands up. The first officer ran by me, the second ran up, grabbed me punched me square in the face and threw me down the stairs into about 6 or 7 other officers who then surrounded me and continually punched me in the face. meanwhile i still had my hands up facing the ground and shouting "i am not resisting arrest" over and over again. they then threw me to the ground on the bottom floor and handcuffed me. I had a black eye and a bloody nose because of it. After sitting around for half an hour, they told me i was not under arrest, then they told me after 10 minutes that i was under arrest for violent disorder based on CCTV footage of me at the protest the day before. We got to the police station where after taking pictures of me wearing every combination of my clothes, they decided to confiscate them. I was then locked up for 5-6 hours when finally I was allowed to see a solicitor and have my interview to find out what they had possibly put me through this for. In the end i was told i was going to be summoned back on bail or cautioned but there was no chance of my release. But when i finally found out what information they had on me, it was laughably thin. Even the police interviewer accepted it was ridiculous. They had a picture of me climbing over into the middle half of the barrier at the bank of england after about 6 others did it. However after the first person was turned back by the police, we all climbed back over. This was my act of violence and disorder...what kind of a police state are we in when police can smash thousands on the head with batons unprovoked and yet someone who dares to put their foot on a barrier is locked up for 6 hours and charged with violent disorder. After i was granted bail, they refused to give me my clothes back. They knew full well i had a lift at 7 or my last bus was at half 10 and yet they released me at exactly 11 which i found suspicious. They released me wearing black plimsolls white jogging trousers and a white tshirt and nothing else. they released me looking like this with all my possessions in a clear plastic bag as the trousers had no pockets. So I wondered the streets of east london on my own in all white with what looked like a swagbag or goodies for anyone to steal from me in the middle of the night. the clothes they confiscated were not for evidence. no forensics were needed from them and i admitted it was me in the photo they had of me. they also had about 10 photo's of me wearing my clothes in all different formats. This was obviously ritual humiliation.