Some pictures from the start of the Climate Camp on Bishopsgate on Wed 1 April, 2009..
Pictures Copyright (C) 2009, Peter Marshall, all rights reserved. 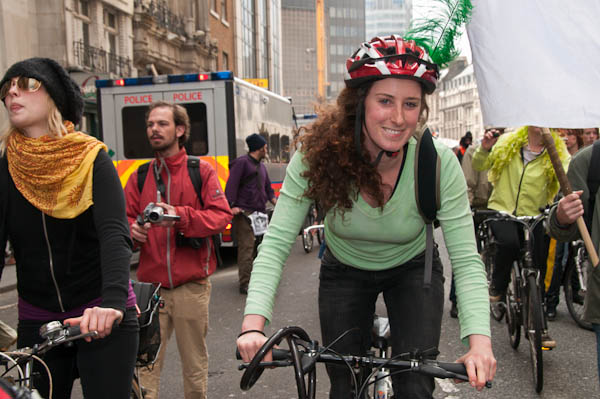 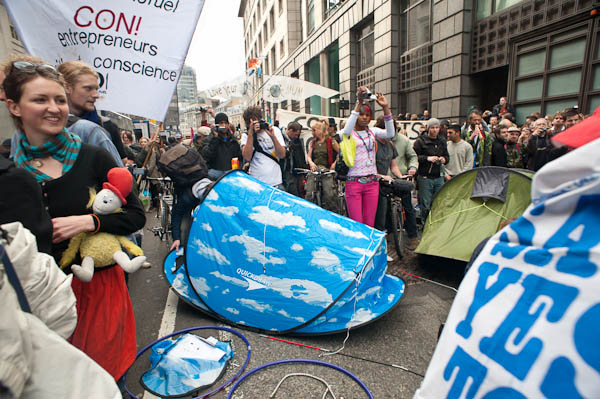 Tents get set up 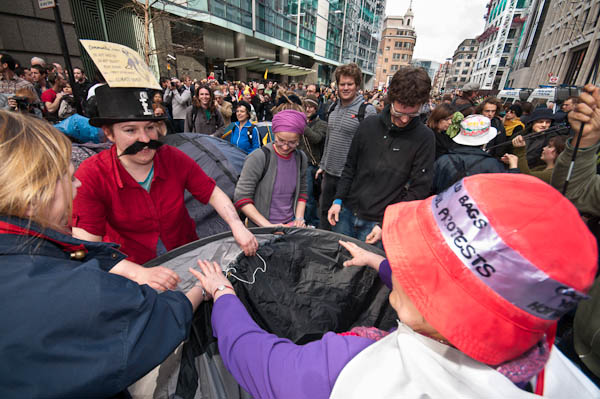 Another tent is erected 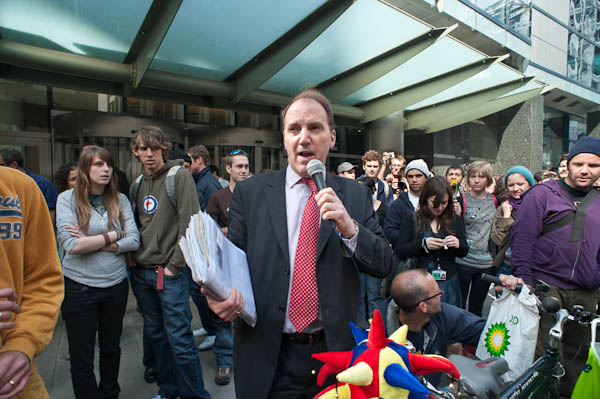 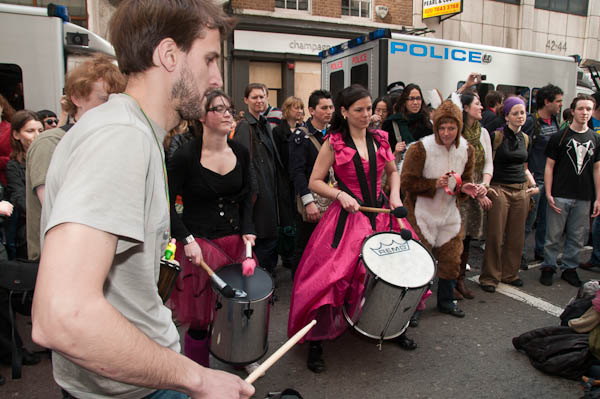 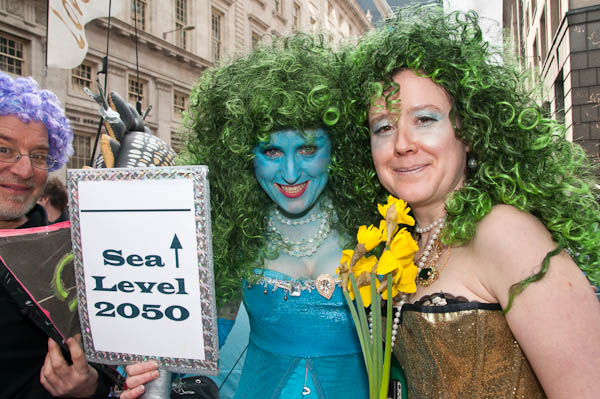 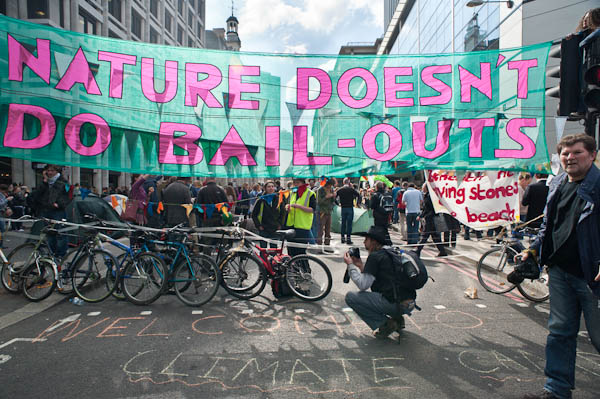 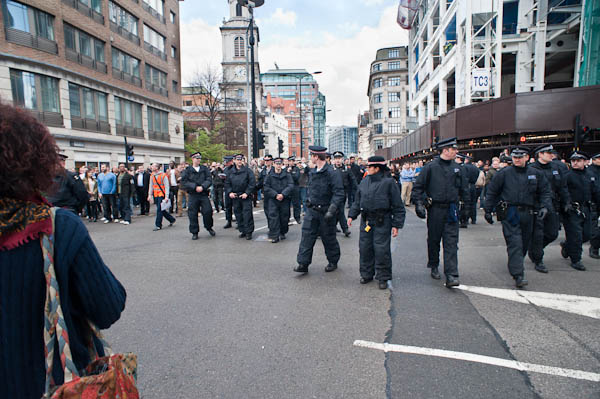 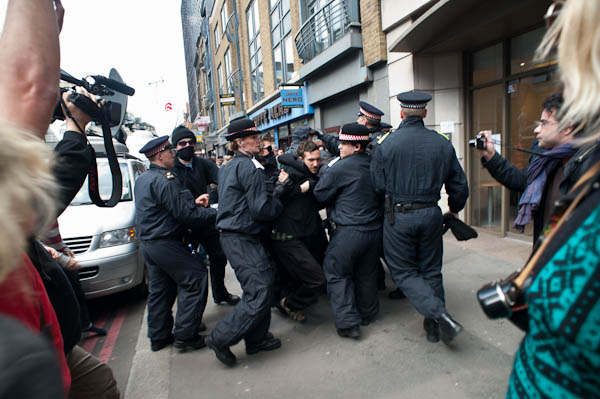 As I stepped onto Bishopsgate at exactly 12.30 the Climate Camp Critical Mass was coming up the road and people emerged out of nowhere to start setting up tents on the road. Although there were a number of police vans on the east side of the road,I saw no attempt being made to stop the tents being set up, although one was very close to the vans and campers were asked firmly to move further away - and did so.

As well as the tents, there was also a sound system and two bands playing, and people began to dance and others to have picnics and to chalk slogans and drawings on the road. An MP made a short speech, saying that he and several other members supported the right to protest and were here to see what the protesters had to say and also to see that they were treated properly by the police.

Although for the first half hour or so the police seemed content to watch the protest, scuffles started to develop around the edges. Most seemed to be caused by groups of police grabbing masked demonstrators and attempting to unmask them. I got the impression that there were many of the police who were there looking for trouble, and wasn't surprised by the later reports of police smashing property and man-handling demonstrators, as well as the arrests. But I left shortly before 2pm to go to the march from the US Embassy.

More pictures and text on My London Diary,