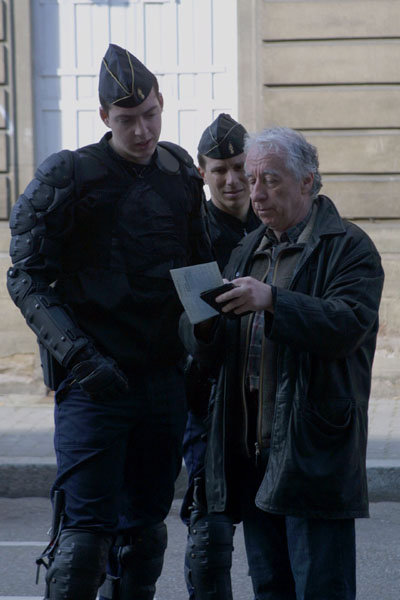 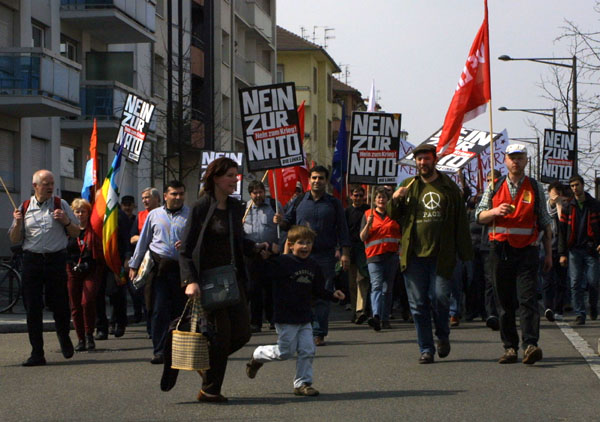 The Germans are Coming ! 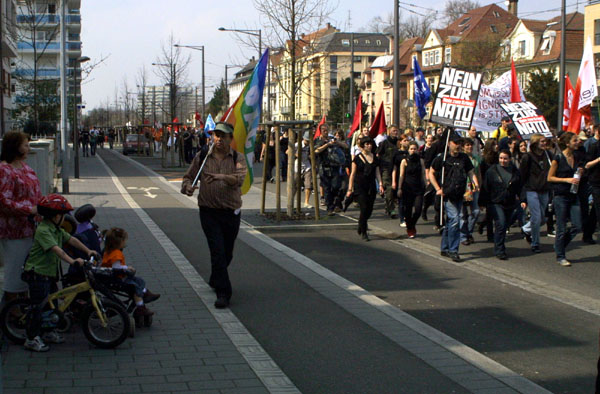 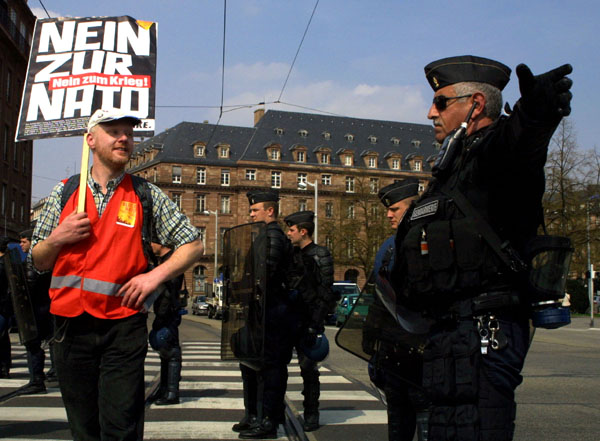 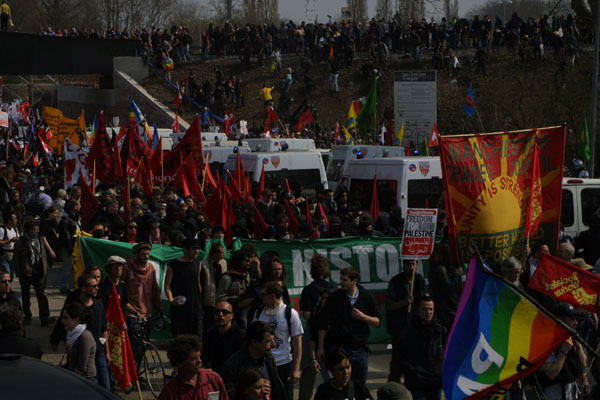 Mass Movement ! Demonstrators on the move 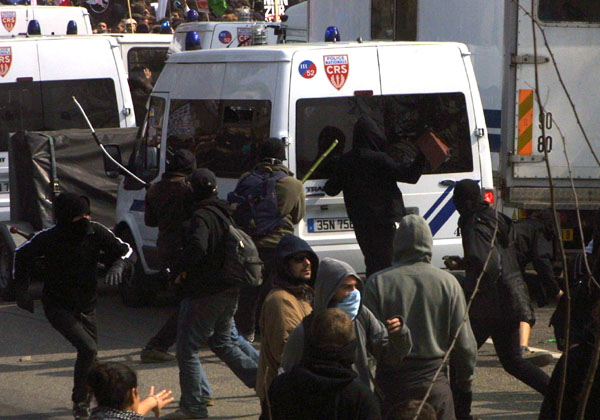 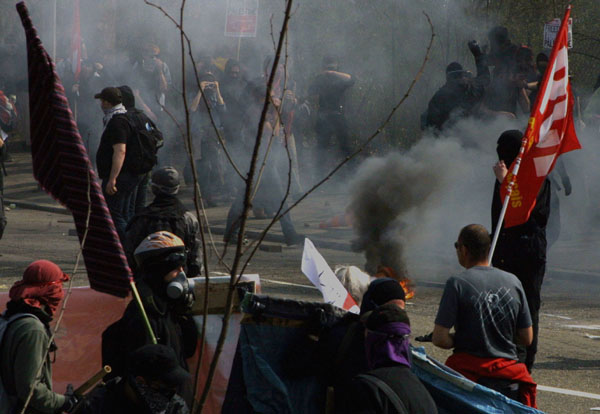 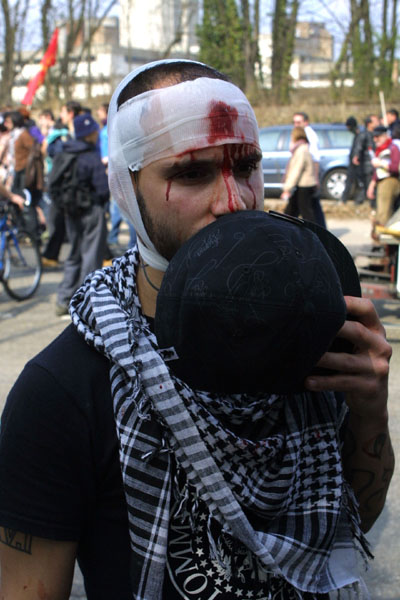 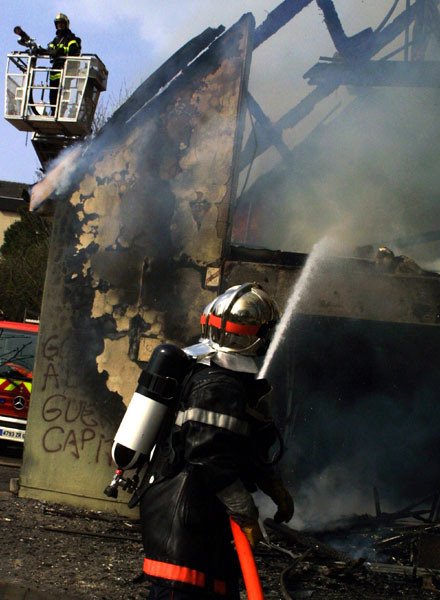 Strasbourg Burning ! A French Firefighter struggles with the Hotel fire 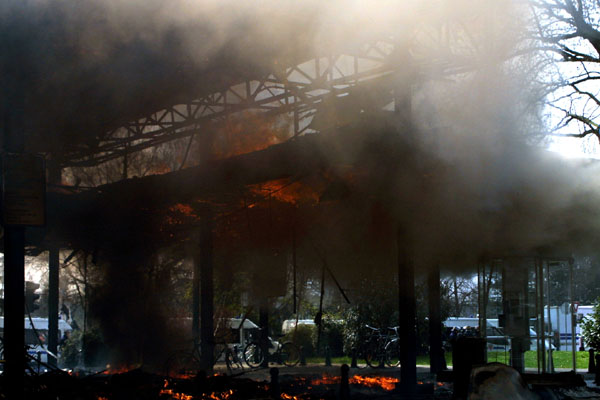 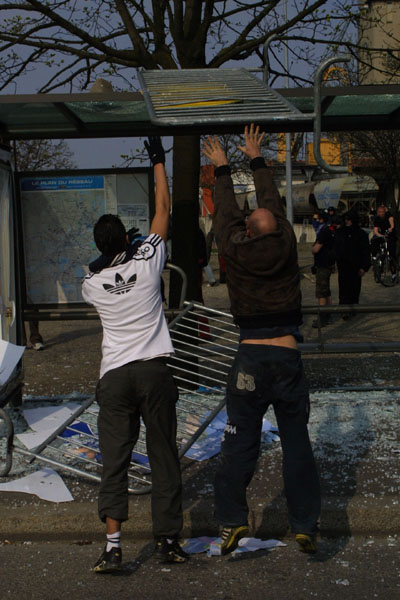 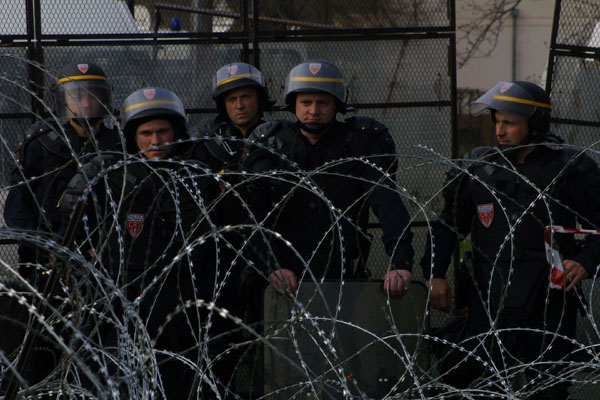 We are Watching You ! French Riot Police await the order

Several thousand Anti - NATO Protesters gathered in Strasbourg this weekend.
Groups from several countries gathered to protest against NATO policy,
which in many eyes is spirally out of control.

With an International Camp of resistance set up south of Strasbourg main airport, demonstrators
were able to successfully co-ordinate a series of well executed protests across the entire city.

With the city centre split into two separate Security Zones, access and day to day normal life for residents and protester alike was severely hampered, with a massive security operation, road blocks and police checks
On resident, who had been previously issued security passes to come and go about the centre.

Inevitably there was amongst those, a hard-core element, who wished to cause destruction and chaos
But in the main the bulk of the protests were peaceful, which, after all is the whole point of an Anti -Nato protest.
Why resort to non-productive, violent action, when the very purpose of this is to oppose NATO both in word and in action.