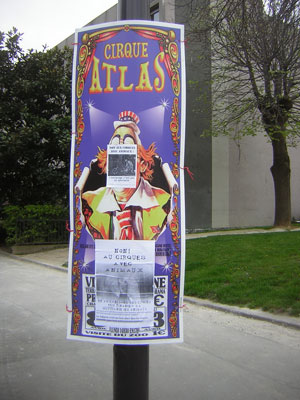 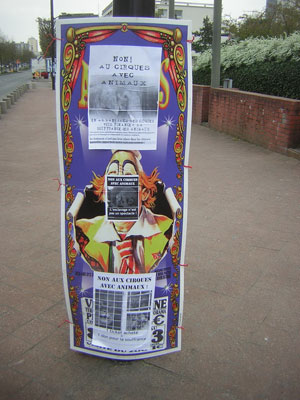 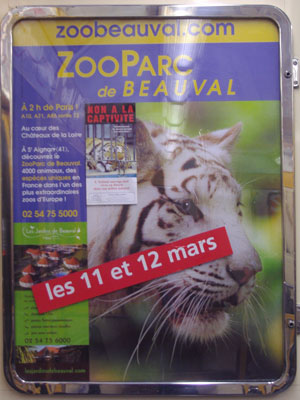 BAYER AND NOVARTIS CRIMINALS TRACKED DOWN AND ATTACKED (Germany)

"NIGHT: Monday 30 - Tuesday 31 March
TARGET: 6 Bayer and Novartis criminals
AIM: Hitting them where it hurts and making their lives miserable. Dropping HLS.
MISSION MESSAGE: There is just one message for Bayer and Novartis. Drop Huntingdon Life Sciences or things will only get worse. You make the animals suffer, we will make you suffer. And Bayer we will never forget you have been supplying gas to the nazi's for killing jews. You are a company without any remorse.

HLS Customer: Novartis
Position: Vice Chairman and lead director (involved in Novartis Germany and international HQ in Switzerland)
Name: Prof. Ulrich Lehner
Address: [***] Duesseldorf
Phone number: [***]
Details: We climbed over his gate. Smashed his doorhandle. Went up to his house and covered the front in spraypaint. We ran to car park. Poured paintstripper over his Porsche and other sports car. Slashed all tires of all cars.

HLS Customer: Bayer
Position: Honory chairman
Name: Hermann Joseff Strenger
Address: [***] Leverkussen
Phone number: [***]
Details: House got covered in spraypaint. Huge slogan was left on his dark garagedoor with white spraypaint, visible from whole street.
Special: You and your family are the worst scum of all. Your dad worked for Bayer during the second world war and that was when Bayer supplied gas to the nazi's for gassing the jews. You followed your dad and just couldn't resist taking more lives of innocent animals. You are part of criminal bloodthirsty family. We will not hold back.

HLS Customer: Bayer
Position: Director Material Science
Name: Dennis McCullough
Address: [***] Duesseldorf
Phone number: [***]
Details: While lights in the house were on and a dog was barking we covered his house in spraypaint. Two cars got paintstripped and tires got slashed.

HLS Customer: Bayer
Position: Director, Minister of foreign affairs
Name: Dr. Franz-Josef Berners
Wife: Doris
Daughter: Hildegard
Address: [***] Leverkusen
Details: House got covered in spraypaint. On big white wall we left message 'Bayer - ANIMAL AUSCHWITZ. DROP HLS'
Special: How was you retiring day Dr. Franz? When you woke up on Tuesday morning March 31 that this will be your last day at Bayer and live your life without your past. But none of this is true. We will keep hunting down the scum who killed animals, not forgetting about gassing the jews by Bayer. We will never let the scum like you life in peace. Your past will always follow you. BTW sorry we missed your birthday on March 27th.

MISSION COMPLETE - NOW FOR ROUND 2...

[***] Personal details removed as per:

"In the morning of April the 6th the A.R.O.M.A (Animal Rights One Man Army) went out again. This time paying a third visit to the Mc-Donalds in Deventer (Netherlands).

Last time I smashed their Mc-Drive windows but later learned they had another one of these booths. This time i also smashed the second one by breaking seven windows. Also a glass door of the eating-zone was smashed.

Cause lets be honest people; The biggest disgrace in the world is that Mc-Donalds is allowed to put the word 'restaurant' above their entrance!

PS: On the other side of the city I smashed the windows and hood of an SUV-Like vehicle. This was at a car dealership since the A.R.O.M.A does not believe in damaging personal belongings. Any property of the State or Companies may be completely destroyed.

"Conscious of the fact that Telmex destroys the land and sponsors bull-torturing events, we of the Brigades for the Liberation of Colima, Mexico have sabotaged over 30 phones in just 2 days.
Sabotage is easy, take action."

The Catholic church has placed ads on hundreds of billboards in Spain comparing the protection of endangered species to abortion. The billboards feature an image of a baby next to a protected species of lynx, along with the slogan, "¿Y yo? ¡Protege mi vida!" ("What about me? Protect my life.")

Activists have damaged, or altered the message on several billboards.

Taking advantage of a storm we entered in the Pisacane fur farm in Santuario (Savona). Our goal was to liberate the animals and inflict economic sabotage to those who make money on their suffering.
The presence of alarms in one part of the fence and the proximity of the house made it impossible to open fences, all reinforced for the fear of liberators.
So we dismantled rows of cages from an empty shed and put them as bridges to freedom.
Opening the cages in 4 sheds was done in a moment. As a lightning in the storm we hit and disappeared.