Police repression still very high: solidarity needed! Go down and make sure the Tamils are not subjected to police brutality! 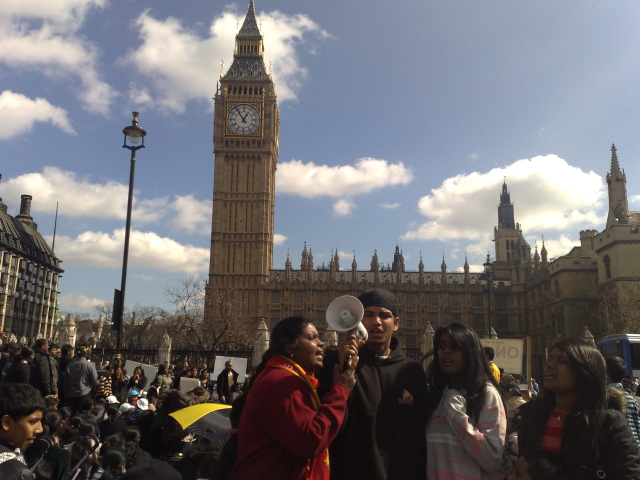 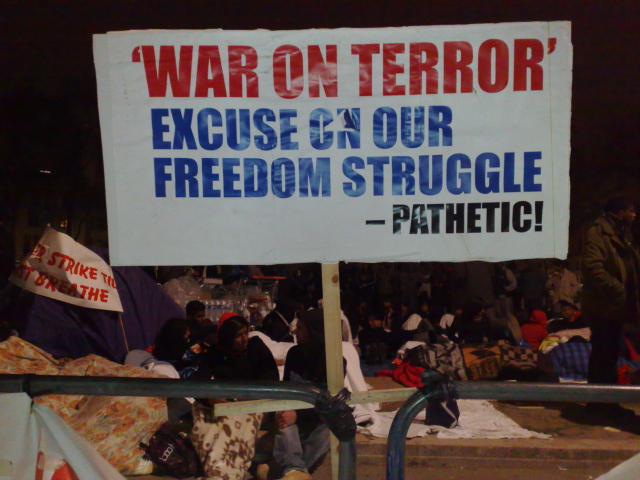 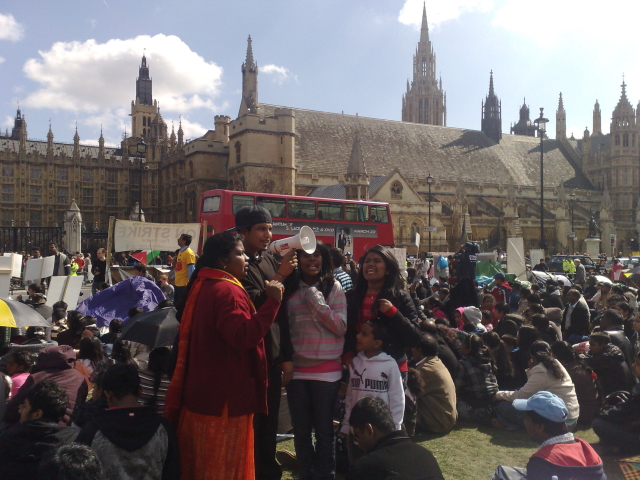 The numbers have swelled over the past 4 - 5 hrs to about 2000+ people by 14:00 hrs.
A vast majority are teenagers, children (on school holidays) and even a lot of toddlers (with prams)
After two bouts of trying to unsuccessfully snatch flags hoisted by the children in the middle of the square the police are looking on in amazement on the edges of the square.
Even the police seem to recognise the energy projected by the young protesters who are leading the chants 'we want ceasefire; Sri Lankan president -- War Criminal' etc.
But the protestors on the square are serious about their clear demands that Gordon Brown himself attend to the ceasefire call.
Everyone is sitting down patiently and there are few trains of people are snaking through the crowd with the chants.
Following the two minute silence observed last night there was another five minute silence observed as we write this at 14:15. It is not clear what it is for as the 'criminalisation' of the whole event on unclear basis seems to prevent clear communication from those who were organising this silent solidarity of some sort (must have been for those who have been subject to the accelerating Genocide of Tamils).